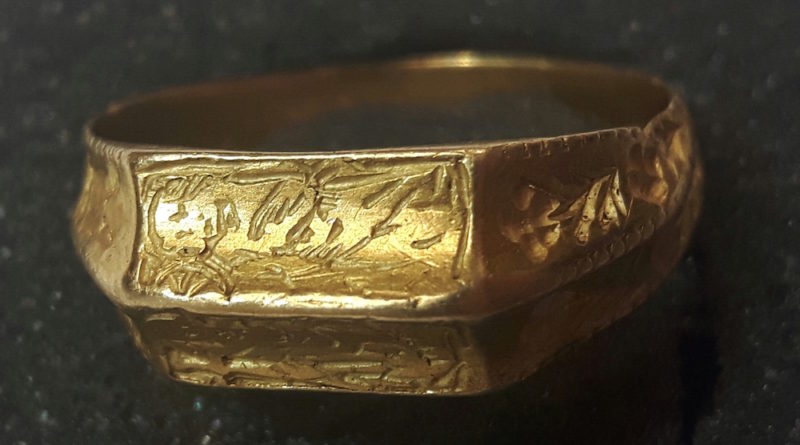 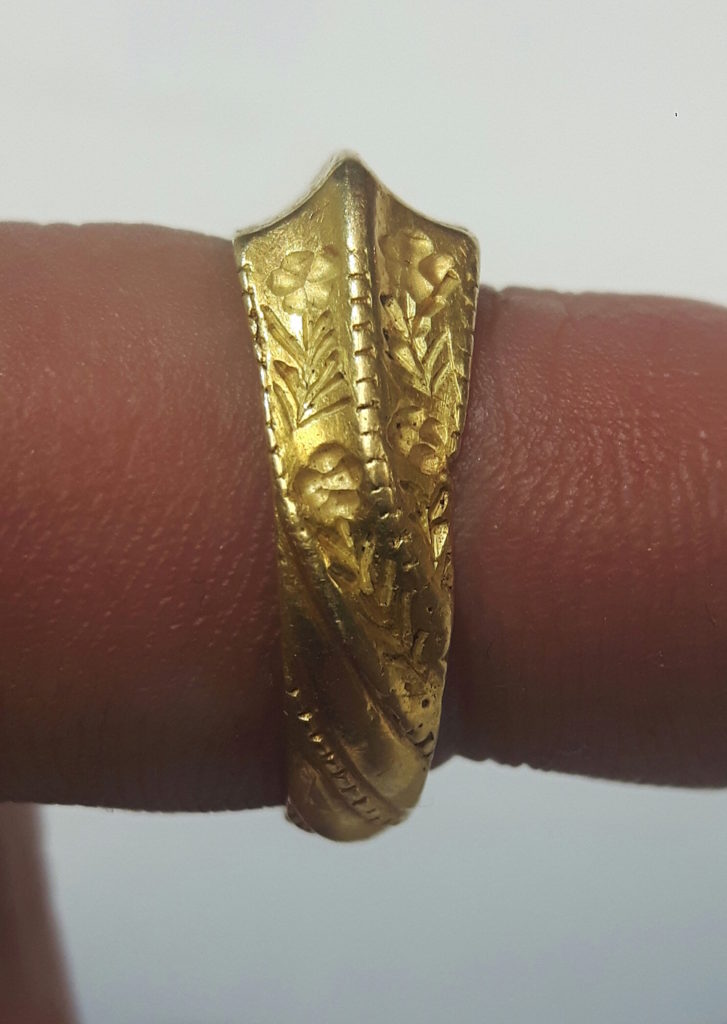 A metal detectorist was left shaking with excitement when he unearthed a 15th century bishop’s ring in a farmer’s field in Yorkshire, which could be worth up to £10,000.

Adam Day, 30, from East Hull, who took up his hobby three years ago, was astonished to make the discovery and knew immediately it was something special.

He said, “I was shaking when I found it. It was quite close to the surface, not buried deep in the ground. It is engraved with St George and St Catherine and features floral emblems. Beverley Minster is nearby and it’s likely the ring belonged to a priest from there. It dates back to between 1450-1550.” 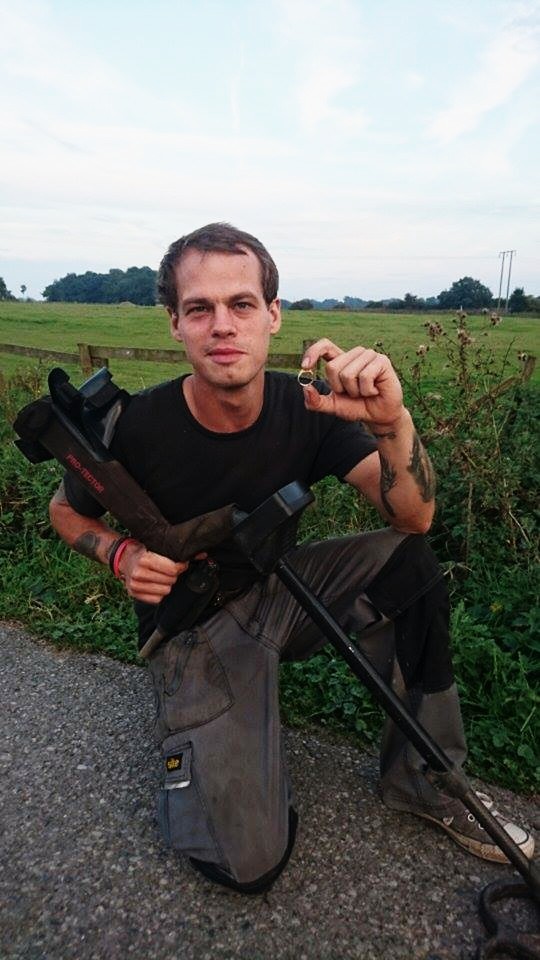 The 20-carat gold, iconographic medieval ring will be sold at Hansons Auctioneers’ Historica Auction in Derbyshire on January 24 with an estimate of £8,000 to £10,000 and is expected to be highly sought after.

“It is a superb example of the craftsmanship of the time. Only high-ranking figures such as bishops or nobility would have been able to afford a ring of such high quality featuring fine decorative engraving and faceting.

“It may well have belonged to a bishop from Beverley Minster and would have been commissioned.” 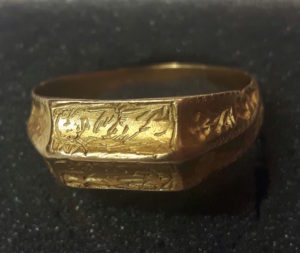 The ring was found near Beverley Minster in Beverley, East Riding, one of the largest parish churches in the UK. It is bigger than one third of all English cathedrals and regarded as a gothic masterpiece.

“You can see Beverley Minster from the field where I found the ring,” said Mr Day, a HGV driver, who sought the farmer’s permission before exploring the land with his friend, fellow metal detectorist Pete Birkett. “I have had some interesting finds before including a Bronze age flat axe and Celtic brooch but this is the best one yet.”

Last summer, a unique 15th century sweetheart brooch, believed to belong to English nobility and featuring similar floral patterns to the bishop’s ring, sold for £20,800 at Hansons, from an estimate of £6,000-£8,000.

The brooch, steeped in romance, was found on land near Kirby Muxloe Castle in Leicestershire by a metal detectorist in 2016. It is believed it was given as a gift of love from William Hastings, 1st Baron Hastings, to his wife Katherine Neville, who he married in 1462.