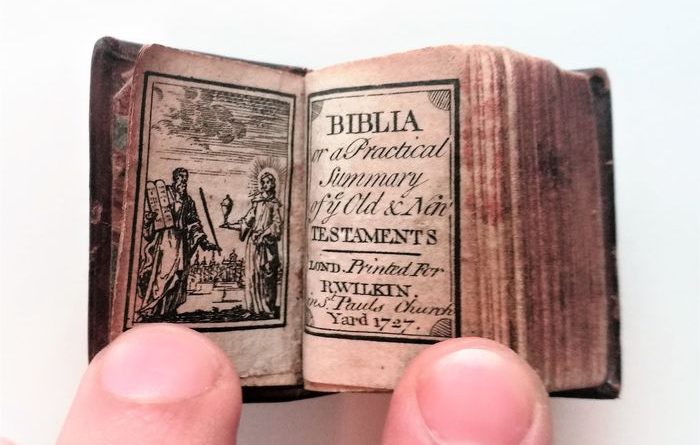 As the old year passes, taking with it a colourful array of stories including a royal engagement, the continuing saga of Brexit and (who can forget) covfefe, we take a look at some of the more unusual items that went under the hammer in 2017, including the world’s smallest bible that commanded an impressively large £3,000. 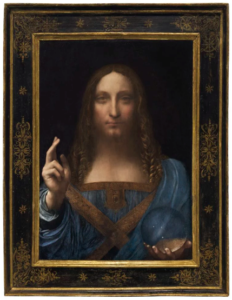 Leonardo da Vinci’s Salvator Mundi (Saviour of the World) was bought for an astonishing £342 million in New York in November, shattering the record for the most expensive artwork ever sold.

The painting was originally sold for just £45 in the 1950s when it was mistaken for a copy. It is now the last remaining Leonardo in private hands. It sold for a total amount, including fees paid by the winner to the auction house, of £342 million following 19 minutes of bidding at Christie’s in New York – despite lingering questions by some experts over its authenticity and condition. 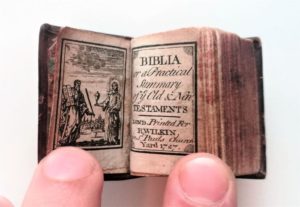 Auction site Catawiki sold the world’s smallest legible and illustrated copy of the Bible, printed in 1727, for £3,000. If small Bibles were a hot ticket item in 2017, Bibles owned by big names have been popular in the past. Mark Borgman at Catawiki, said of the sale of rare Bibles, “Bibles that have been previously owned by deceased celebrities and iconic figures often fetch substantial price at auction. Notable lots include a Bible belonging to Elvis Presley, which sold for £59,000 at auction in 2012, and a Bible belonging to Ronnie Kray, with chapters on judgment and damnation bookmarked, which went under the hammer in 2014.” 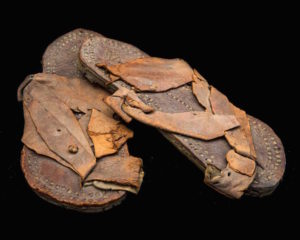 Lawrence of Arabia’s century-old Arab sandals – unearthed in a Waitrose carrier bag in Derbyshire – sold for thousands at Hansons auctioneers in Derbyshire. Though they looked a little battle-weary, they were still wearable and part of an incredible collection of items that belonged to one of Britain’s most important military figures. The lot sold for £2,600. 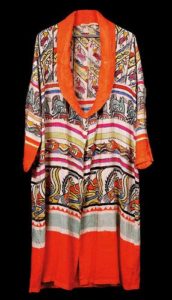 A striking piece of British avant-garde fashion, made in the run-up to the First World War, sold for £29,000 – eight times its estimate at Oxfordshire saleroom, Mallams. Designed by the artist Percy Wyndham Lewis c. 1912-1914, the embroidered and block-printed silk robe is an example of a small group of daring textile designs created by Lewis. Mallams’ specialist Philip Smith described the robe as “a museum piece”. 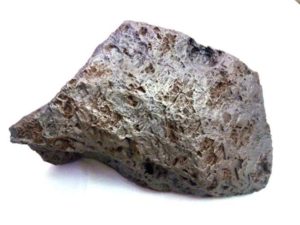 At 4.5 billion years old – the same age as the earth itself, a part of a meteorite sold at auction for over £14,000, becoming one of the oldest items ever sold. Found in the early 20th century, its looks are unassuming, however it is extremely rare. The iron meteorite is of the ‘octahedral rite type’, from the world-renowned Muonionalusta meteorites collection and is a large specimen, around the size of a small child.

We wouldn’t recommend putting this one through the dishwasher! An extremely rare and ancient Chinese bowl sold for a record price of £28 million at auction. The nearly 900-year-old porcelain bowl from China’s Northern Song dynasty (960-1127) was sold to an anonymous phone bidder at a Sotheby’s sale in Hong Kong.

A 205 million-year-old dinosaur skeleton from Lyme Regis in Dorset roared past its estimate of £20,000 to £30,000 to sell for £92,280 at The 5th Evolution Auction at Summers Place Auctions in West Sussex. An exceptionally rare example, the three-dimensional Plesiosaur skeleton was discovered in the Lyme Regis region. 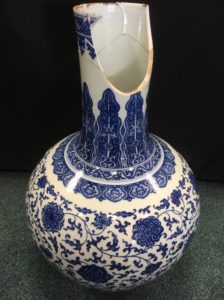 Despite significant damage to its rim, a large and “magnificent” Chinese blue and white porcelain vase sold for £150,000 at a fine art auction in Shrewsbury. Standing 55cm high, the bottle shaped vase attracted global interest when it went under the hammer at fine art auctioneers Halls’ country house auction. Read more. 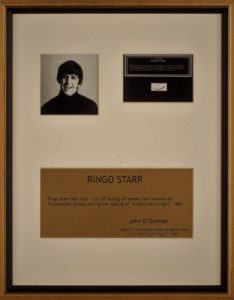 Earlier in the year a lock of hair belonging to the King of Rock n’ Roll, Elvis Presley sold for over £1,000. The lock, which is in pristine condition, had been saved by Elvis’s personal barber, Homer Gill Gilleland who toured with Elvis for more than 20 years

Locks of hair belonging to the entirety of the Beatles also sold for over £10,000 this year, as well as the hair of Marilyn Monroe and Napoleon. Catawiki’s Mark Borgman says, “The market for dead celebrity hair is very lucrative, as super fans believe that in owning their icon’s hair, they own a part of them forever.”

The most expensive car boot sale item ever 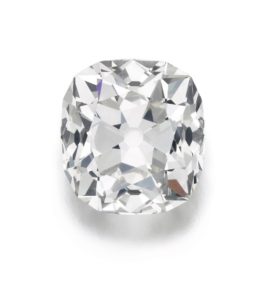 A diamond ring bought at a car boot sale for just a tenner was sold for £656,750 at auction in London. The jewel was expected to fetch £350,000, but went for almost double that at Sotheby’s in April. The owner believed the “exceptionally-sized” stone was a piece of costume jewellery when she bought it at West Middlesex Hospital in Isleworth, west London, in the 1980s. Read more.

A letter written on the Titanic 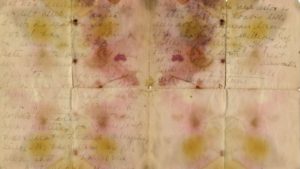 The last-known letter written on board by a passenger who perished when the Titanic sank – which contains the poignant prediction that “if all goes well we’ll arrive in New York on Wednesday” – sold for a record-breaking £126,000 at auction. The handwritten note on three pages of embossed White Star Line stationery was written by Alexander Oskar Holverson, a first-class passenger, to his mother the day before the liner struck an iceberg.

A bag of moon dust 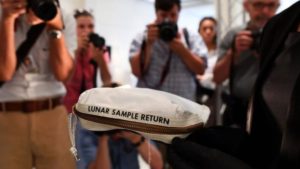 A bag used by US astronaut Neil Armstrong to collect the first ever samples of the moon sold at auction in New York for £1.4m. The outer decontamination bag from the Apollo 11 mission in 1969 was bought by an anonymous bidder. The white bag still carries traces of moon dust and small rocks. 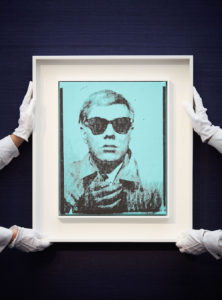 One of the world’s first examples of the ‘selfie’ sold at Sotheby’s Contemporary Art Evening Auction for an impressive £6 million. The self-portrait by Andy Warhol, one of the first in a series created by the artist, was made using images snapped in a photo-booth in New York. It’s the first time the work had appeared at auction, 30 years after Warhol’s death in 1987. Read more.