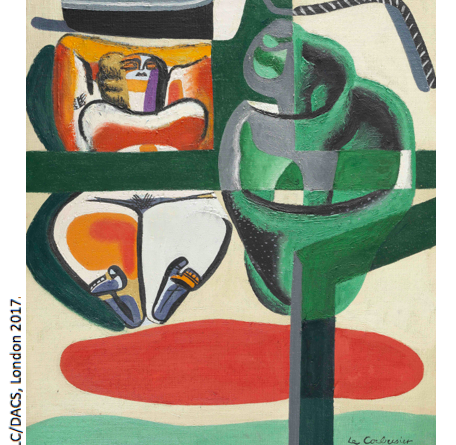 A painting by one of the most influential creative figures of the last century, Le Corbusier, is coming to the market for the first time in Bonhams Impressionist & Modern Art Sale on March 1. 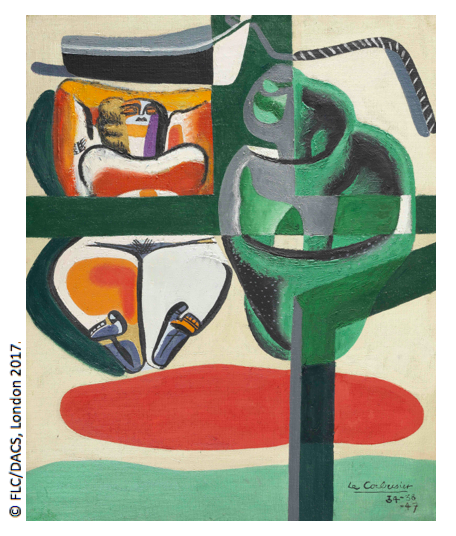 Architect and artist Le Corbusier’s Baigneuse, Barque et Coquillage (painted between 1934-47), which had been purchased directly from the artist’s estate, will appear for the first time at the auction.

The painting has featured in several international exhibitions over the years and is considered one of the key works by Le Corbusier. It has an estimate of £1.4-1.8 million.

Le Corbusier was born in Switzerland in 1887, and rose to be one of the most influential and creative forces of the 20th century. As a multidisciplinary artist, his striking buildings and paintings are still celebrated to this day and retain their influence.

In 1918, Le Corbusier collaborated with Amédée Ozenfant to write the manifesto, Après le Cubisme, which offered an alternative to what the two artists saw as the increasingly decorative forms of synthetic cubism, the dominant style in Paris practiced by artists such as Picasso and Braque. From this manifesto, Le Corbusier developed Purism, an expression of clear, architectural lines and design that would be used across his architectural and artistic practice.

Le Corbusier’s alternative vision was further shaped by an overarching focus on the theme of Arcadia – a utopia grounded in the ancient ideal of the synthesis between man and nature. Painted from 1934 to 1947, Baigneuse, Barque et Coquillage is a seminal expression of Le Corbusier’s Arcadian ideal and his incorporation of organic, sensual subjects that reform his clean lines of Purism. The design is further informed by Leonardo da Vinci’s Vitruvian Man – the divine proportion in art – that underlies the painting’s composition whereby the cruciform line divides the balance between the female nude and shell in the painting.

Bonhams Head of Modern & Impressionist Art, India Phillips said: “Le Corbusier is without doubt one of the towering figures of the 20th century and it is a great honour to offer his work for sale. Executed over several years, something unique to this artist, Baigneuse, Barque et Coquillage highlights Le Corbusier’s ability to transition between architecture, classicism and avant-garde ideas. He was truly ahead of his time.”