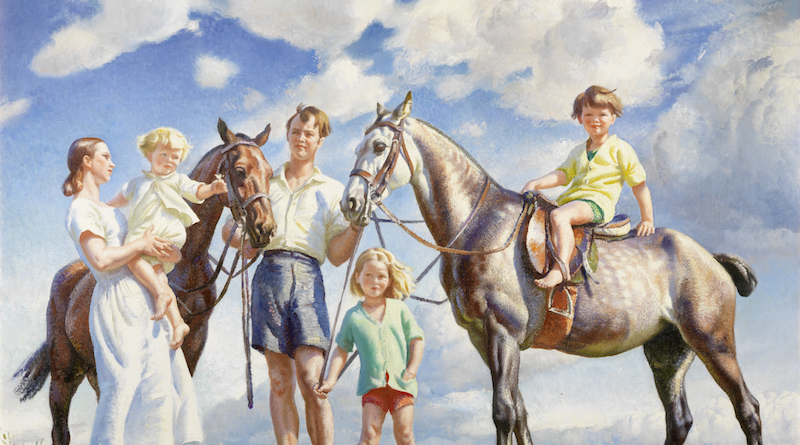 An coastal painting by one of the foremost British artists of the 20th century, entitled A Seaside Holiday is to be sold in Bonhams 19th century European, Victorian and British Impressionist Art sale on March 14, 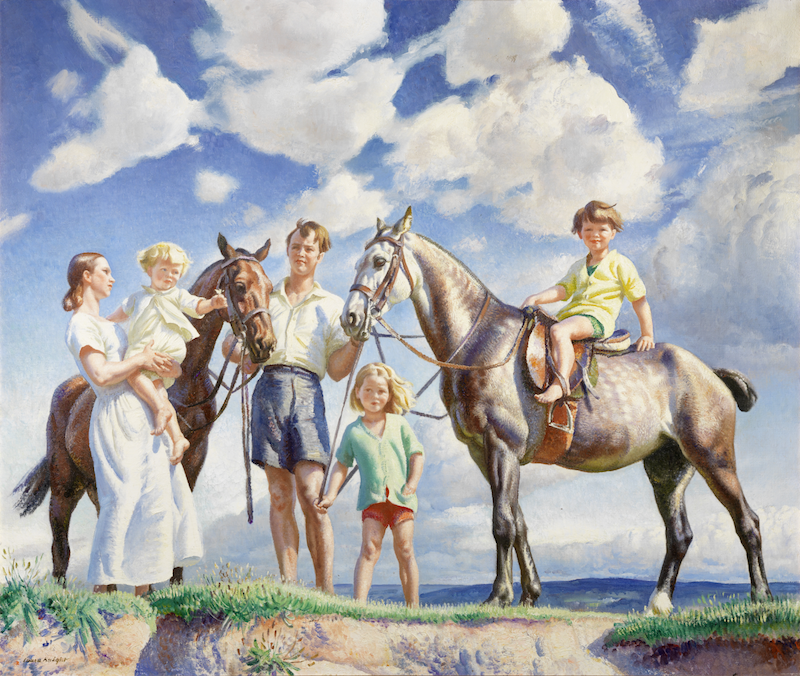 Dame Laura Knight (1877-1970) was the first woman accepted to the Royal Academy in 1936, a significant feat from its founding in 1768. Indeed, Laura Knight paved the way for women artists by depicting alternative subjects such as circus performers – an unusual subject for a female artist at the time.

Her travels along the British South Coast with the Great Carmo Circus in 1929 highlight an audacious character alongside equally compelling works.

A Seaside Holiday was painted in 1931 and depicts the de Peyer family at their country home at Middleton on Sea, England.

The de Peyers were a family of musicians – Edith de Peyer would often hold salons at her home in St John’s Wood in London, where Laura Knight would attend.

Most significantly, the painting features a young Gervase de Peyer atop of a horse.

Gervase would later become a world-famous clarinet virtuouso with a Principal position at the London Symphony Orchestra and in 1969, a founding member of the Chamber Music Society of the Lincoln Center in New York.

Despite moving to New York, Gervase de Peyer maintained a legacy between the de Peyer and Knight families in London. When Laura Knight passed away in 1970, Gervase purchased her house in St John’s Wood and displayed A Seaside Holiday in her studio as a tribute to the artist and his parents.

Bonhams Head of 19th Century Paintings, Charles O’Brien said: ‘We are delighted to be offering Dame Laura Knight’s A Seaside Holiday – painted in 1932, the work gives a rare insight into Laura Knight’s personal and long-lasting relationship with the de Peyer family. The painting is a fantastic tribute to the family, as well as a key example of Knight’s leading role in British Impressionism.’

Other Highlights from the sale include: