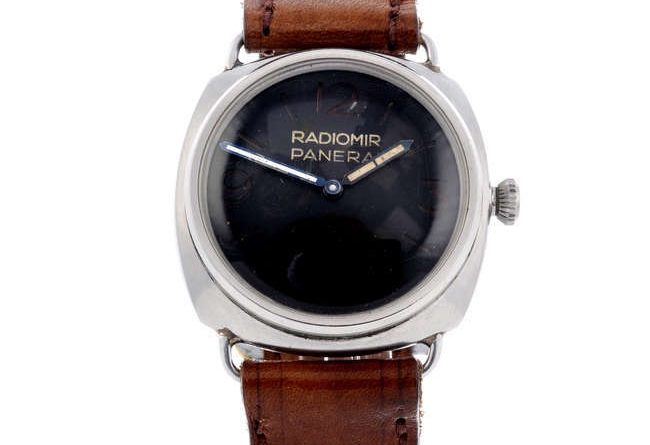 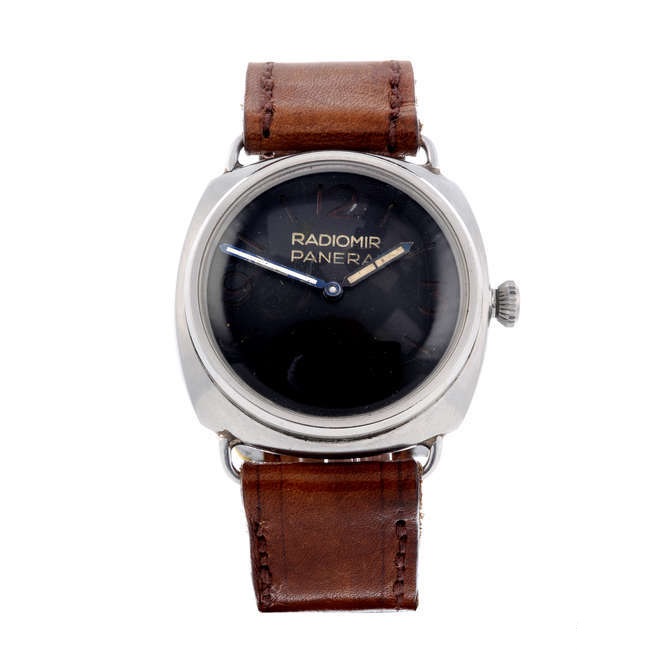 A rare and historic WWII Panerai military diving watch has sold for over £50,000 at Birmingham auctioneers, Fellows.

The Panerai watch, which sold for £52,316, was originally intended for the Italian Decima MAS, a frogman unit of the country’s navy, until they were taken by the Germans.

The watch then passed to a German kampfschwimmer frogmen who is known to have received special training in Italy and wore an Italian-made rubber diving suit.

The vendor of the watch is the son of British soldier, George H Rowson, who was present during a thwarted attempt by German forces to destroy the Nijmegen Bridge in Holland, in September 1944.  After completing their mission to fix charges on the bridge’s main supports under the water, the Germans left the river, mistakenly thinking they were back behind their own lines. They were then captured by a section of British soldiers, which included Rowson, and the charges were defused.

The Panerai was sold with a a hand-written account of the event by Rowson, a section of the rubber diving suit acquired from the German soldier, and photocopies of important documents related to Rowson.