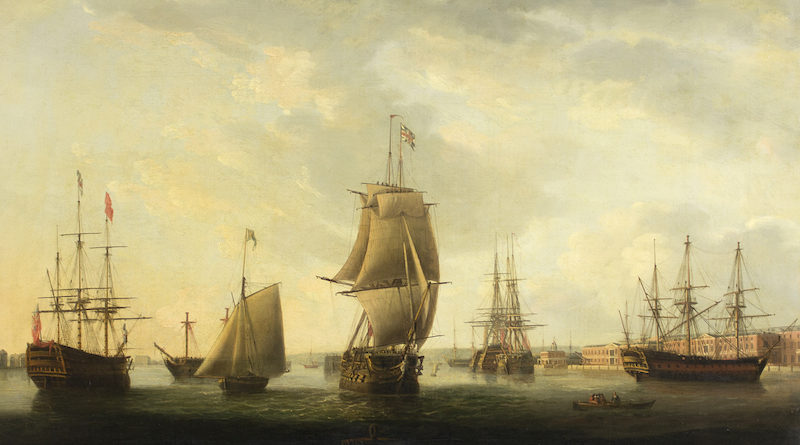 A country house near Tetbury provided several of the auction’s top lots, including £15,000 for a painting depicting Portsmouth 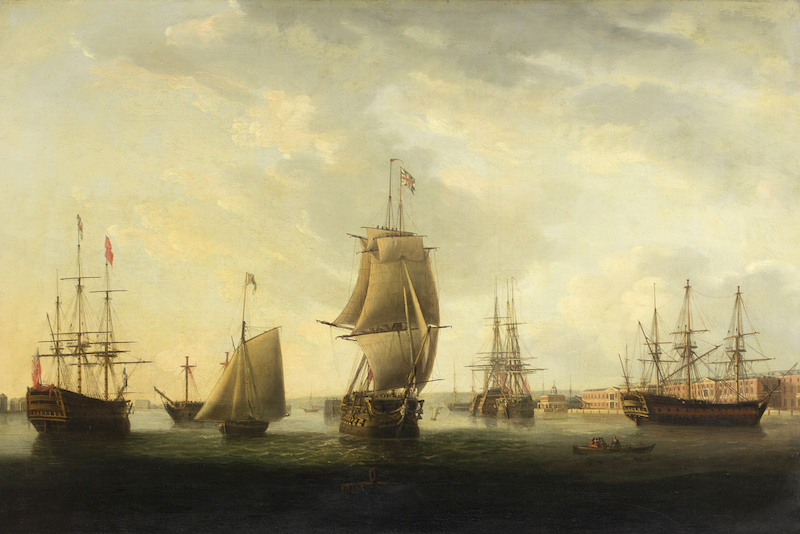 The painting had three ships in harbour, and was comparable to works by the 18th-century marine artist, Elliot.

Another maritime painting, this time by Arthur Wellington Fowles, showing a view of a racing schooner off the Isle of Wight, sold to an international buyer for £3,200.

The same Tetbury house also provided various books from its library, such as illustrated botanical works. These included The Botanical Magazine, or Flower-Garden Displayed by William Curtis, which was almost complete, in fair condition, and fetched £5,500.

Redmarley’s The Down House, once the home of Victorian playboy, Sir George Bullough, provided a selection of decorative furniture and furnishings for the sale. These included:

Elsewhere in the sale, a small selection of items from Treago Castle in Herefordshire produced two surprises, both in the picture section.

A painting by Joseph Severn depicting Dr Acland sketching in the Campagna, hammered down at £3,500, an oil by William Etty (1787-1849) depicting Christ carrying the cross achieved the same price. 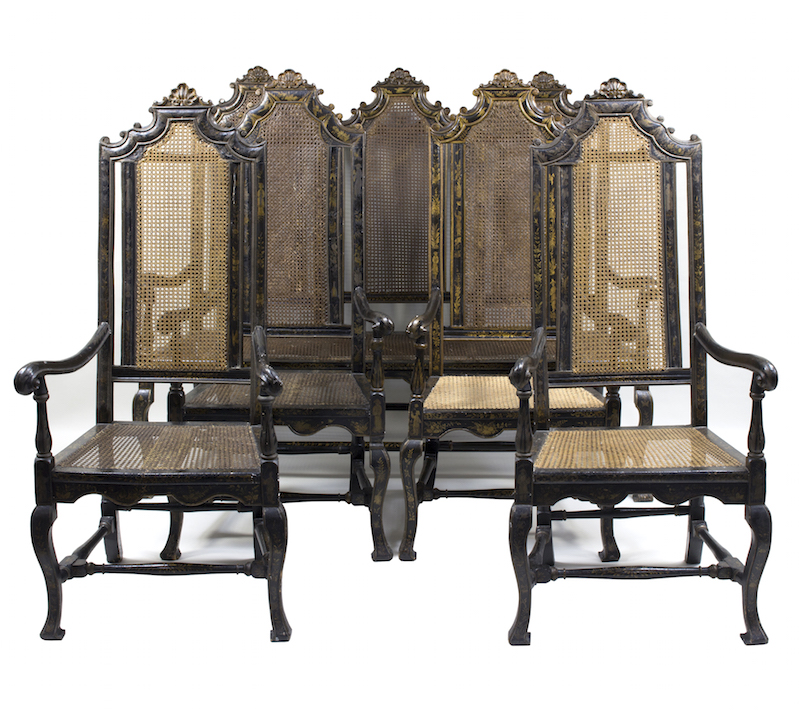 The leading lot from Little Sodbury Manor was a suite of japanned furniture (right) which had been purchased from the Lord McAlpine house sale of West Green House in 1990, this time it sold for £5,000.

Items from other properties included:

A garniture of three Pinxton porcelain D-shaped bough pots painted with buildings, including one titled Butterley Hall. Two were signed Sarah or S Jessop, she was the wife of William Jessop, the noted civil engineer best known for his work on canals, harbours and the early railways and co-founder of the Butterley Iron Works, Derbyshire.  The Pinxton factory was in operation for less than 20 years and its wares are now highly collectable. This rarity combined with the connection to the Jessop’s and the industrial history of Derbyshire saw bidding reach an impressive £7,000.