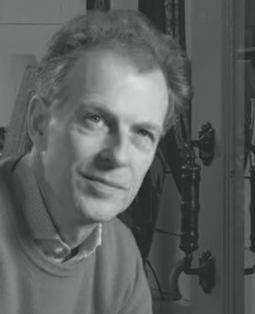 James McWhirter from Chelsea-based James McWhirter Antiques specialises in quirky furniture and works of art from the 18th century to the present day. He will be exhibiting at next month’s BADA Fair from March 14-20.

What was your first antique?

The first pieces I bought were English teaware of the late 18th century when I was about seven. At the time most “normal” children were collecting football cards. I was a regular visitor to country antique shops and even then loved the teaware’s incredible variety of design and wonderful colour combinations, much of which was painted by children.

Who influenced you most?

Collecting things runs in the family: Ross McWhirter, my father, and his twin brother, Norris McWhirter, are well known for spending their lives collecting and collating facts. Added to which, I am not a minimalist.

I bought, and still own, a giltwood chandelier possibly by Thomas Chippendale. My biggest mistake was a bureau bookcase which I bought for way too much money, hung on to for too long and ultimately sold at a loss.

I like the fact that social media and trading websites are providing a far greater audience. Being trusted to sell and ship things half way across the world on the strength of a photograph does widen one’s horizon.

What do you dislike most about today’s antiques business?

Lower footfall in the shop. There are few things to beat an enthusiastic client taking the plunge, paying for, and taking away something I had been pleased to own.

Which fairs do you attend?

We recently started showing at the BADA Fair in March and the Battersea Decorative Fair in the autumn. I visit as many of the fairs in London as I can cope with, as well as occasional trips to Europe and the US.

What is your best reference book?

I devour so many books on decoration, monographs relating to architecture and works of art that I really can’t single one out.

When did you start in the business?

I set up my own company in 1988 after a friend said he and his business partner had a shop to let on Park Walk. Prior to that I had spent seven happy years at Stair & Company, which was one of the leading dealers in 18th-century English furniture but has since closed down. Miranda was my friend’s business partner and we married two years later.

What single thing would improve the quality of your life?

A massive windfall, as most dealers and designers do their best work when resources allow.

What piece would you still most like to find?

It would be an absolute dream to stumble across a piece of Medici pottery.