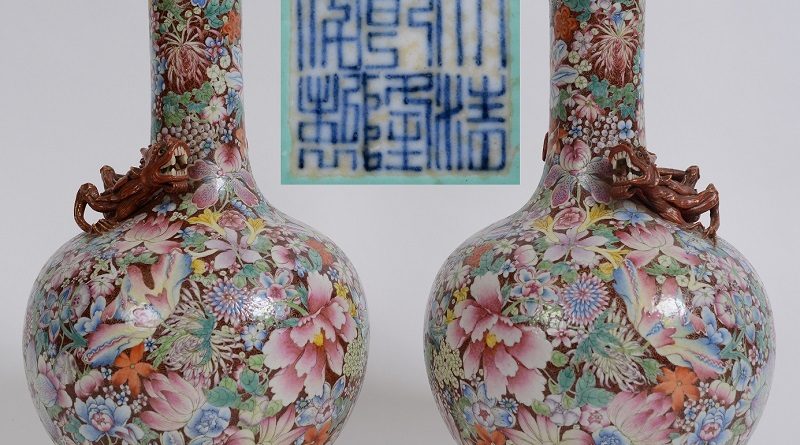 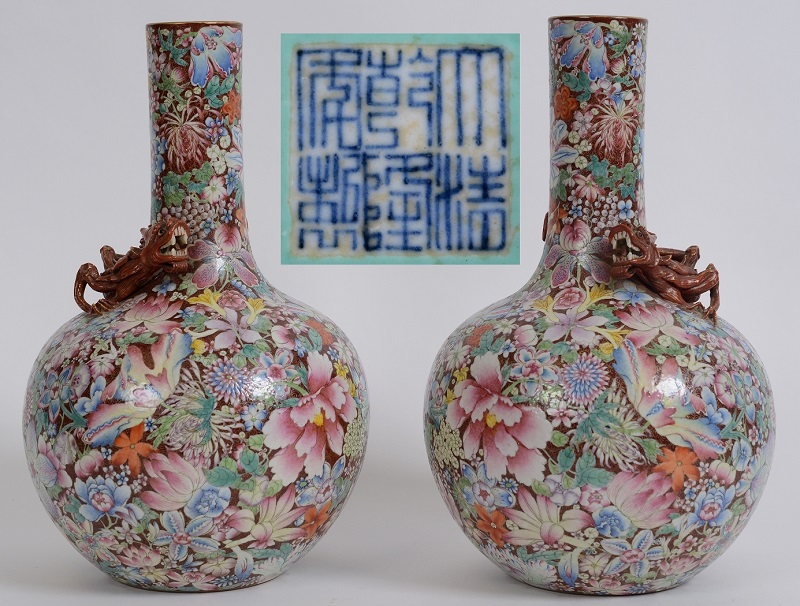 A pair of antique Chinese millefleurs vases that was shipped to Britain during the Japanese invasion of China before the outbreak of World War II is to go under the hammer at a Dorset auction house with an estimate of £6,000 to £10,000.

Each of the Chinese millefleurs bottle-shape vases is 30cm high and applied with dragons on their shoulders.

Richard Bromell of Charterhouse in Sherborne, commented, “The pair of Chinese millefleurs vases are one of the stand out lots in the sale for me. Painted in bright famille rose enamel colours with millefleurs, or a thousands flowers, they are wonderful quality and will appeal not only to Chinese mainland collectors, but also Europeans and, of course, the Americans who really go in for this look and design.” 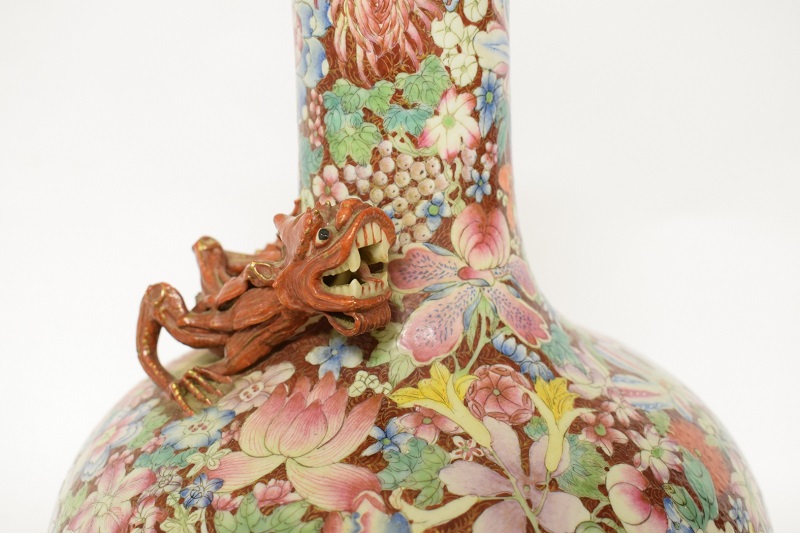 The vases were owned by the vendor’s late parents who lived in China during the 1920s and 1930s, running a piano manufacturing business. With the Japanese invasion of China, they ended up having to return to Britain more quickly than was expected.

However, with their business in pianos, they were well versed in exporting and arranging shipping around the world. Therefore, they managed to send quite a number of their possessions safely to Britain including the pair of vases.

The vases will be part of the auction house’s April Asian Art auction, which also includes a selection of Chinese, Japanese and other Asian ceramics, bronze Buddhas, scroll paintings, silver, furniture and works of art. The sale takes place on April 19 and 20.