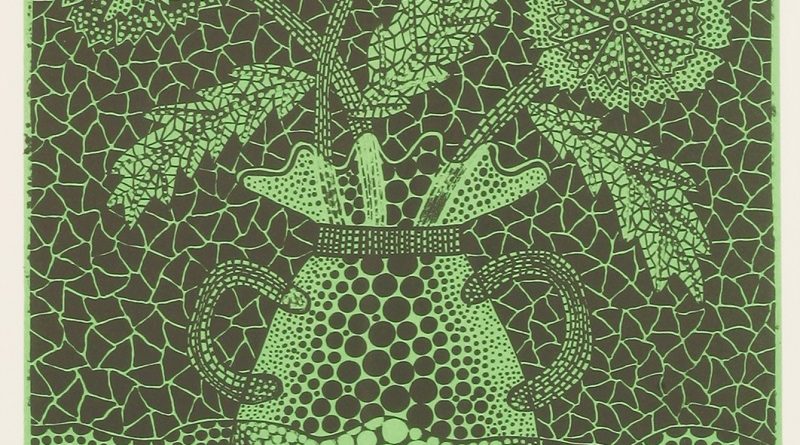 A work by Japanese artist Yayoi Kusama, who established a world record price for a living female artist of $5.1 million (£3.5 million) in 2008 for her 1959 oil on canvas No 2, is to go under the hammer at an Essex auction house next month.

A lithograph by Kusama, entitled THREE FLOWERS III and printed in 1992 has an estimate of £4,000 to £6,000 in Sworders‘ Modern and Contemporary Prints auction on May 9. The auction house sold a colour screen-print by the artist, entitled Tulipe (1), signed and dated, for £9,1000 in November 2017. 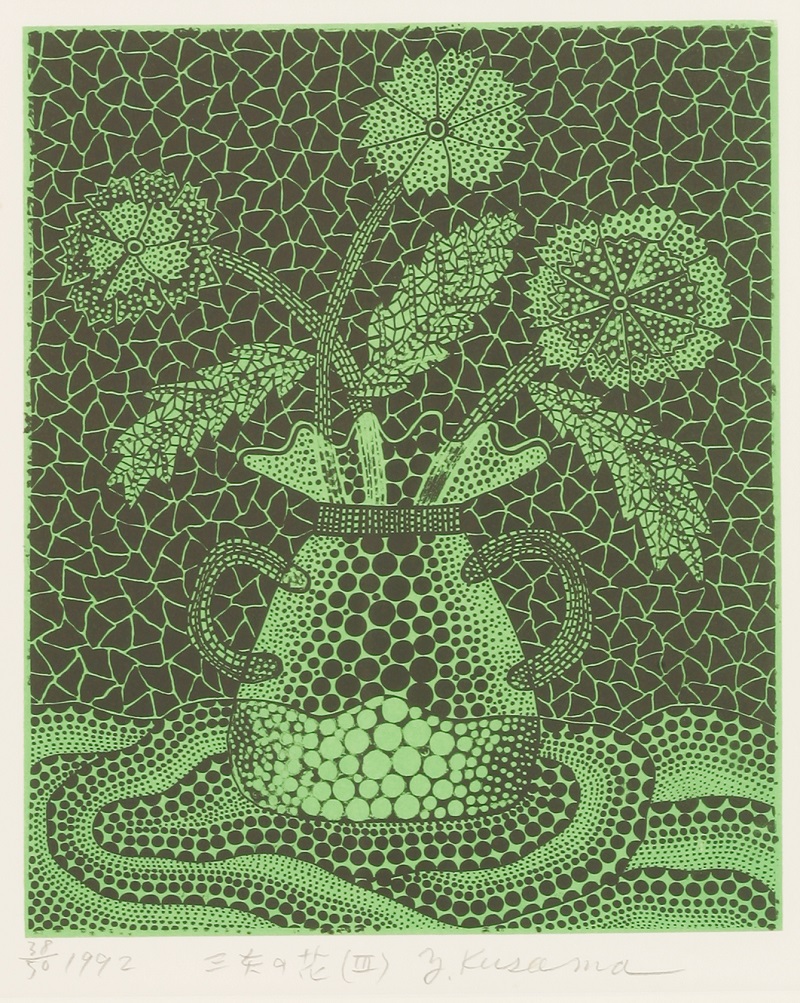 Elsewhere in the forthcoming sale, a Banksy print entitled POLICE RIOT VAN is expected to make between £8,000 to £12,000. The print is one of just 52 that were gifted to stewards of the artist’s Dismaland show, created by Banksy in Weston-Super-Mare during 2015 as a sinister parody of Disneyland. 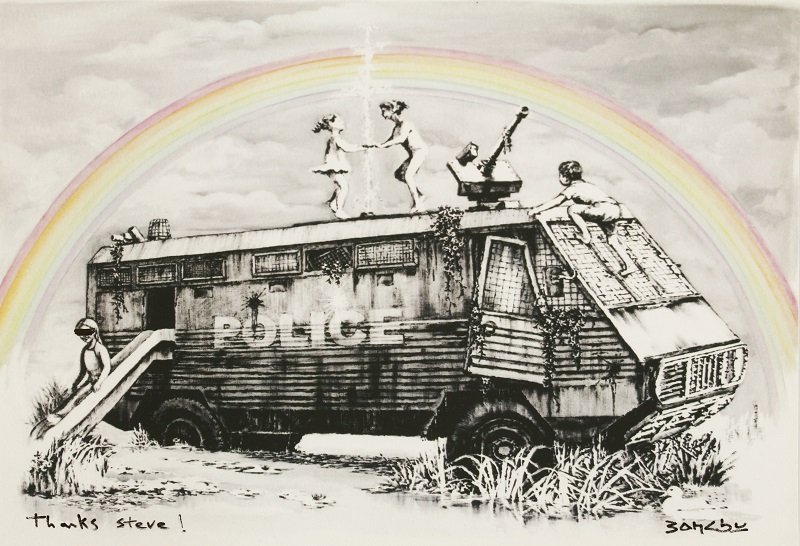 Another work that looks set to generate interest is NUDES, a framed linocut by Lill Tschudi (1911-2001), a prominent figure in the Grosvenor School of Modern Art. Known primarily for her colourful and lively linocuts, Tschudi was first introduced to the media when she saw an exhibition of colourful cuts if animals by Norbertine Bresslern-Roth. The linocut has an estimate of £5,000 to £7,000 in the sale. 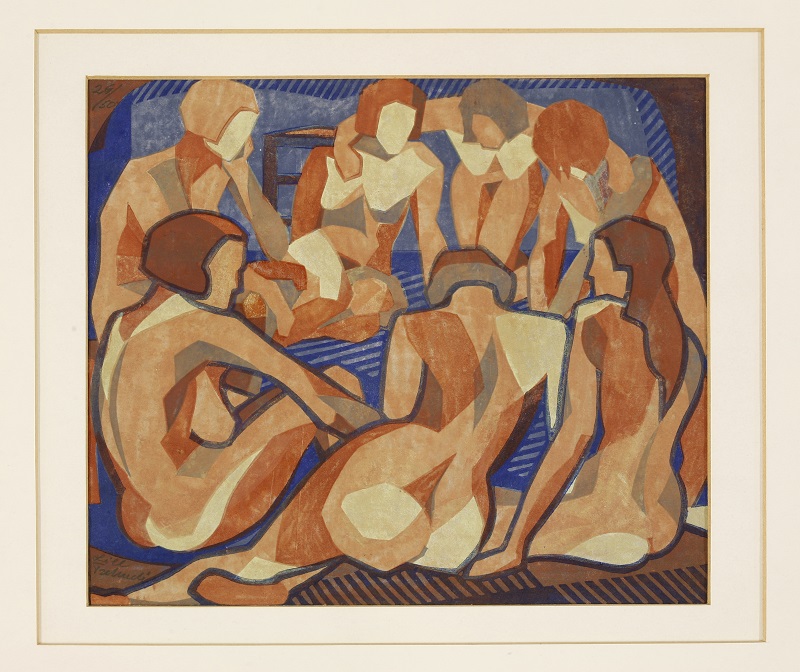 “This sale is particularly  diverse and caters for all tastes and budgets,” said Sworders specialist Shane Xu. “Modern and Contemporary prints are proving to be a great way to engage new audiences in art collecting as they are so accessible.”