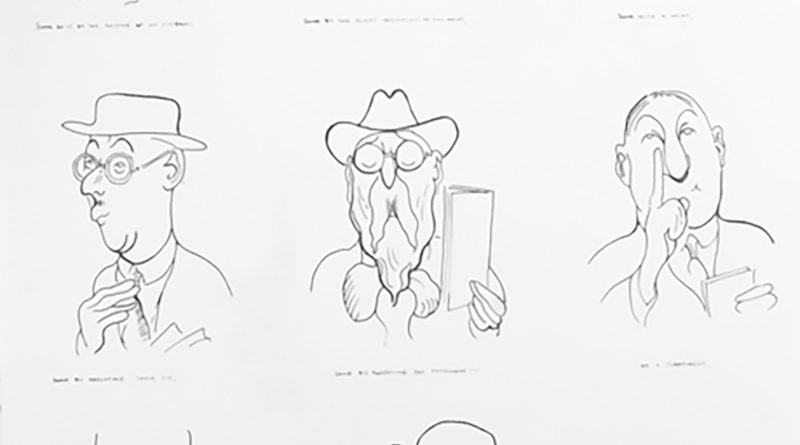 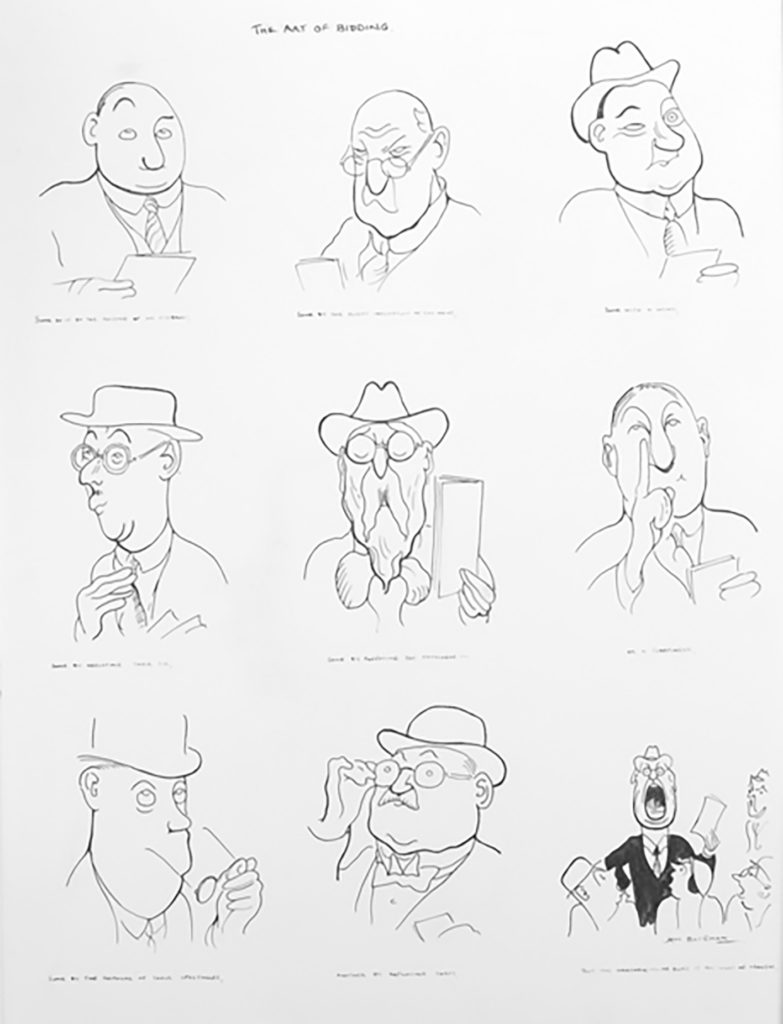 An entirely appropriate sketch depicting the world of auctions by a 20th-century master of social satire, Henry May Bateman, is set to be sold at John Nicholson’s fine art sale in Surrey later this month.

Entitled The Art of Bidding, the cartoon sketch is signed and features studies of nine heads offering a humorous view of the subtle (and not so subtle) methods bidders use to catch the attention of the auctioneer.

Studies include, ‘Some do it by raising an eyebrow’, ‘Some by the slight inclination of the head’, ‘Some with a wink’, ‘Some by adjusting their tie’, ‘Some by elevating the catalogue’, ‘Or a forefinger’, ‘Some by the removal of their spectacles’, ‘Another by replacing them’, ‘But the heathen – does it by word of mouth’.

The last of these is a clear echo of Bateman’s most celebrated satirical series of British social mores, The Man Who… cartoons, drawn for The Tatler in the 1920s, which have also appeared at John Nicholson’s. Most notably, a Bateman cartoon picked up at a car boot sale for £2 took £1100 at the auction house in January 2016, when The Passenger who dared to sell sea-sick on The Queen Mary and The Etonian who was asked to play ‘Nuts and May’ also sold.

The sale takes place on May 23.