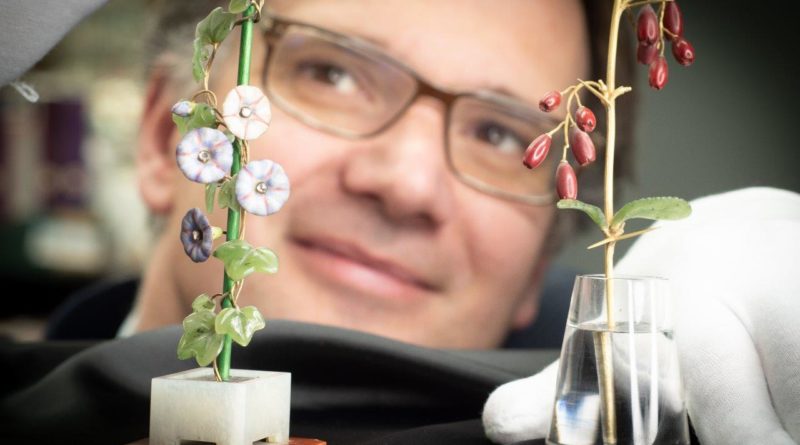 A pair of rare Fabergé flowers is expected to make up to £500,000 at auction house Hansons London next month, with auctioneer Charles Hanson stating the items are his “most significant find ever”. 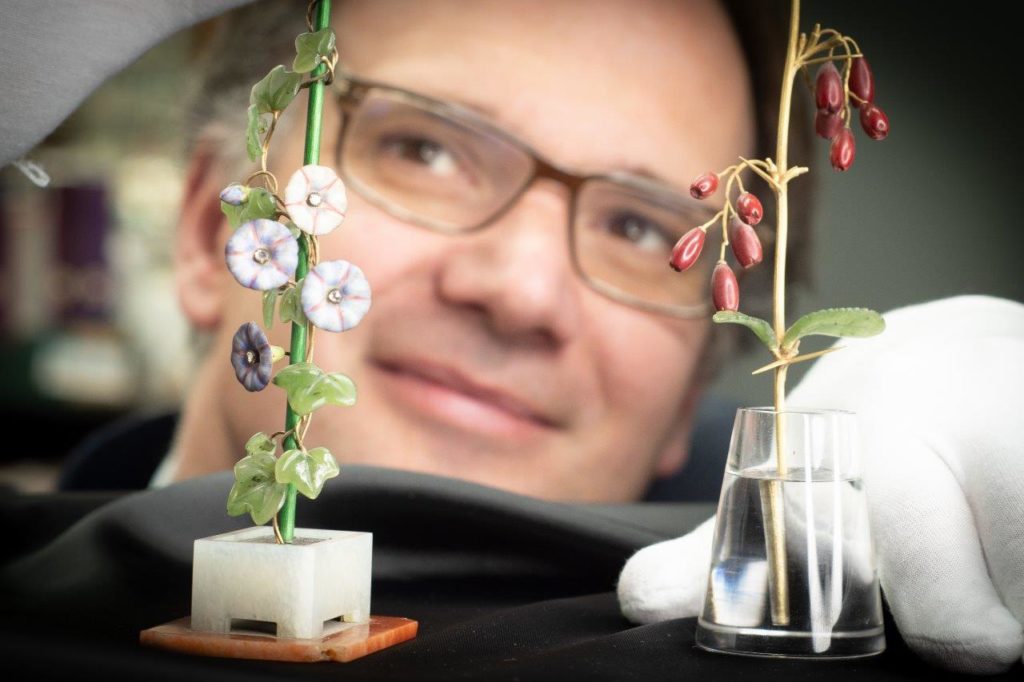 The elegant ornaments were brought into Hansons’ Hampton Court office inside a shoe box and wrapped in a tea towel. Charles commented, “It was spellbinding – a quite extraordinary find made during a routine valuation morning. These beautiful hardstone flowers are Fabergé masterpieces and the property of a lady.”

The two botanical studies, created by Fabergé in Imperial Russia, were crafted in the early 20th century, circa 1907-1910, and are six inches long.  They are ‘objects de fantaisie’, simply made for guests to admire. 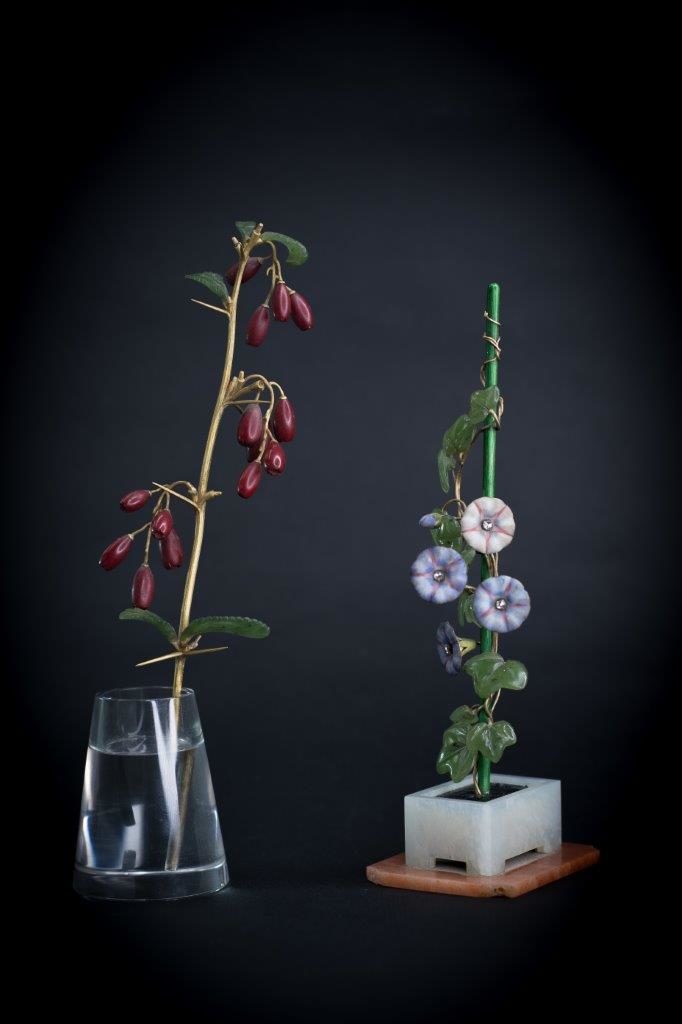 Charles said, “We expect worldwide interest and leading buyers of the finest Fabergé to be captivated by these wonderful botanical studies.”

According to Franz Birbaum, Fabergé’s senior designer from 1896, such a genre was inspired by Chinese art and brought to Peter Carl Fabergé’s attention when the firm were called upon to repair a bunch of chrysanthemums from the palace of the Chinese Emperor.

Only about 80 of Fabergé’s botanical studies are known to have survived with the majority in the Royal Collection.

Charles Hanson said: “The Fabergé barberry bush with purpurine berries and jade leaves demonstrates breathtaking luxury. It’s chased and engraved gold stem sits within a carved rock crystal vase ‎appearing to be half full of water. It is extraordinarily delicate with rich, soft red berries so real they could ‎drop any time on ripening

“The other Fabergé flower takes the form of a highly naturalistic morning glory blossom on a jade jardinière and aventurine quartz stand. ‎The gold flowers, enamelled white with shades of pale pink and lilac are inset with ‘dew drops’ of diamonds. A bud is bursting to open and flower. The leaves are carved Siberian jade nephrite.

“The compositions are a celebration of Russia’s extraordinarily varied mineral wealth and are inspired by the ancient Japanese art of flower arranging.