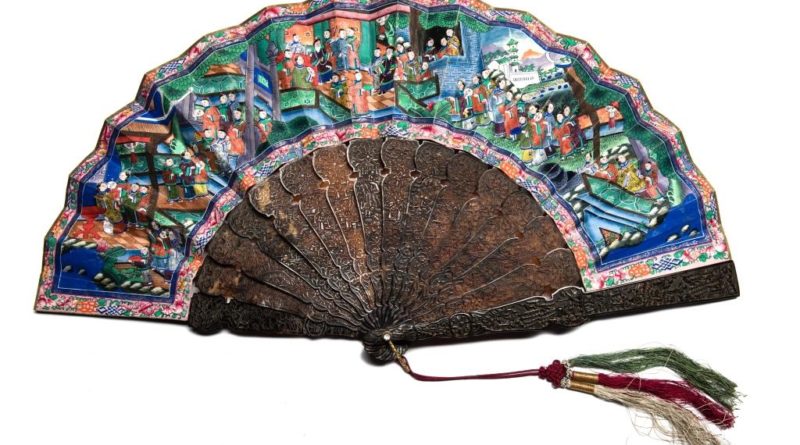 The first part of a collection of fine antique fans has sold for over £80,000 in Yorkshire auction house Tennants’ recent sale.

The 250-lot sale featured fans from the Arthur Blackborne Collection of Fine Antique Fans and drew interest from across the collecting community, with almost half the buyers international bidders.

However, the most competitive bidding in the sale came from buyers in the Far East, focusing on the collection’s selection of Chinese fans.

The strong selection of Chinese fans in the sale garnered the top lot of the sale, a mid-19th century Chinese carved tortoiseshell mandarin fan from the Qing Dynasty. 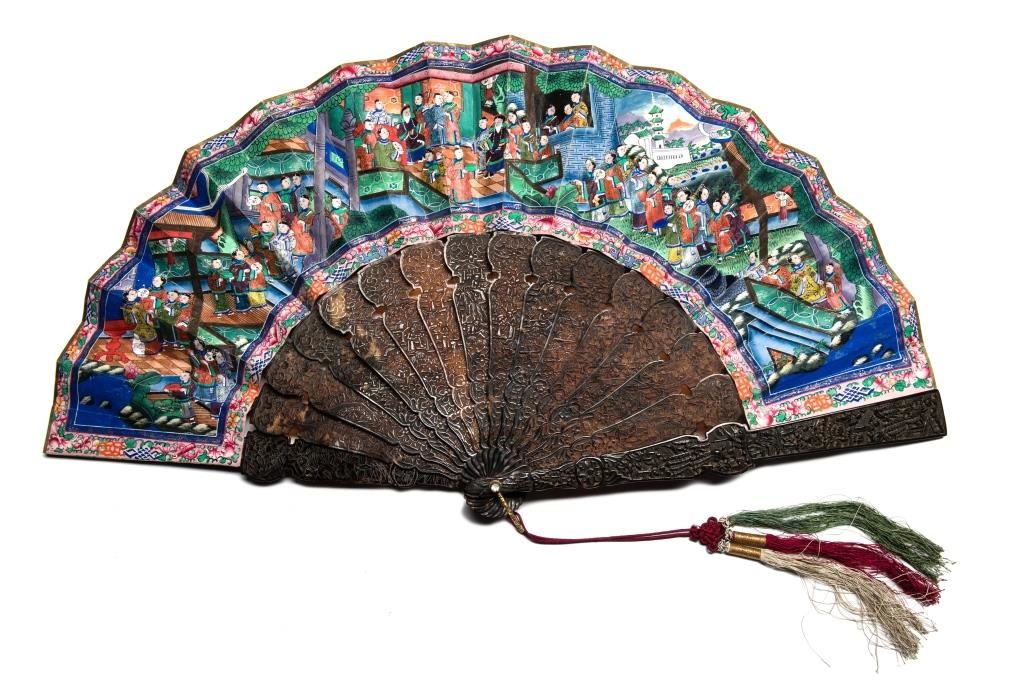 The fan, elaborate and beautifully detailed and with its box, sold for a hammer of £3,700. Its colourful leaf depicts groups of people with ivory faces and applied silk robes. Its tortoiseshell sticks were intricately carved with figures in the landscapes.

Other notable Chinese fans in the sale included:

Elsewhere in the sale, fans with a mythological or religious theme sold well, including a mid-18th-century fan depicting ‘Homage to Cupid’ selling for £2,200. An 18th-century Grand Tour topographical fan depicting the Castel Sant’Angelo in Rome, attracted the attention of Italian buyers, commanding a hammer of £2,100.