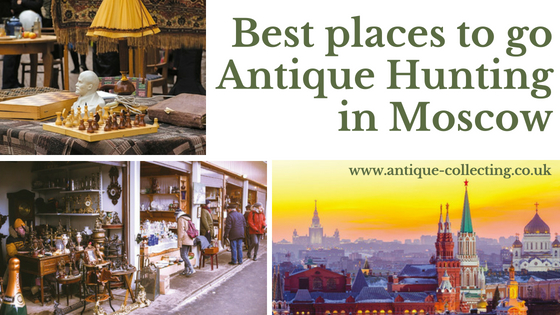 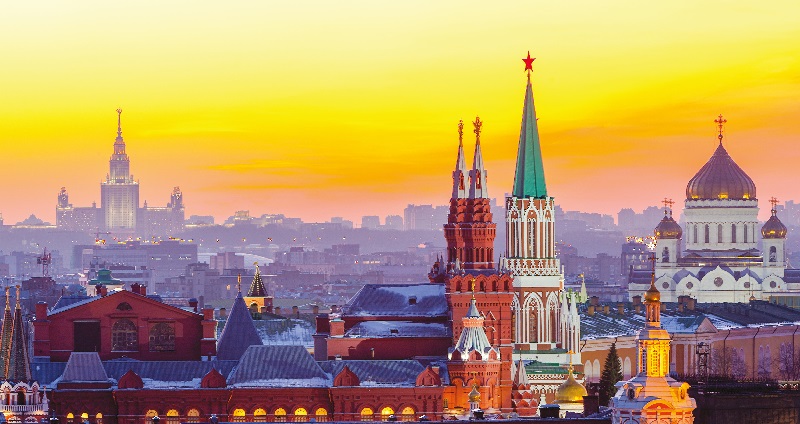 With the World Cup kicking off in the Russian capital this week, now is the ideal time to put antique hunting in Moscow in the spotlight, writes Nicholas Martin of Fleamarket Insider.

One of the great cultural capitals of the world, Moscow is home to world-class galleries and museums. From the stunning large-scale canvases of old masters such as Ilya Repin, to its priceless religious icons, the Tretyakov Gallery houses more Russian art than any museum in the world.

But it is not alone: Moscow totals more than 80 museums, ranging in scope from spacecraft to modern art. Anyone who is anyone in the pantheon of Russian culture, from Leo Tolstoy to Mikhail Bulgakov, has a museum in their name.

But it’s not just the locals, the Pushkin Museum of Fine Arts contains a famed collection of French  Impressionism, based on the collections of two well-known Moscow art patrons: Sergei Shchukin and Ivan Morozov. It includes representative paintings by Degas, Manet, Renoir and Pisarro, with an entire room dedicated to Monet. The gallery also displays many of the most famous paintings by Matisse, such as Goldfish; lesser-known pieces by Picasso and an entire room devoted to Gauguin.

The Kremlin, alongside Red Square and Lenin’s tomb, is another jaw-dropping destination: home to Fabergé eggs in the State Armoury and sumptuous jewellery in the Diamond Fund room. 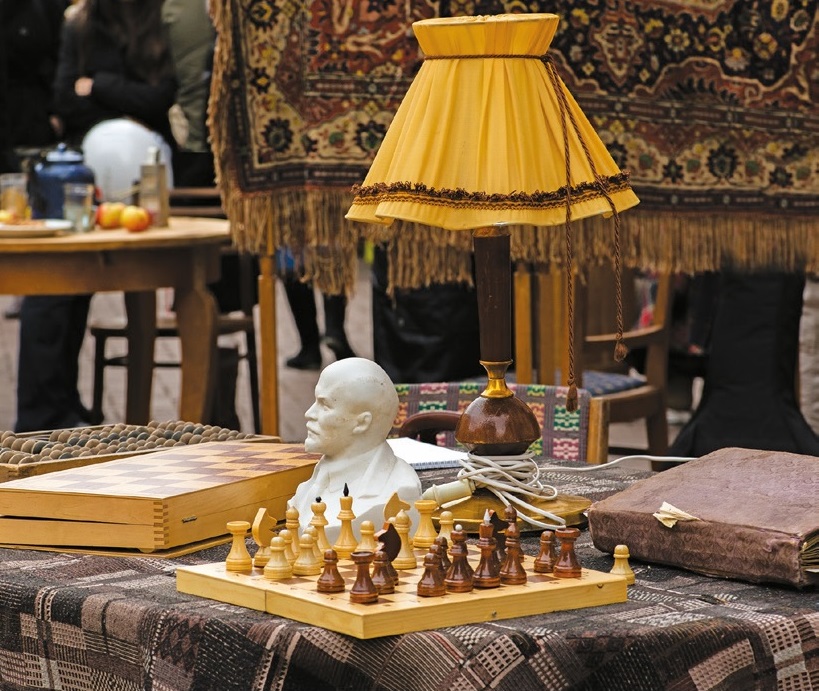 Compared to other European countries, Russia is in its infancy when it comes to antiques (a position fuelled by its draconian export rules). But, for those planning some antique hunting in Moscow it means there are plenty of treasures still to be unearthed from its many apartment blocks.

Friday morning
The Arbat, a pedestrian street about a kilometre long, was established in the 15th century and soon became home to a large number of craftsmen.
In the 19th and early 20th centuries the street became known as the place where artists and writers lived and, in the Soviet period, it housed many high-ranking government officials.
These days it is an important tourist attraction. Shopping choices range from the cheapest, tackiest souvenirs imaginable, to some very expensive Russian handcrafts and art, including icons and antiques.
If you’re looking for a place where Russians go to buy antique pieces, pop in to building number 21 where, on the second floor, you will find a number of artistic stores run by the Moscow Society of Artists. Here you can purchase everything from amazing pottery and treen, to clothing and jewellery. 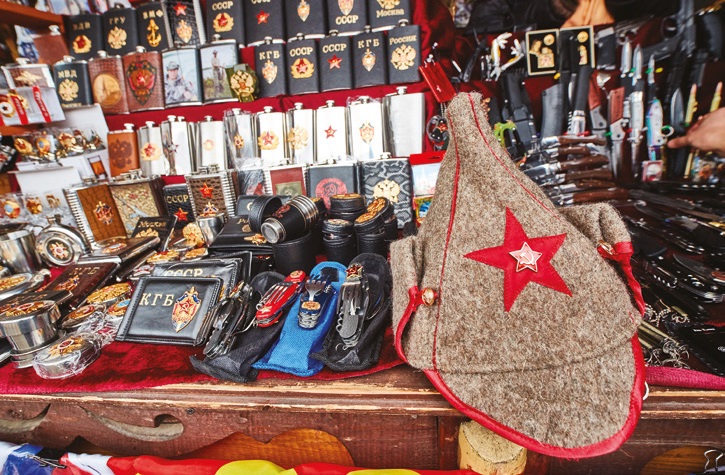 Friday Afternoon
Tishinka flea market is a fair held approximately four times a year with a permanent location on the third floor of the city’s Tishinka shopping mall. In the old days, market goers would regularly meet on Tishinskaya Square where the contents of old trunks and attics were generously displayed to the public for sale.
The modern flea market offers paintings, vintage clothing, accessories, furniture, antiques and western and Russian art.
Participation by local designers adds a contemporary edge.
Unfortunately, the market is open only several times a year but, if you’re in Moscow on these days, Tishinka is a must visit. 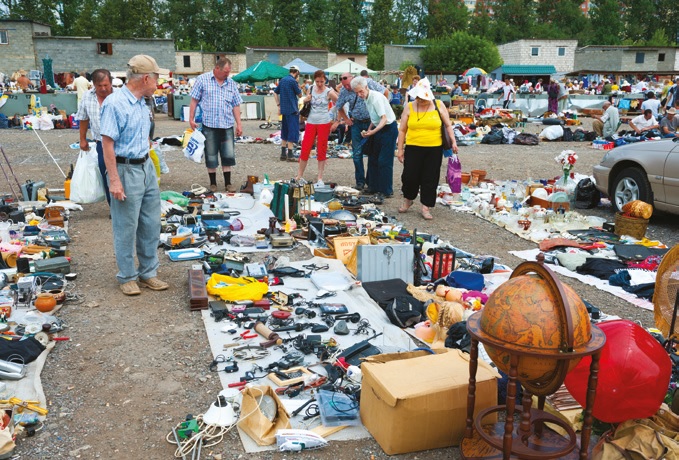 Saturday Morning
Established in 1824, Levsha flea market is the oldest flea market in Russia. It regularly features more than 5,000 antiques, on sale from mostly non-professional dealers. If Izmaillovo market is a trap for tourists, this is about as authentic a Russian experience as you could hope for.
Situated roughly 30km north of Moscow, the market is serviced by trains from Leningradsky Station. It takes place all weekend, but return trains are few on Sunday, making Saturday the better option.
The market is a true slice of a Russia’s historic past, reflected in both the items for sale and the older generation of people selling them. Another bonus is that Levsha’s prices are lower than more touristy markets, making it a must-visit when antique hunting in Moscow. 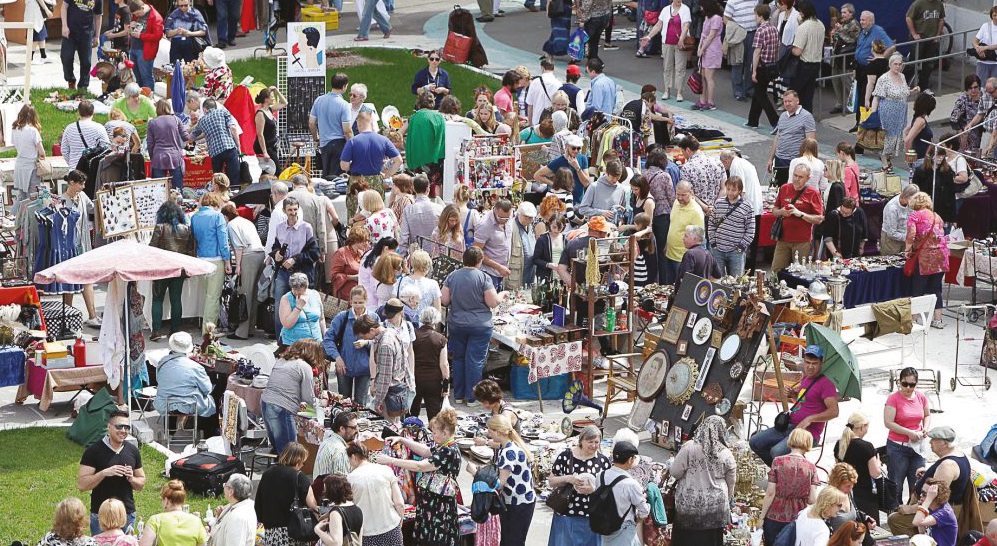 Saturday Afternoon
The only flea market in the historic part of the city, the courtyard of the Museum of Moscow is the location for a weekly antique sale. With themed markets (previous events have been based around Soviet photography and even a retro barber’s shop) the occasion boasts 100 antique shops offering rare antique and Soviet items.
Added to which, because the event has no fee for vendors, more than 400 Moscow residents put their possessions up for sale.
Who knows the treasures you might unearth? 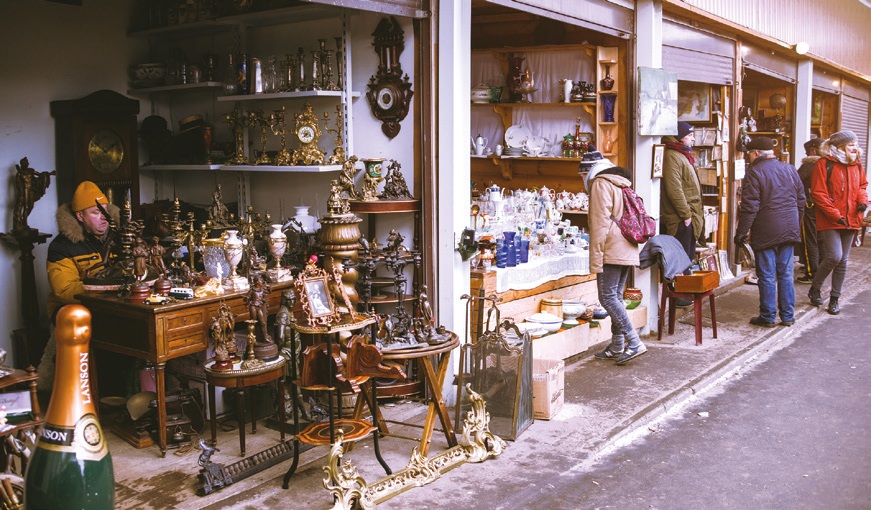 Sunday – all day
If you plan to visit one market in Moscow make it this one. Although some distance from the centre (be careful to alight the Metro at Partizanskaya, rather than the following stop of Izmailovskaya) it is worth the trip. Izmailovo Market is inside the walls of a Disneyland-style complex built as a wedding venue.
Traditional wooden trade rows display items ranging from matryoshki (Russian dolls) and lacquered wooden boxes, to Soviet posters, badges, bronze busts, antique coins and vintage books. While hawkers abound, the best antiques are found on the second floor of this vast area.
Open most of the week, the event comes to life at the weekend. Arrive early to bag the most unique pieces.

Where: Ismailovskoye Shosse, Moscow 105122
Opening times: Daily, 9am to 6pm but aim to visit at the weekend
Opening times: 8am-4pm
Admission: Small fee

One not to miss… 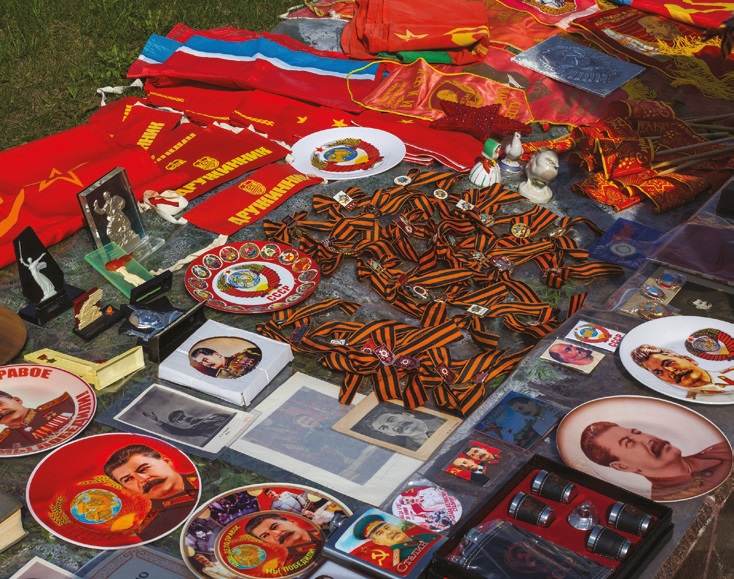 No trip to Russia is complete without a visit to majestic St Petersburg, where one of the must-visits for collectors has to be the Udelnaya flea market. The “Udelka”, as it is known, is among the most famous markets in Russia due to its abundance of memorabilia from WWII and genuine pieces from the Soviet era.
As well as militaria, look out for antique samovars, imperial porcelain, vintage jewellery, Soviet uniforms, books
and, of course, the ubiquitous busts of Vladimir Lenin.
The sheer number of vendors at Udelnaya can make it feel on the chaotic side, but it is none the less enjoyable for
all the confusion.

Nicholas Martin is the founder of www.fleamarketinsiders.com, an online guide to the world’s best flea markets.