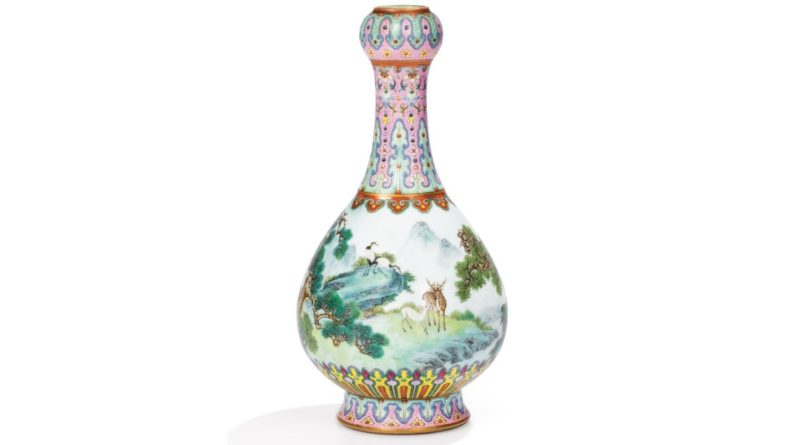 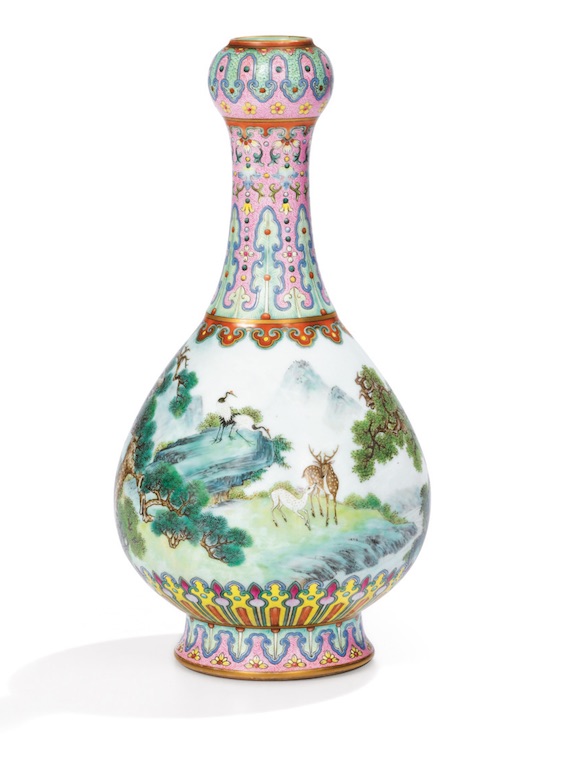 Discovered by chance in the attic of French family home, the vase was brought into Sotheby’s Paris by its unsuspecting owners in a shoe box. When Sotheby’s specialist Olivier Valmier opened the box to examine the vase, he was immediately struck by its quality. Further research revealed the vase to be a unique example produced by the finest craftsmen of the time for the Qianlong Emperor.

Left to the grandparents of the present owners by an uncle, the vase is listed among the contents of the latter’s Paris apartment after his death in 1947. It is recorded alongside several other Chinese and Japanese objects including other Chinese porcelains, two dragon robes, a yellow silk textile, and an unusual bronze mirror contained in a carved lacquer box.

While the exact provenance of the vase and the other Chinese and Japanese pieces before 1947 cannot be traced, the receipt of a Satsuma censer acquired as a wedding gift in the 1867 Universal Exhibition in Paris by an ancestor of the family suggests an active interest in Asian art at a very early date.

Similarly, this vase may well have been acquired in Paris in the late 19th century when the arrival of Asian works of art initiated a fashion for Japanese and Chinese art. Interestingly, the only other vase of this shape and similar design, now in the collection of the Musée Guimet, Paris, was acquired by Ernest Grandidier (1833-1912) about the same time, around 1890 from Philippe Sichel, an Asian art dealer in Paris active in the late 19th century, and an early advocate of Japanese art in France.

The vase is of exceptional rarity: the only known example of its kind, it was produced by the Jingdezhen workshops for the magnificent courts of the Qianlong Emperor (1735-1796). Famille Rose porcelains of the period (or ‘yangcai’ porcelains, as they are known) are extremely rare on the market, with most examples currently housed in the National Palace Museum in Taipei and other museums around the world.

These so-called yangcai porcelain commissions were the very epitome of the ware produced by the Jingdezhen imperial kilns. They were made as one-of-a-kind items, sometimes in pairs, but never in large quantities. This technique combined a new colour palette with Western-style compositions. Beyond their superior quality, yangcai enamels were intended to create the most opulent and luxurious effect possible.