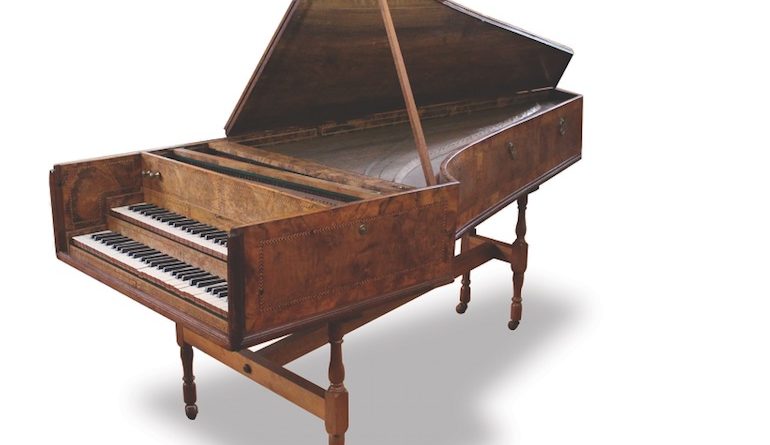 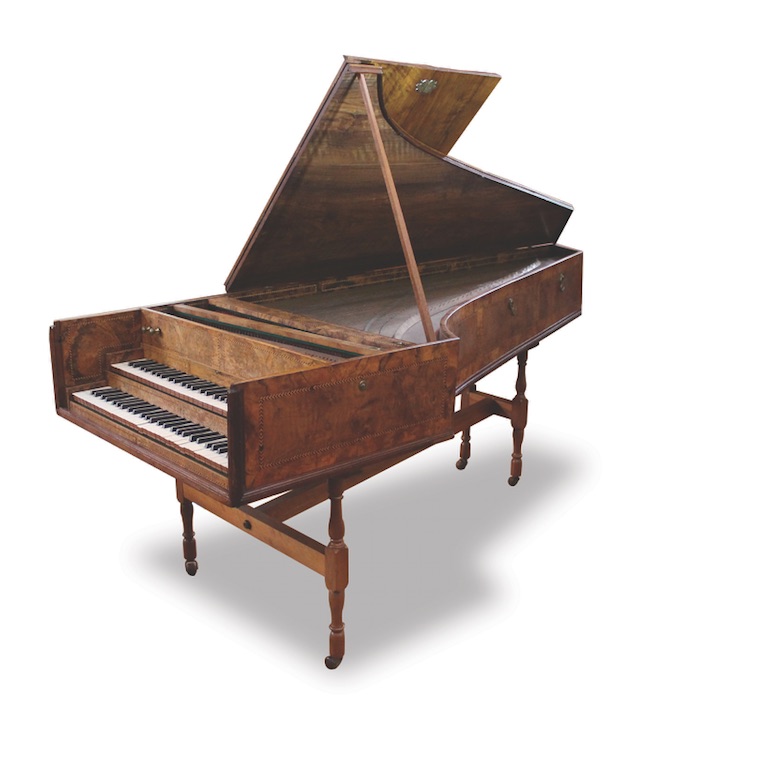 An 18th-century walnut-cased double-manual harpsichord by renowned maker Joseph Mahoon has sold above estimate for £69,000 at Kent auctioneers, The Canterbury Auction Galleries.

The harpsichord was the top lot in the dispersal sale of The Colt Clavier Collection of historic and important keyboard instruments. The auction attracted global interest among musicians, piano aficionados, collectors and dealers.

The pianos, harpsichords and clavichords had been collected by the late Charles Colt, who had made his fortune designing and building high quality factory-made timber homes. The instruments were housed in the “Village Hall” and other buildings at the Colt Demonstration Village at Bethersden, near Ashford, Kent, all of which were built by the Colt family.

With a small number of lots sold afterwards, the sale raised a total of £715,800, the proceeds to be divided among various musical charities, a representative of one of them, the Royal School of Music, being present at the auction.

Dated London 1738, the harpsicord had been on loan to the Germanisches Nationalmuseum in Nuremberg and on display at the Stadtmuseum in Munich. It sold to an American telephone bidder. 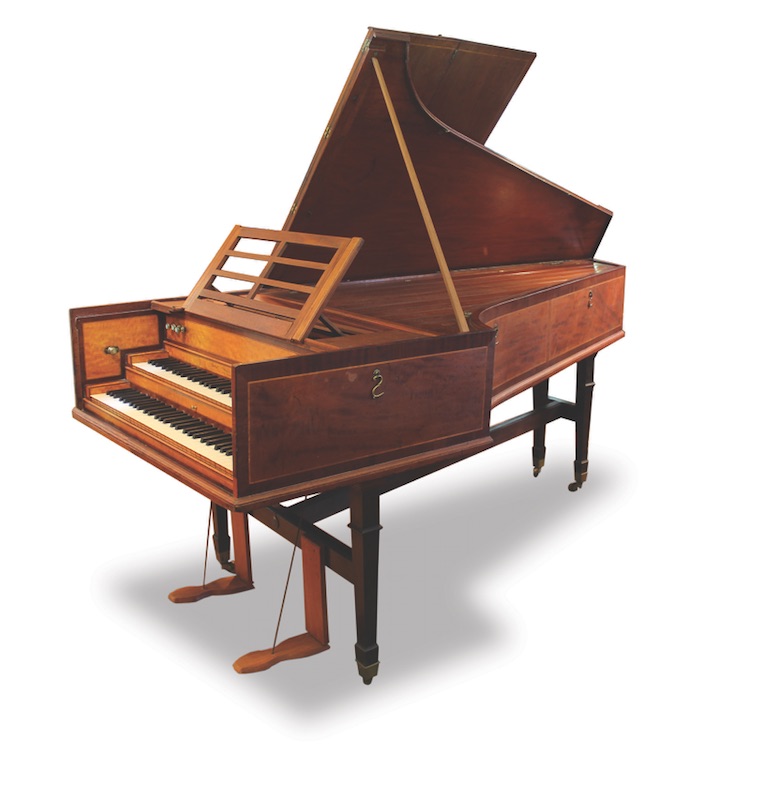 Born in Cheshire in 1911 and privately educated to become an architect, he joined his father’s company W.H. Colt Son & Company Ltd, which became well known for quality timber prefabricated houses.

Colt’s “very innocent pastime” of collecting keyboard instruments began during the Second World War. After buying a George IV Boardwood square piano for £6, Colt heard a BBC recital on the radio given by John Ticehurst on his Kirckman harpsichord. Colt contacted him and was invited to his home to hear him play. Colt was “captivated” by Ticehurst’s playing and his two-manual 1783 Kirckman harpsichord. He was determined to acquire a harpsichord of his own.

He believed his only hope of achieving his ambition would be to convert an early grand piano, which were relatively cheap and easily available at that time. He soon bought a fine Broadwood “Beethoven” style grand piano for £4, but luckily for this piano, the conversion proved too difficult and the piano is now in the Germanisches Museum of Nuremberg.

John Morley of Kensington then told Colt about a harpsichord that the inveterate collector Captain Lane wished to sell and Colt persuaded Lane to part with his double-manual 1800 Kirckman. He was allowed to pay for this over a period of 12 months.

By then the owner of a square piano, a grand piano and a harpsichord, in Colt’s own words, “the mania began”.

Colt acquired many instruments inexpensively in the 1940s and 50s, the collection growing to include instruments that held visual appeal as well as historical significance, to the point where they spread to other buildings in the Colt Village. At its peak Colt owned about 130 pianos, many featured in a book – “The Early Piano” by Antony Miall written in conjunction with Colt and published by Stainer and Bell in 1981. The whole collection detailed in The Golden Jubilee Catalogue of the collection was also published in 1981.

The instruments did not stand idle, however. Colt was also a competent player and composer and in the 1960s hosted various concerts at the “Village Hall” including recitals by fellow keyboard collector and pianist Paul Badura-Skoda and the composer Benjamin Britten.