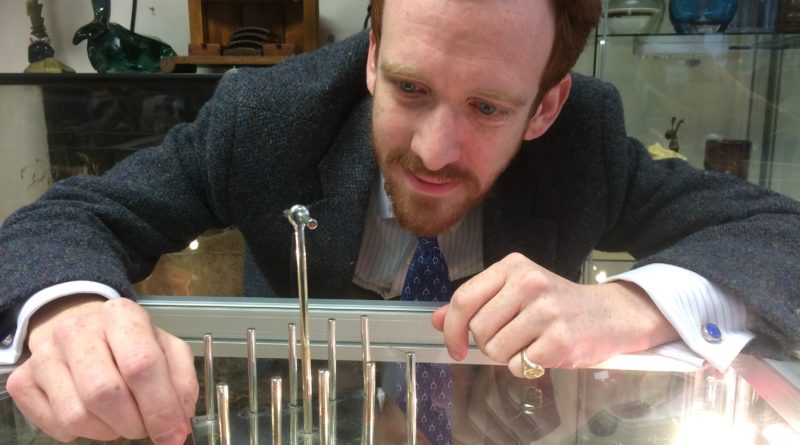 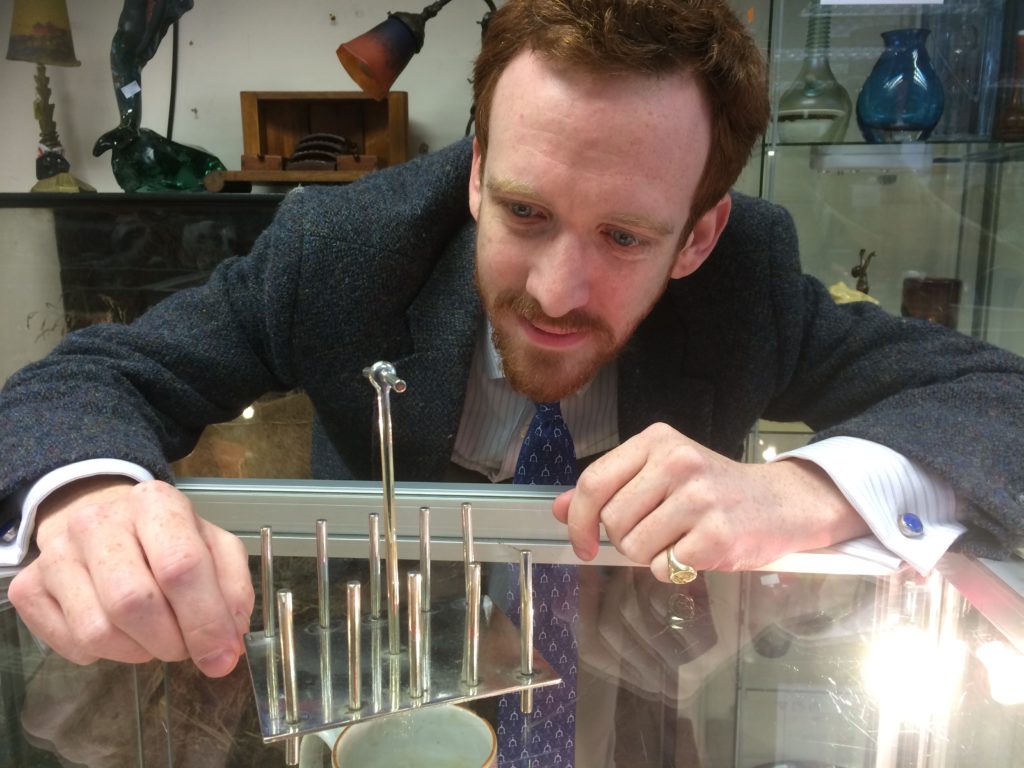 A Christoper Dresser toast rack has sold for ten times its estimate at Derbyshire auctioneers Hansons, fetching £2,000 after a bidding war.

The classic toast rack was bought by Leicestershire newlyweds more than 80 years ago who fell in love with the item, first designed for Birmingham silverware manufacturers Hukin and Heath in 1878.

The design was identified by decorative arts specialist John Keightley who commented, “It did well because Christopher Dresser, who was born in Glasgow in 1834 and died in 1904, was a pioneer of industrial design based on form and function rather than decoration. Also, it was an original 1878 design embossed on the back with the words ‘Designed by Dr C Dresser’, which added to its value.”

Dresser’s designs were ahead of their time, according to Mr Keightley: “The toast rack appears as modern today as it has ever been, with Alessi producing the same design today – angular, clean and simple. Designs like this were made for the forward-thinking Bohemian elite of Victorian Britain.”

The seller, from Coalville, Leicestershire, who does not wish to be named, said: “The toast rack was bought by my wife’s parents when they got married in 1936. They chose it because they liked it – and they used it. I would guess that they didn’t pay much for it. They needed it for their first home.

“They bought it, along with a few other bits, when the contents of a Church of England vicarage in Hogarth Road, Whitwick, went up for auction.

“They had no idea it was anything special and, when we acquired it, we didn’t at first. We used it a few times bit it’s a bit wobbly and the toast fell out, so we put it away in a box.

“Later, we heard the name Christopher Dresser crop up on antiques programmes on TV and realised it could be something special.”