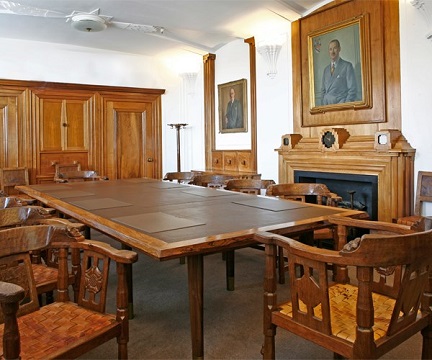 The Horlick collection of Robert ‘Mouseman’ Thompson furniture is to sell at Essex auctioneers Sworders this autumn. 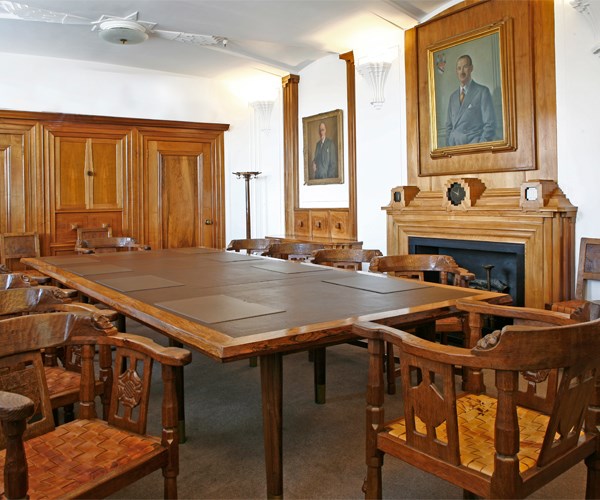 The collection will feature some 40 lots of Arts and Crafts oak Mouseman furniture with an estimate of around £100,000. It represents one of the celebrated designer’s largest commissions from a fertile era in his career between the 1920s and 30s.

All of the items were handmade in Thompson’s Kilburn workshop in the 1930s for a special commission to fit out the landmark Horlick’s factory in Slough, Berkshire, which has now closed and is due for redevelopment. The red-brick building was built by company co-founder James Horlick in 1908 to produce the famous malted milk drink for the UK market. 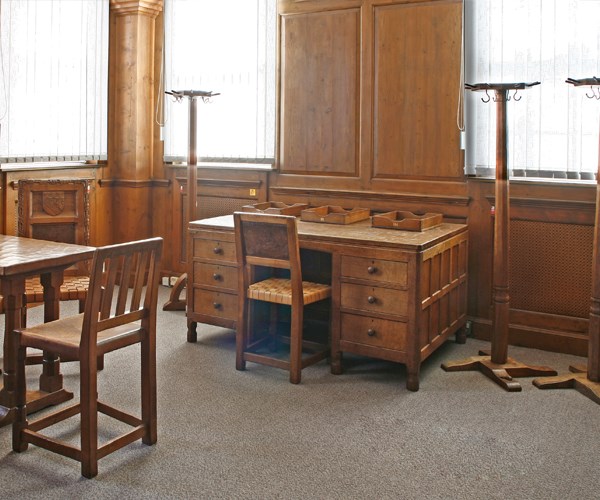 The Mouseman commission followed the building of an office wing at the factory in the late 1920s. Further offices and a laboratory were added at the end of the 1930s. The new wood panelled spaces were furnished with Mouseman partner’s desks, sideboards, coat stands and ’monk’s’ chairs, each carved with the Horlick family coat of arms and the Latin inscription Labore Et Sciential (by work and by knowledge).

The commission, documented in ledgers at the Kilburn workshops, even extended to a series of simple paper ‘in’ trays. All of these beautifully made and well-patinated pieces are set to be included in the sale.