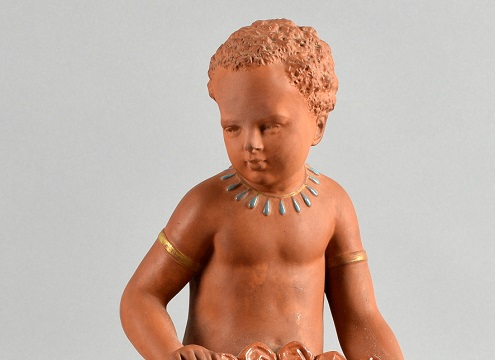 Pottery examples from the Arts & Crafts Movement are set to feature in a Surrey sale later this month.

Ewbank’s Decorative Art sale on July 26 will feature two Compton garden pots, named after the village they were made in near to Guildford. Compton was home to an important pottery centre during the Arts & Crafts era, which was run by Mary Seaton Watts, the founder of the Compton Potters’ Arts Guild and her husband the celebrated artist GF Watts.

Andrea Machen, Ewbank’s decorative arts specialist, commented: “Both are sure to delight both gardeners and followers of Seaton Watts’ work. Compton pots have a national following amongst collectors, but, of course, have a particularly strong resonance in Surrey.”

Also from the Arts and Crafts period is a small collection of Watcombe Art Pottery, made in the West Country from terracotta. The pottery was founded in Torquay in 1871, and produced both tourist wares and high quality art pieces until the middle of the 20th century.

In the early 20th century, the Arts and Crafts movement had an important influence on style and designs. It began in the UK, and flourished in Europe and the USA between around 1880 and 1920.

The movement , which was largely anti-industrial, was based on the premise of traditional craftsmanship using romantic styles of decoration, and advocated economic and social reform.

The Arts and Crafts movement had a strong influence over many different facets of the arts in Europe, but was overtaken by modernism in the 1930s.

The Decorative Arts sale also features decoration and design highlights of the 20th century, and including world-renowned artistry from the likes of Lalique and Moorcroft, plus Art Deco figures, and glass from the Art Nouveau period.

Late 20th design is beautifully represented by an iconic Eames chair, which is going under the hammer. A Charles Eames 670 model chair, in black leather, Herman Miller label verso, has been valued at between £1,000 and £1,500.