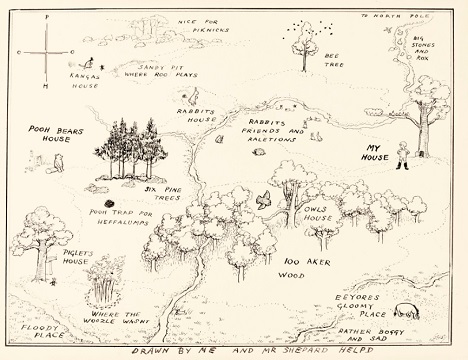 An original Winnie-the-Pooh Hundred Acre Wood map by EH Shepard has sold for £430,000, setting a new auction record for any book illustration at Sotheby’s in London.

Possibly the most famous map in children’s literature, the 1926 sketch was unseen for nearly half a century ahead of Sotheby’s English Literature, History, Science, Children’s Books and Illustrations, and carried an estimate of £100,000-150,000. 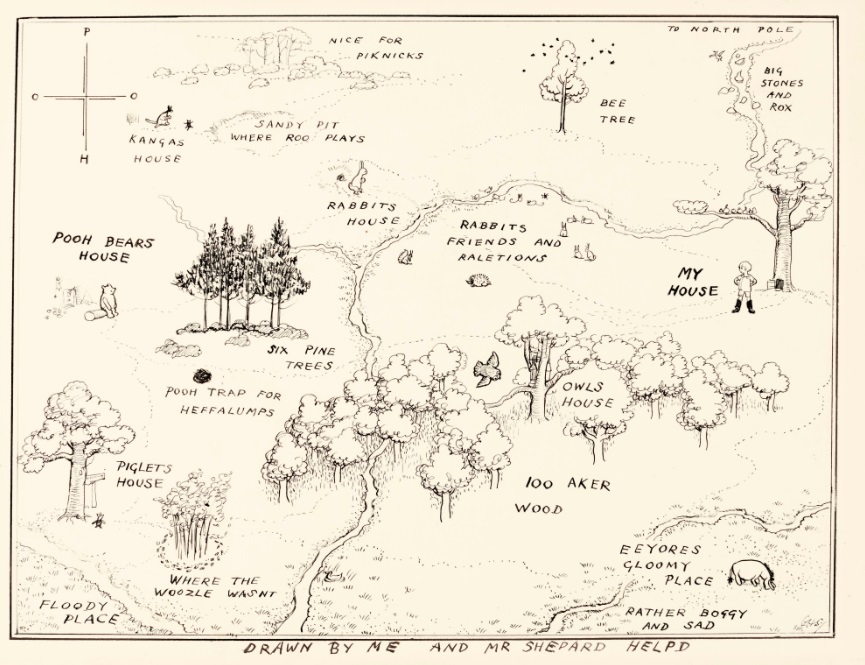 The Winnie-the-Pooh Hundred Acre Wood map is featured in the original 1926 book and introduces readers to the delightful imagination of Christopher Robin and his woodland friends.

The map also played a key role in the Disney film, Winnie-the-Pooh and the Honey Tree, 40 years later, where it was brought to life as an animation in the film’s opening sequence.

Alongside depicting the magical world, the Hundred Acre Wood map captures the unique personalities of the characters who share the protagonist’s stories. Eeyore is depicted in his “rather boggy and sad” “gloomy place” with his head hanging sluggishly in the grass, whilst the energetic Roo bounces towards the “sandy pit” where he plays. A solitary Winnie-the-Pooh sits thoughtfully looking out over the wood to his friend, Christopher Robin, who stands with boyish arrogance looking back.

The charming childishness of Christopher Robin is marked by clumsily spelt locations, such as “NICE FOR PICNICKS” and “100 AKER WOOD”, as well as a compass marked with points spelling out the title character’s name. Shepard’s own amusing personality seeps into the illustration, as the map is signed off with the words “Drawn by me and Mr Shepard helpd”.

The previous record for any book illustration was £314,500, set at Sotheby’s in December 2014 for the original illustration for Poohsticks.

Four further original Winnie-the-Pooh illustrations by EH Shepard were also included in the sale, again not seen for almost 50 years. They were: