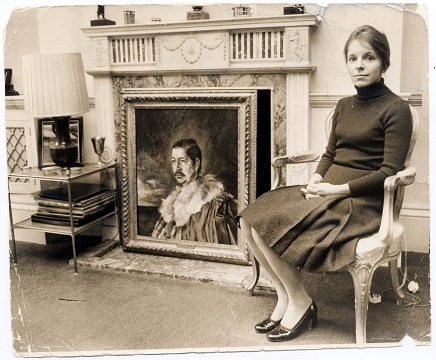 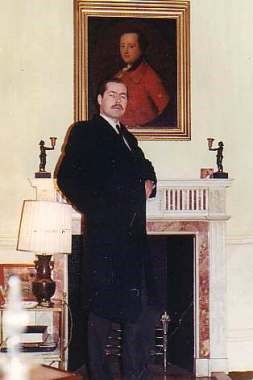 The estate of the late Lady Lucan, wife of the infamous John Bingham, 7th Earl of Lucan, will lead Bonhams private collections sale later this year.

Britain was scandalised in 1974 when the story emerged that Lord Lucan had disappeared, following the attempted murder of his, by then, estranged wife and the murder to the nanny of their children, Sandra Rivett.

At the inquest into Rivett’s death, Lucan was identified as her killer, the first member of the House of Lords to be named in court as a murderer since 1760.

The whereabouts of Lord Lucan captured the public imagination and was the subject of years of intense media and public speculation, with regular ‘spottings’ of the errant Lord around the world.

However, the official presumption was that he had died, and probate was finally granted on his estate in 1999, with a death certificate issued in 2016. Lady Lucan died in 2017.

The sale at Bonhams on October 3 will include a range of family items, including:

Other items in the sale include a Victorian silver cigar box by Frederick Edmonds, engraved with the letter B for Bingham, the family name of the Earls of Lucan, carrying an estimate of £700-1,000; and a Victorian silver trophy cup won by Lord Lucan in a backgammon game. It is engraved Clermont Club Open Backgammon Tournament October 1969. Lord Lucan was famous as a professional gambler – his nickname was ‘Lucky’ although this is thought to be ironic as his frequent heavy losses meant this was rarely true. The cup has an estimate of £200-300.

Bonhams Director of Private Collections, Charlie Thomas, said, “The Lucan name resonates throughout history – the 3rd Earl, for example, gave the order to deploy the Light Brigade at the Battle of Balaclava during the Crimean War – and these items offer a rare chance to acquire pieces belonging to one of this country’s most famous aristocratic families.”

The proceeds from the sale will be donated to Shelter, a charity whose objective is to see safe, secure and affordable housing for everyone.