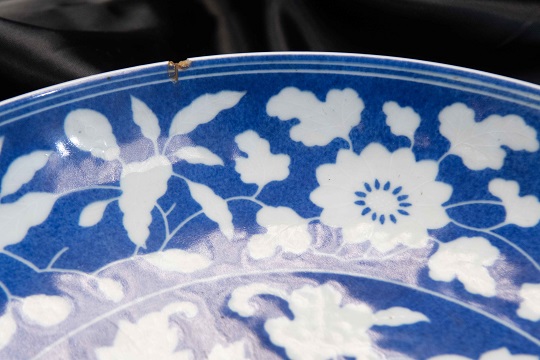 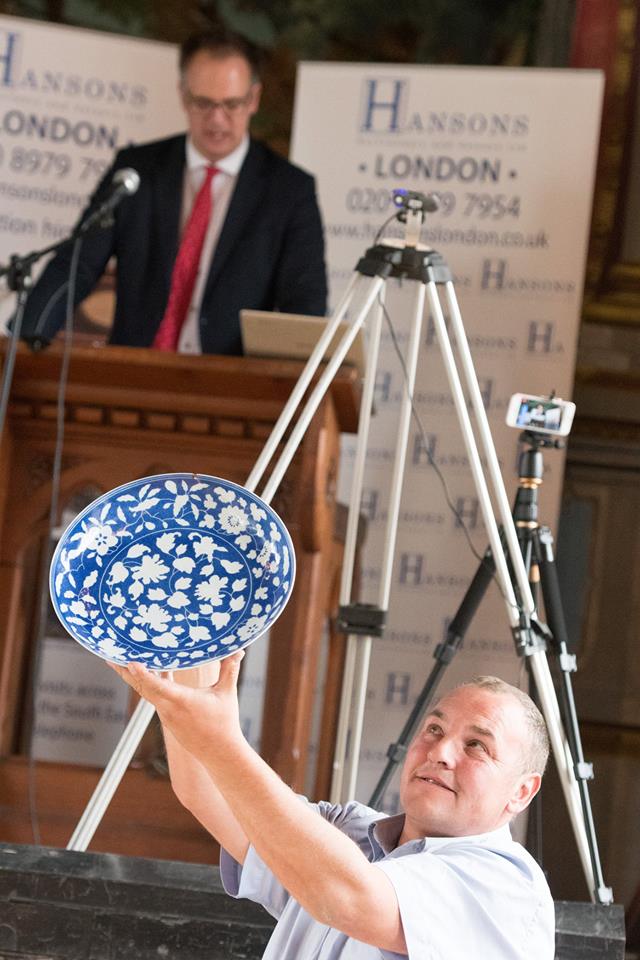 The item sparked an international bidding war over the phone at auction house Hansons London this weekend, eventually selling to a Chinese buyer.

Despite having a chip on the rim and some surface scratches, the centuries-old blue and white dish decorated with gardenia flowers sold for thousands, much to the delight of the seller who had no idea of its potential value, but revealed his father had paid just £3 for it in a country house sale.

Charles Hanson, owner of Hansons London, said: “The dish was found languishing on a dresser next to a few plates worth £25. The vendor had no idea of its worth.” He continued, “It’s highly valuable because it carries the Chinese Yongzheng mark of the period 1723-1735. It’s nearly 300 years old and its striking reverse decoration with raised slip detailing is inspired by the Ming and Yuan ceramics of the preceding dynasties.

The auction house said it had countless enquiries from Chinese collectors prior to the sale. Charles said, “The Chinese market is booming as the country’s growing numbers of wealthy collectors flock to repatriate what they regard as their history and heritage. They are prepared to pay huge prices for the privilege, frequently outbidding western collectors.