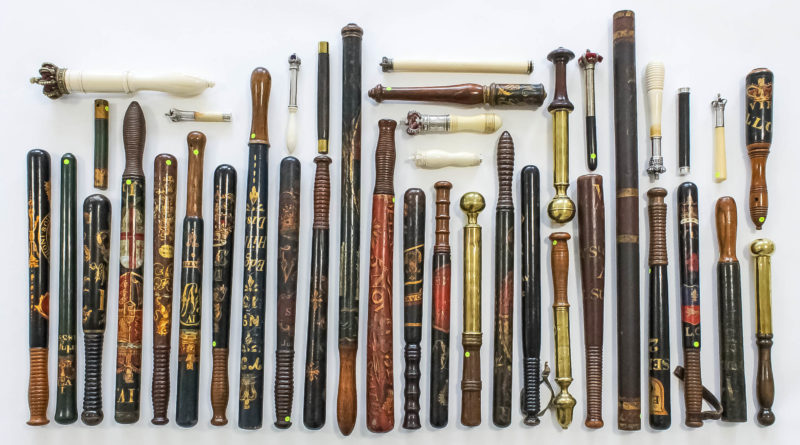 A huge collection of rare 18th- and 19th-century decorated antique police truncheons, tipstaves and beadles’ staffs formed by composer and historian Gavin Littaur is to be sold by a Kent auction house

The 137 lots of mostly individual examples are expected to realise a total of around £35,000 in a three-day sale on October 2-4 at The Canterbury Auction Galleries. Estimates range from £60-£750. 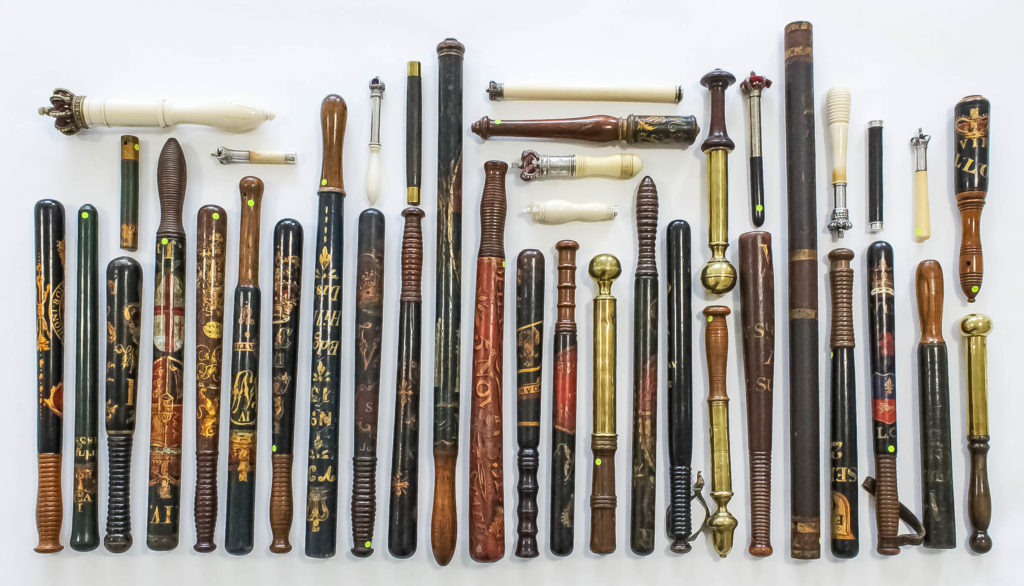 The collection of antique police truncheons was formed over a period of more than 15 years, prompted by a visit to an antiques fair where Mr Littaur saw a particularly beautiful painted example, which he purchased.

“I have a dry, black sense of humour,” he said. “The irony that such a beautifully decorated piece of wood was actually intended to thwack someone across the back of the head with the business end appealed to me so much that I began collecting them.”

The result is a comprehensive group of examples, many selected specifically for their fascinating decoration, which can identify not just the branch of the police it came from, but also the county and town and in some rare cases, the actual officer who carried it.

Highlights in the collection are many and varied. The most valuable is probably a Georgian long truncheon measuring 27.5ins, painted with “GR”, the royal coat of arms and a rare image of the White Tower, the old keep at the Tower of London, where it would have been carried by a resident policeman. It is estimated at £500-600. 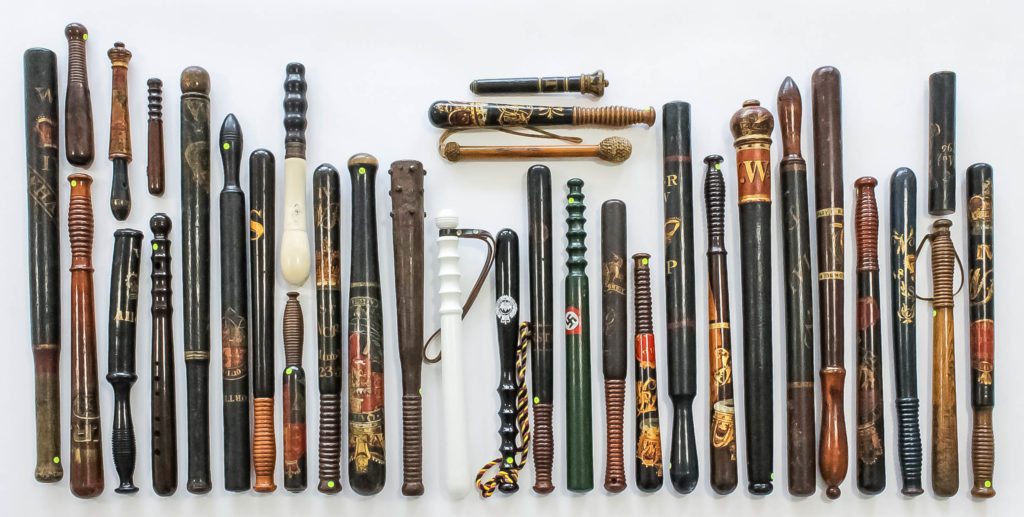 Other interesting examples include:

a rare early George III, huge 6ft 5in beadle’s staff or maize. The latter is painted with a crown over “GIIIR” and “Westow 1777”.

An Edwardian cylindrical brass short staff, stamped “C.R.Spice. Warder. R.N.HMS. Grafton Pacific. Station 1905”, recalls an incident when the Edgar class cruiser was ordered to the Pacific Station in 1901 to relieve HMS Warspite as flagship. Arriving at the garrison in Valparaiso in 1902, she landed a party of armed sailors at San José, Guatemala, to suppress revolutionaries demonstrating against efforts to force the Guatemalan government to repay a British loan. The show of force worked and the loan was repaid, while warder Mr Spice would have been in charge of rebel prisoners. His staff is estimated at £500-600.

Elsewhere in the collection are truncheons commemorating Chartist riots, the working class protest movement in the 19th century.

One, estimated at £400-500, is painted with “VR” over a crown and royal coat of arms with lion and unicorn supporters, and bears the Manchester coat of arms, with “R.W. Augst. 16 1842” on the reverse. This is the date of a riot in Burslem, in the Staffordshire Potteries. The depression in 1842 led to a wave of strikes and in Staffordshire alone, 116 men and women went to prison and 56 transported.

Another, dated April 10, 1848, commemorates the mass meeting on Kennington Common, London, when a third petition was delivered to parliament by a number of Chartist leaders. Interestingly the design on this truncheon is painted upside down (estimate £250-350).