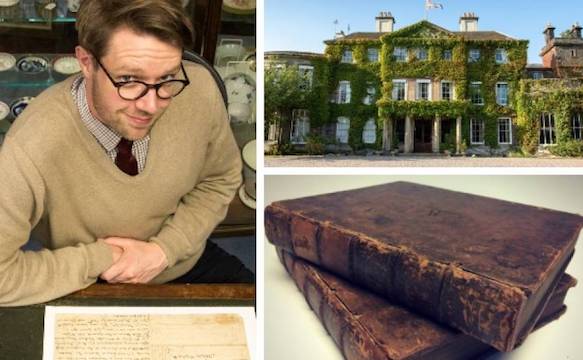 A rare first edition of a book that helped lay the foundations of modern capitalism could sell for thousands at a Derbyshire auctioneers next month. 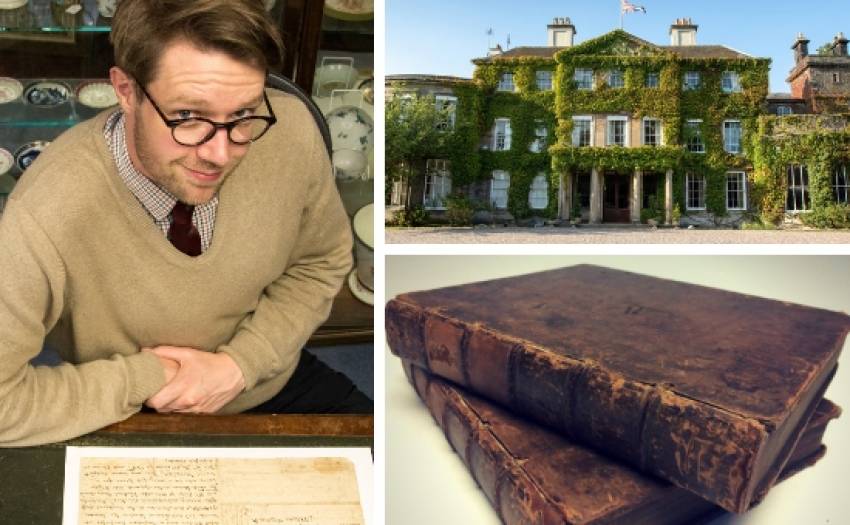 Recognised as a masterpiece treatise on economics since its publication in 1776, the copy of Scottish economist and philosopher Adam Smith’s The Wealth of Nations was found by chance in a Midlands’ cupboard.

It could now fetch tens of thousands of pounds when it goes under the hammer.

Volumes 1 and 2 of Inquiry into the Nature and Causes of the Wealth of Nations, commonly known as The Wealth of Nations, was discovered by Hansons Auctions books experts Jim Spencer recently during routine final preparations for the sale of the contents of Staffordshire mansion Bishton Hall.

It took Scottish economist and moral philosopher Adam Smith 10 years to write, lays out the principles of modern capitalism and could be worth as much as £50,000. In 2013, a first edition of The Wealth of Nations sold for £46,000 at auction in Edinburgh.

Mr Spencer, head of the Library Department at the auction house, which is handling the contents sale, said, “I felt like I’d struck gold. I just knew I was going to find something special at Bishton Hall, I sensed it.

“I’d spent a whole day at Bishton, going into every nook and cranny and practically climbing up chimneys to make sure I didn’t miss anything. I was covered in thick dust by the time I’d finished.

“Then, recently, I was randomly called back to the house for some final checks, I looked into a cupboard beneath a silver cabinet and there it was – pure gold in the world of antiquarian books. It was like finding hidden treasure. Everything about it was absolutely right. I knew straight away it was a first edition.”

Bishton Hall, at Wolseley Bridge, near Stafford, dates back to circa 1750 and its contents are being sold by Hansons Auctioneers on behalf of the Stafford Northcote family, who moved there in 1946.

Hilary Stafford Northcote said: “We knew the books existed and that they were first editions, what we did not know was where exactly they were. The family has always collected books, indeed there are libraries big and small all over the house.”

Mr Spencer said: “It’s so valuable because it’s a first edition of one of the most important books in the world. Adam Smith’s masterpiece is the foundation of modern economic thought and remains the single most important account of the rise of modern capitalism.”