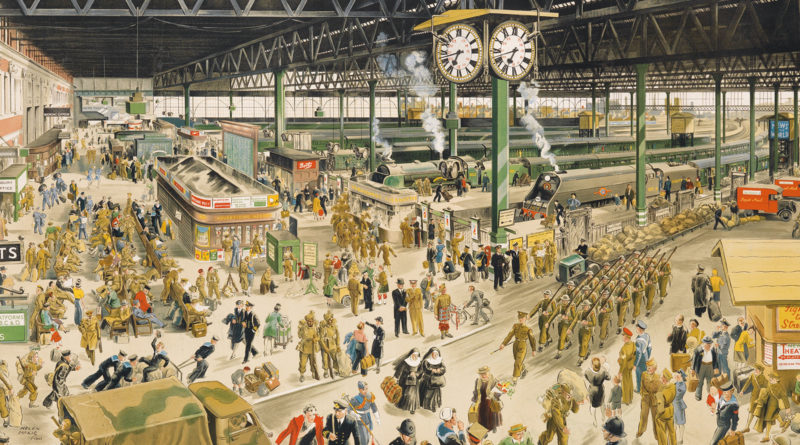 The posters are part of a wider sale that illustrates how important women artists were in the early days of the development of poster design. 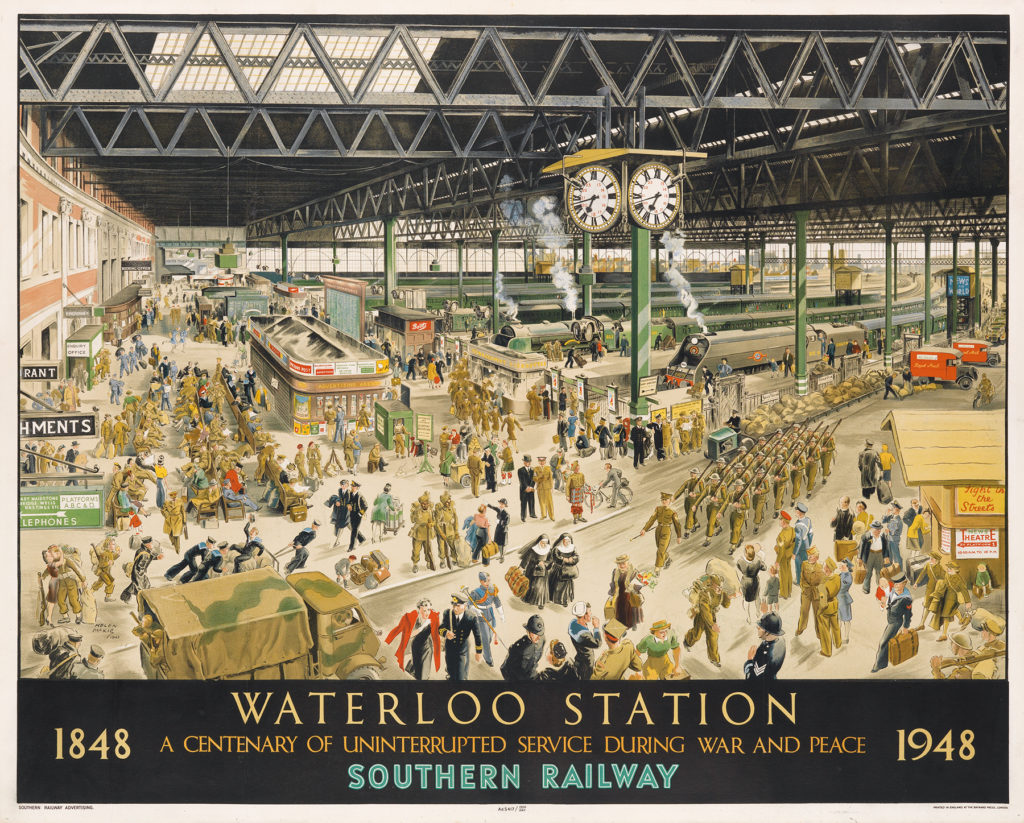 McKie was a leading light of the travel poster genre, and also designed for magazines of the time such as The Graphic and Autocar.

Her inspired double portrait of the concourse and platforms of Waterloo Station depicts numerous figures going about their business, almost all of them in uniform in War and many of them in civilian clothes in Peace – but the fascinating theme is that it is exactly the same figures in exactly the same positions in both images, each estimated at $10,000.

Elsewhere in the sale are sought-after early London Underground posters by the Swedish sculptor and illustrator Arnrid Banniza Johnston. For the Regents Park Zoo / Underground, from 1930, shows the cages and enclosures filled with people – from a judge, earl and cardinal on swings to top-hatted gentlemen in the bear enclosure – with the animals wandering around as visitors. Swann Galleries expects the poster to sell for $3,000 to $4,000. 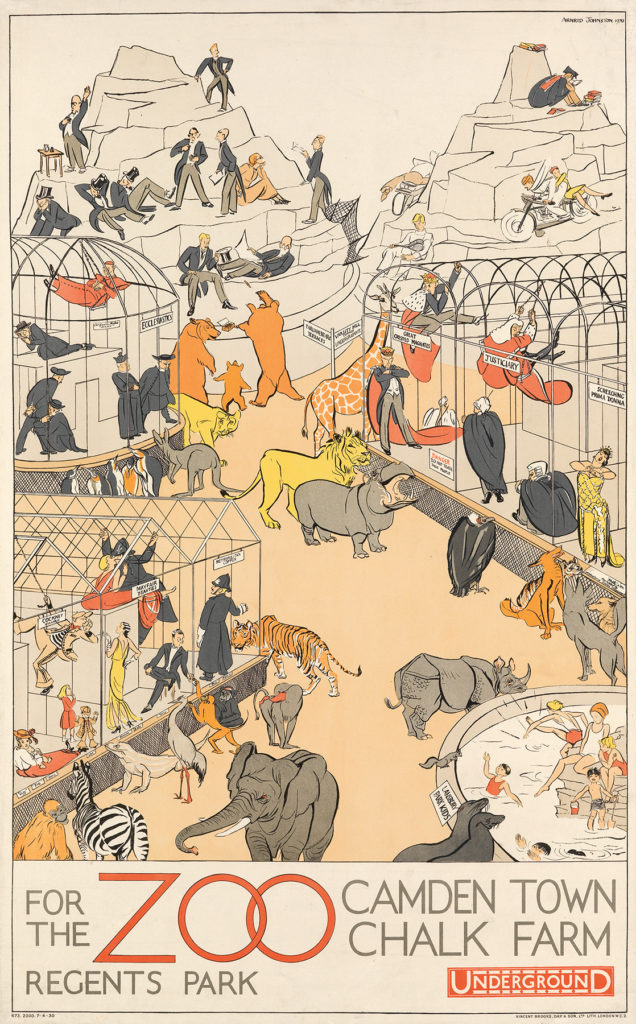 Herry Perry was a designer and illustrated mapmaker who combined both sets of skills in her work for London Underground. Three examples here, Kew, Hounslow and South Harrow, are a riot of colour and filled with amusing figures. All date to 1929, with each guided at $800 to $1,200.

Also on offer will be two early poster designs for museums from 1928 by the celebrated artist Rex Whistler, who died a hero’s death as the first casualty of the Guards Armoured Division during the Normandy invasion in 1944.

The Tate Gallery and London Museum are lively and humorous colourful designs blending the everyday with the heroically fanciful in Whistler’s signature style. Each comes estimated at $2,000 to $3,000.

Other poster views of London from the 1930s feature the opening of the Piccadilly Line extension in 1932, the Houses of Parliament and Westminster Abbey, as well as more general images of London and its sights.

Posters relating to Cambridge, Cheshire, Yorkshire and Scotland also appear in the sale, as do more general designs linked to travel in Britain in the 1930s. Estimates among them range from $500 up to $1,800. 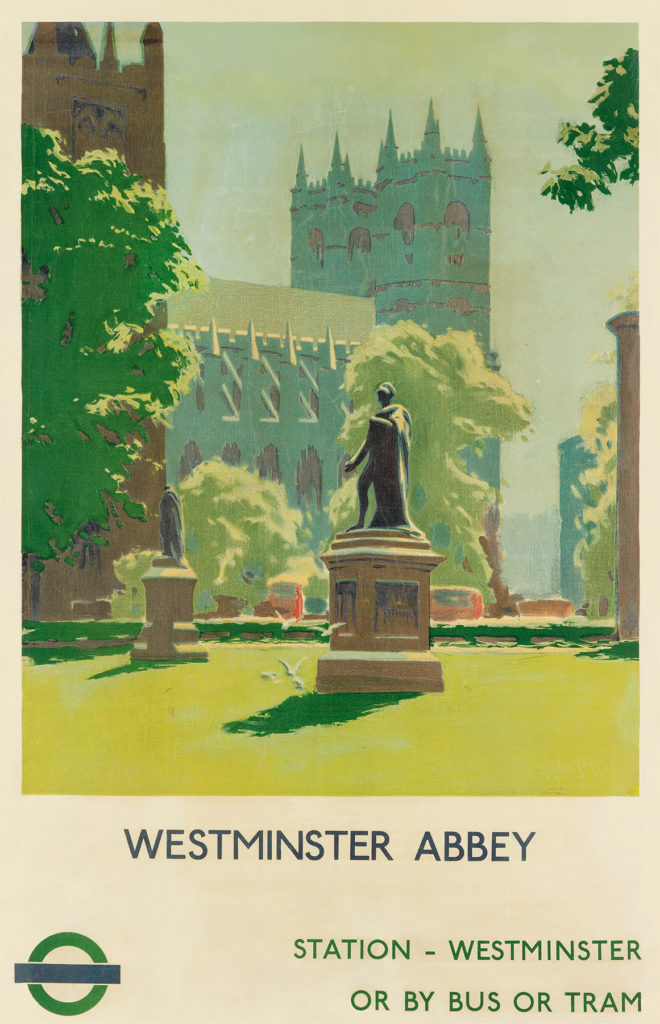 The sale of the posters takes place on October 25.