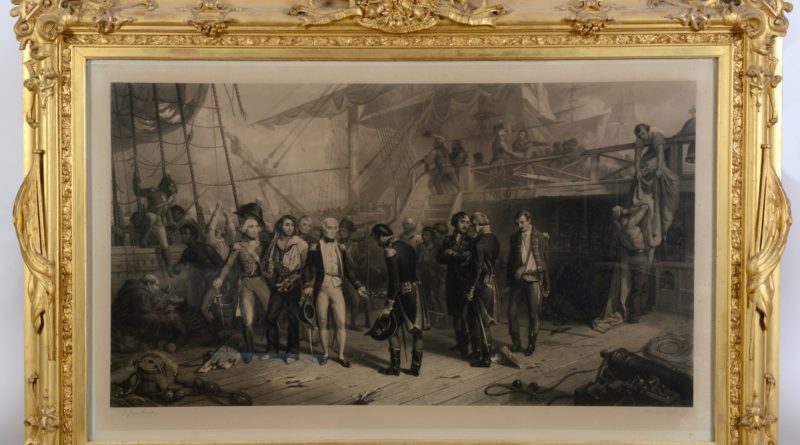 Two historic arch rivals are set to battle it out again at auction when a pair of Victorian prints, one featuring Nelson, the other Napoleon, come up for sale in Dorset auction house. 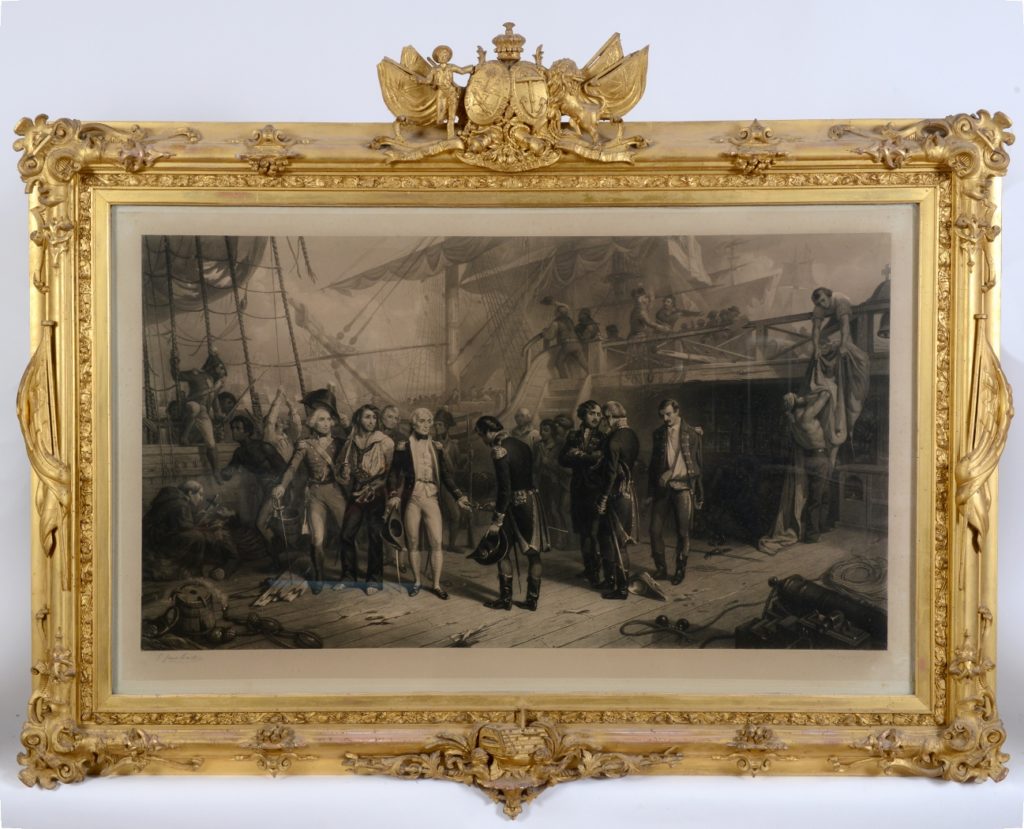 Charterhouse Auctions will sell the prints in their two-day sale on October 18 and 19.

“Nelson and Napoleon were arch enemies so it was amusing to see the pictures hanging opposite each other when I visited the owner’s home,” commented auctioneer Richard Bromell. “Whilst the pictures themselves are not of great value, it is the fine gilt gesso frames which really set the images off and are probably the best pair of such frames I have seen in my 34 year career.” 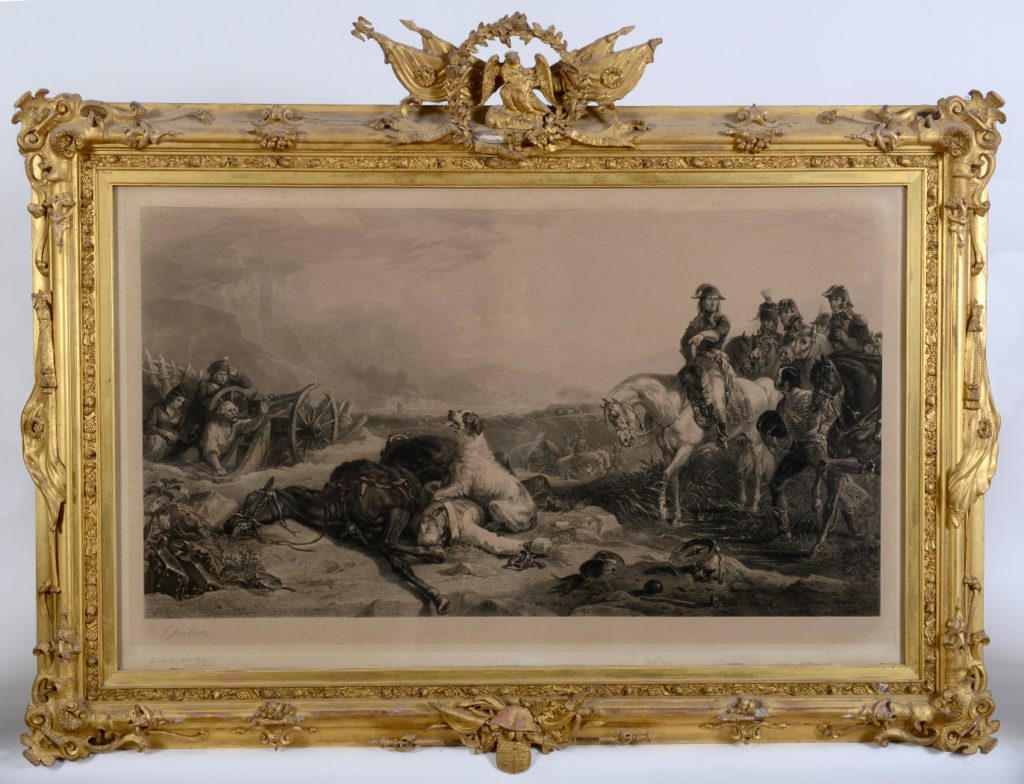 Known as trophy frames, the picture frame with Nelson is decorated with a sailor, lion, sextants, cannon, hornpipes, flags and the stern of HMS Victory. Napoleon has similar decoration with French Empire emblems, cannon, drums, armour, muskets and his legendary bicorn hat. The pair of pictures are estimated to sell for £1,000-2,000.

Both pictures, which measure approximately 116 x 150 cm overall, were displayed in the hall of the owners 17th-century farmhouse where they have been enjoyed by generations of the family for nearly 100 years.