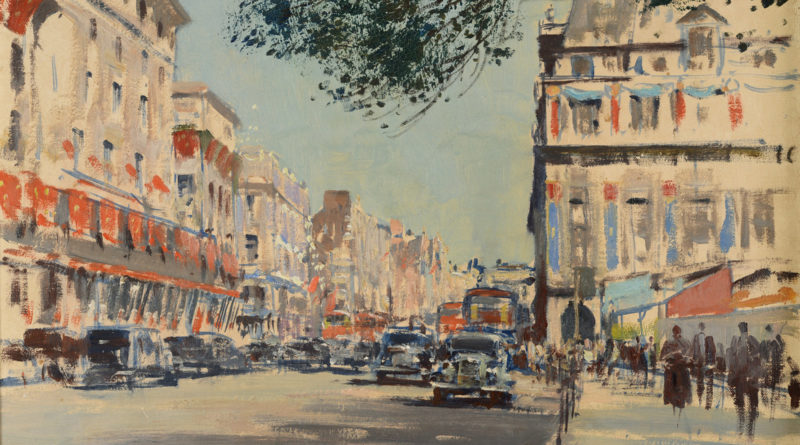 A rare Edward Seago oil on canvas of Piccadilly and the Ritz Hotel at the time of the Coronation in 1953 is to go under the hammer in a Somerset auction house with an estimate of £20,000 to £30,000. 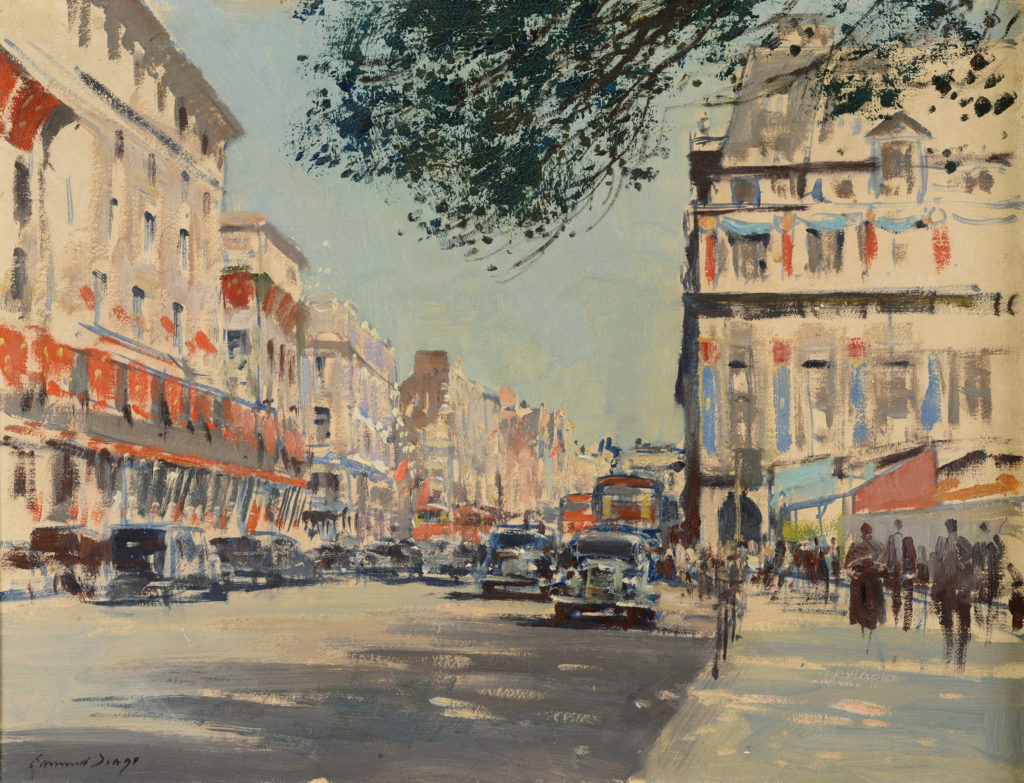 According to the auction house, the Somerset consignee was unaware of its potential value.

The picture, to be offered at Lawrences on October 12, was painted in June 1953 when Seago was still in London following the Coronation. It shows a bustle of traffic and pedestrians near the Ritz Hotel.

Richard Kay, Lawrences’ picture specialist, finds it a fascinating example of Seago’s work. He said, “His London views are relatively scarce, for Seago is better known for his coastal subjects and landscapes in East Anglia.

“This picture, painted when he was still formulating his highly distinctive technique, shows him accomplishing a complex scene with skill. With a keen eye for light combined with a fluent technique of great panache, he captures the sense of liveliness in a subject such as this through the use of attenuated figures and mere hints of form which suggest fleeting movement.”

Seago was selected as an official artist for the 1953 Coronation, due to the Queen’s fondness for the artist’s work. Not only was one of Seago’s oils selected by HM The Queen as the most successful depiction of the Coronation procession but the artist himself made gifts of pictures twice a year to the Queen Mother up until his death in 1974.