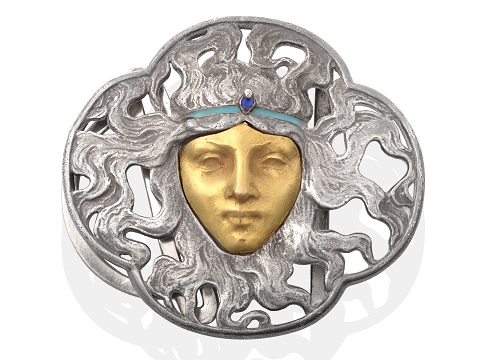 An art nouveau belt buckle by famed Parisian glass maker René Lalique, which featured on the BBC Antiques Roadshow, is to be sold in a North Yorkshire saleroom next month.

The rare silver and gold buckle, modelled in the form of a female face with flowing hair and a blue enamel headband, will be sold in Tennants Auctioneers’ Fine Sale on November 17. It was examined by jewellery expert Geoffrey Munn during filming of the Antiques Roadshow at Castle Howard in April this year. 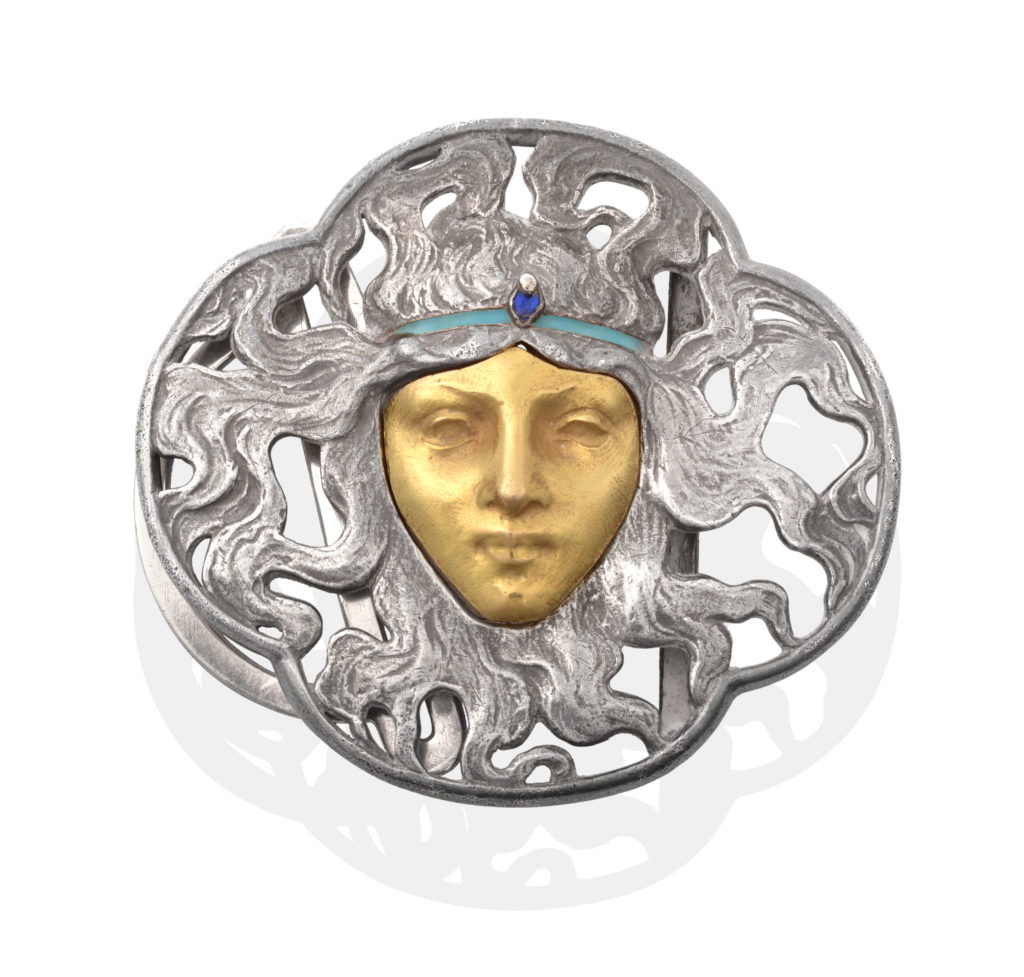 The item had been worn by the vendor throughout her nursing career, and she had been gifted the buckle by her great aunt who had moved to the UK from France in the 1890s.

Belt buckles are relatively scarce in the output of Lalique’s career as a jeweller, and this example is expected to attract collectors of Lalique and belt buckle enthusiasts when it comes up for sale in November.

Also on offer in the same sale is a simple but stylish gold ring by designer Archibald Knox for Liberty & Co. 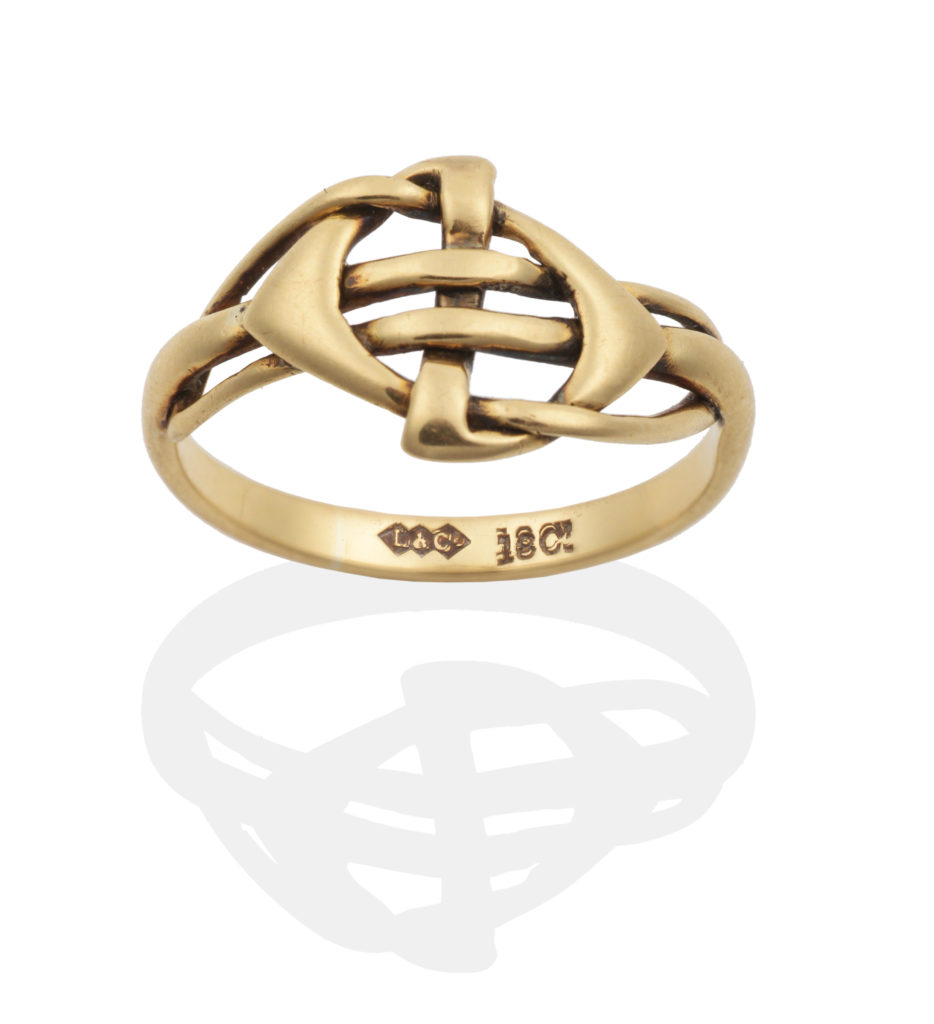 In the form of an interlocking Celtic scroll, the design was featured in the Sketchbook of Jewellery Designs by Liberty & Co. circa 1900-1912.

Knox was a renowned designer, who was the primary designer for Liberty’s during the height of their success; he was enormously influential to British design, his work bridging the Arts and Crafts, Art Nouveau, Celtic Revival and Modernist movements. The ring is offered with an estimate of £1,000-1,500.