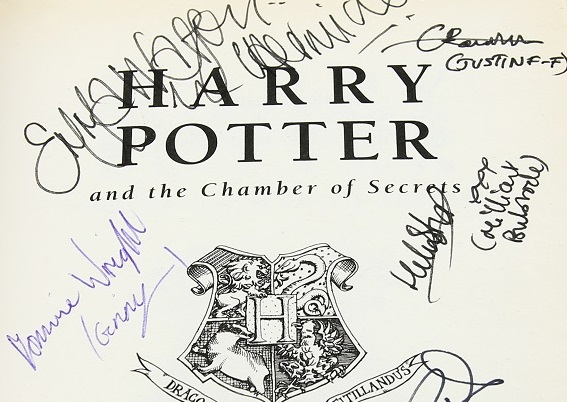 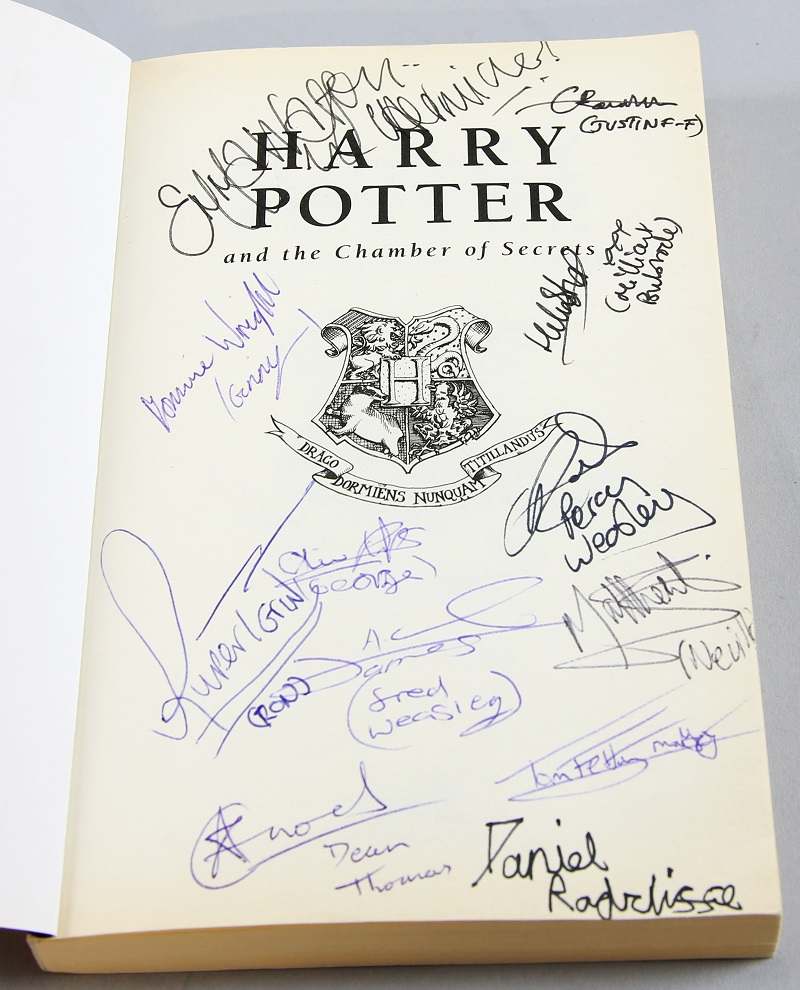 Memorabilia items, including the iconic ‘trandem’ bike used by 1970s and 80s comedy trio The Goodies and signed Harry Potter books were in demand at a recent sale at Surrey’s Ewbank’s auctioneers.

Highlights of the early-October sale included an original fourth draft screenplay script for Dr No, the first-ever James Bond film, which saw a final price of £3,048, beating the top-end of its pre-sale guide price.

The script, with buff card cover and signature to the front, also came with another later bound copy of the script for the iconic film starring Sean Connery and Ursula Andress.

The well-known three-seater ‘trandem’ bike used by the much-loved comedy trio, The Goodies, in the 1980s, also went under the hammer at Ewbank’s.

The blue bike, the last incarnation of the vehicle used by The Goodies – Bill Oddie, Tim Brooke-Taylor and Graeme Garden – when their programme switched from BBC to ITV, had a final price of £2,665, beating its top-end estimate of £1,500. Episodes of their show started with footage of the three pedalling away together on their elongated bike.

Among the many vintage posters available to buy at the sale were a couple of highlight items, including a poster, used in a British Army cinema in Germany, of the 1962 film Lawrence of Arabia, starring Peter O’Toole, sold for £5,842, more than doubling its top-end pre-sale estimate. Another poster from the same vendor, also used in a British Army cinema, for the Beatles’ film A Hard Day’s Night, had a final price of £1,397.

A British Quad poster advertising the 1963 James Bond film, From Russia With Love, featuring artwork by seminal poster artist Renato Fratini, had a final price of £7,620; and a poster for the 1965 film Dr Who And The Daleks, starring Peter Cushing, sold for £2,540.