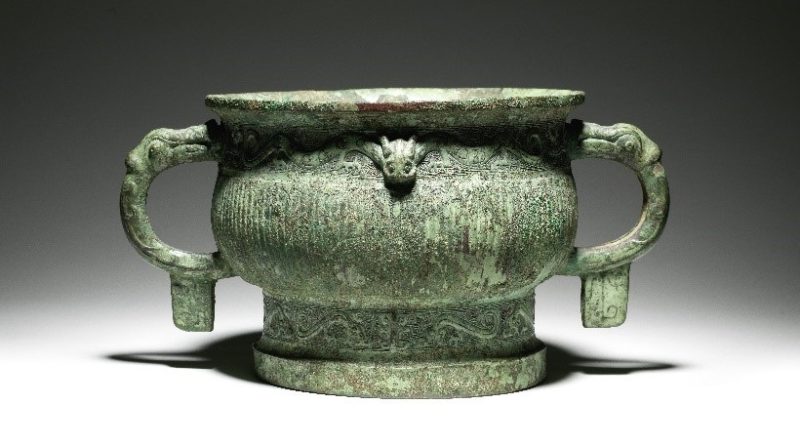 A rare collection of early Chinese art will be offered for sale at Bonhams next month, when the renowned collection of French businessman and philanthropist, Jean-Yves Ollivier, goes under the hammer.

The sale has a combined upper estimate of £4m.

Bonhams UK and Asia Chairman Colin Sheaf said: “The Ollivier Collection of Early Chinese Art is one of the finest of its kind ever to appear at auction. Jean-Yves is a remarkable man, as his many achievements testify, and his judgement and intuitive feeling for quality and authenticity have been flawless guides throughout his long years of collecting. It is a privilege to be offering these exceptional works.”

Some of the leading pieces in the sale are: 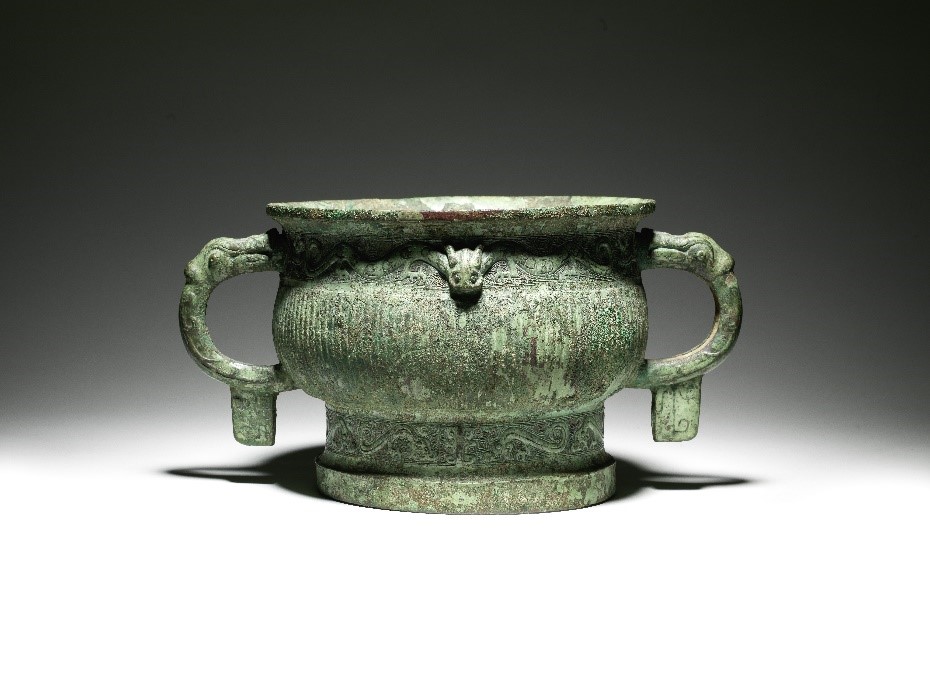 An archaic bronze vessel (above), Gui: Western Zhou Dynasty. Estimate £350,000-500,000.  In China, ancestors were seen as active participants in the life of their living descendants, which they could positively influence if provided with continuous care. Gui were ritual vessels used throughout China to hold offerings of food – mainly grain – at ancestral tombs. This example has a motif on the neck of the vessel of a single-headed dragon with its body split in two, each half running towards the top of the handles on the sides. It is very unusual and has only ever been seen on gui in the early Western Zhou dynasty. Surviving pieces are extremely rare. 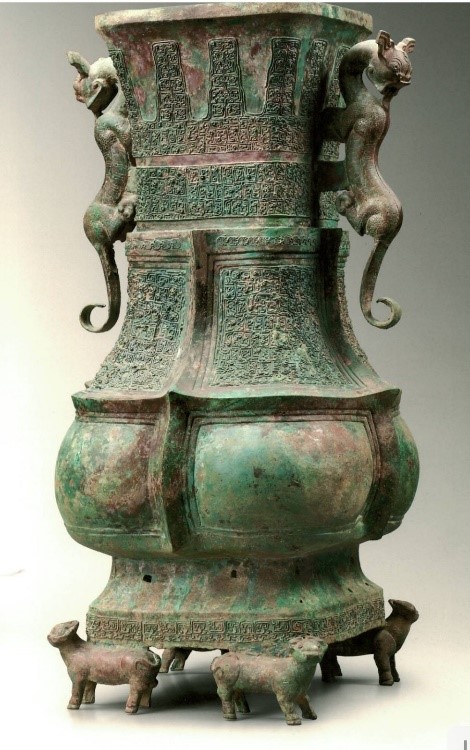 An extremely rare and massive archaic bronze ritual vessel (above), Fang Hu, Eastern Zhou Dynasty. Estimate £250,000-350,000. A magnificent example of the advances in casting technology accomplished during the Eastern Zhou dynasty, resulting in innovation and elaboration of forms and decoration.

At a time of constant flux of the rigid rules on rites and daily customs set by the Zhou Court, feudal lords were eager to commission exceptionally large and elaborate vessels to be used in their court rituals and banquets, as a display of power and opulence. With the advent of lost-wax casting technology, elaborate decorative features that were previously difficult to model with the piece-moulding method become feasible to sculpt, adding depth to the decorative details.

Born in Algeria, Jean-Yves Ollivier worked as a businessman in Europe, Africa and Asia. It was while he was running different companies in Africa in the 1980s that Ollivier played a pivotal role in the behind-the-scenes peace negotiations that contributed to the ending of apartheid in South Africa, and the release of Nelson Mandela. The part in the secret negotiations played by ‘Monsieur Jacques’, as Ollivier was known, only came to light in the 2013 documentary, Plot for Peace.

Ollivier’s parallel life as a collector began when he worked in London as a stockbroker for another celebrated art collector, Robert Strauss. But it was while visiting the National Palace Museum in Taipei in the late 60s, that he first saw examples of Archaic Chinese Bronzes. Deeply affected by what he saw, the French businessman vowed to acquire a piece.

He eventually collected nine bronze ritual food vessels, all of which will feature in the London sale. Interviewed about his collection in the autumn edition of Bonhams Magazine, Ollivier reflected on what drew him to these works: “I think it was because I felt touched, for the first time, by the craftsmanship. The shape is almost always the same, but I feel as if each piece is infused with a human spirit. It is as if the unknown human who made it has transmitted his soul into the material.”