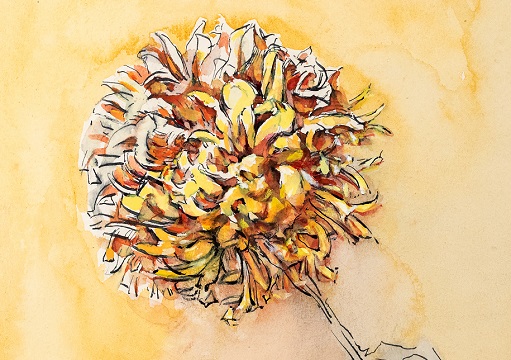 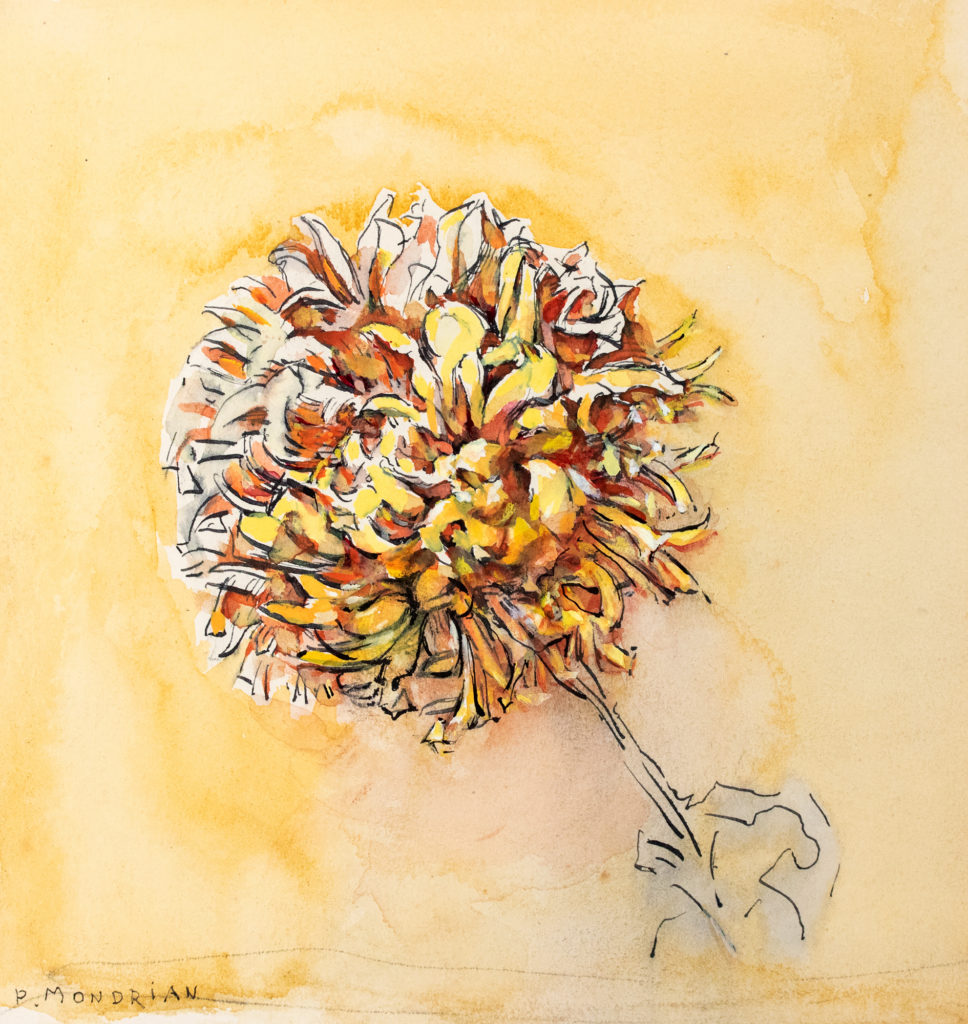 An original watercolour by the 20th-century Dutch abstract artist Piet Mondrian is expected to fetch tens of thousands of pounds at auction this week.

The painting of a dying starburst chrysanthemum was given as a gift to fellow artist and friend Elsa Fraenkel in the 1920s.

It is due to go under the hammer at Hansons London on October 27 with an estimate of £70,000 to £100,000. In the same sale are two abstract collages, signed and dated by renowned German artist Kurt Schwitters, which also belonged to Elsa.

Chris Kirkham, associate director at Hansons London, said: “All three works of art were inherited by Elsa’s son after her death and we’re proud to be selling such important items. They play a key role in the history of art.

“Mondrian is regarded as one of the 20th century’s greatest artists. Examples of his work are housed in the Metropolitan Museum of Modern art in New York. The auction record for a Mondrian is $50 million dollars for Composition number III.

“Kurt Schwitters’ work is also extremely sought after. A single Schwitters collage has sold at auction for in excess of £100,000.

“The background to these works of art is rather special. In the 1920s and 1930s, Elsa, a German-born sculptor, studied art in Paris and mixed in creative circles. She met Piet Mondrian at a time when he was not that well known, bought one of his early geometric paintings and displayed it in her studio.

“It was later stolen and she mentioned to her family that he was delighted someone liked it so much they felt moved to steal it.

“At some stage Piet Mondrian presented Elsa with the painting, entitled Chrysanthemum, created on a page from his sketchbook. Elsa died in India at the age of 82 in 1975.

“In 2004, the Mondrian flower study was valued on the BBC’s Antiques Roadshow and hugely impressed the experts. They found it interesting because it demonstrated a stage in Mondrian’s journey to becoming a great abstract artist.

“All three works of art are expected to spark major interest among collectors worldwide.”

Piet Mondrian (1872 – 1944) was a pioneer of 20th century abstract art. He changed his artistic direction from figurative painting to an increasingly abstract style, until he reached a point where his artistic vocabulary was reduced to simple geometric elements.

His work had an enormous influence on 20th century art, not only on abstract painting and numerous major styles and art movements but also fields outside the domain of painting, such as design, architecture and fashion.

Kurt Schwitters (1887-1948) worked in several genres and media, including dadaism, constructivism, surrealism, poetry, sound, painting, sculpture, graphic design, typography and what came to be known as installation art. However, he is most famous for his collages called Merz Pictures.