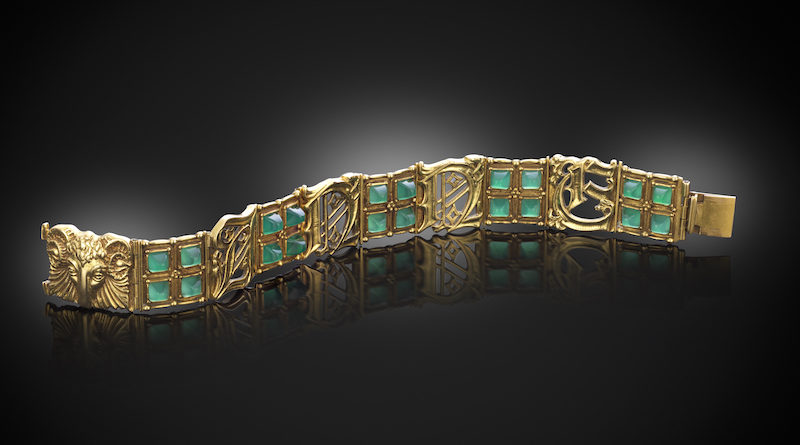 The white gloves were on at a Salisbury auction house when the Dr Anne Shannon Collection of 19th and 20th-century jewellery went under the hammer, with all of the 295 lots selling.

Collectors, keen to add the unique pieces to their repertoire, filled the room along with acquaintances of the Shannon family, showing clearly that interest in the arts and crafts jewellery market is still very strong, especially for makers such as Georg Jensen, Omar Ramsden, Melillo and Giuliano.

The collection was created by Dr Anne Shannon over a 50-year period, starting while she worked as a GP in London during the 1960s and undertaking voluntary work at Goldsmiths Hall assisting in the archiving of designs by Omar Ramsden. It was at this time that Shannon started to collect works by Georg Jensen.

Ahead of the sale, auctioneer Woolley and Wallis hosted eminent jewellery specialist John Benjamin in a talk exploring the collection. Mr Benjamin was also in attendance throughout the sale with the Shannon family.

Highlights of the auction included a stunning gold bracelet set with chrysoprase cabochon which was made in 1931 by Omar Ramsden for his wife Anne. The piece made the top price following spirited bidding between the telephones and two interested parties online. It was finally secured for £27,500. 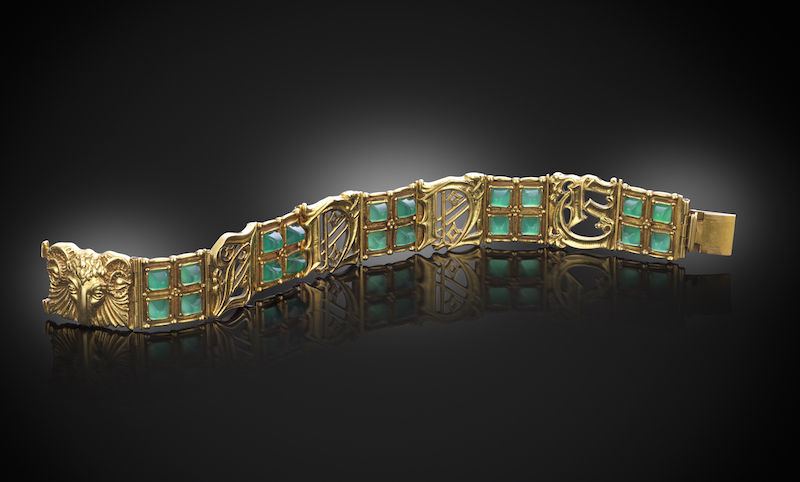 Among other highlights was an intricately worked pair of gold Etruscan revival earrings attributed to Melillo, circa 1870 depicting putti riding doves which sold for an £21,250.

A ‘white glove’ auction is a rare event. This nomenclature relates back to the 19th century when the auctioneer was presented with a pair of white silk gloves at the end of an auction where every lot sold.