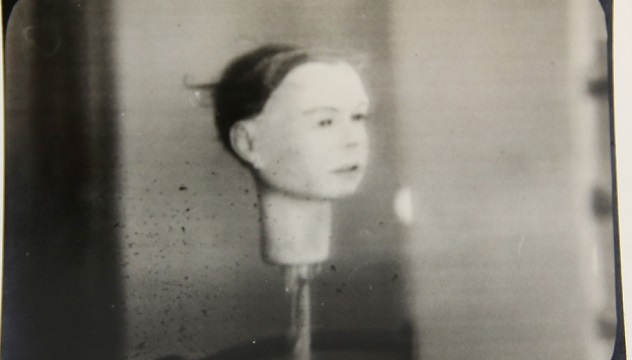 He was the first person ever to be seen on a television screen, now items from an astonishing collection built up by the late William Taynton are to go under the hammer in Surrey this month. 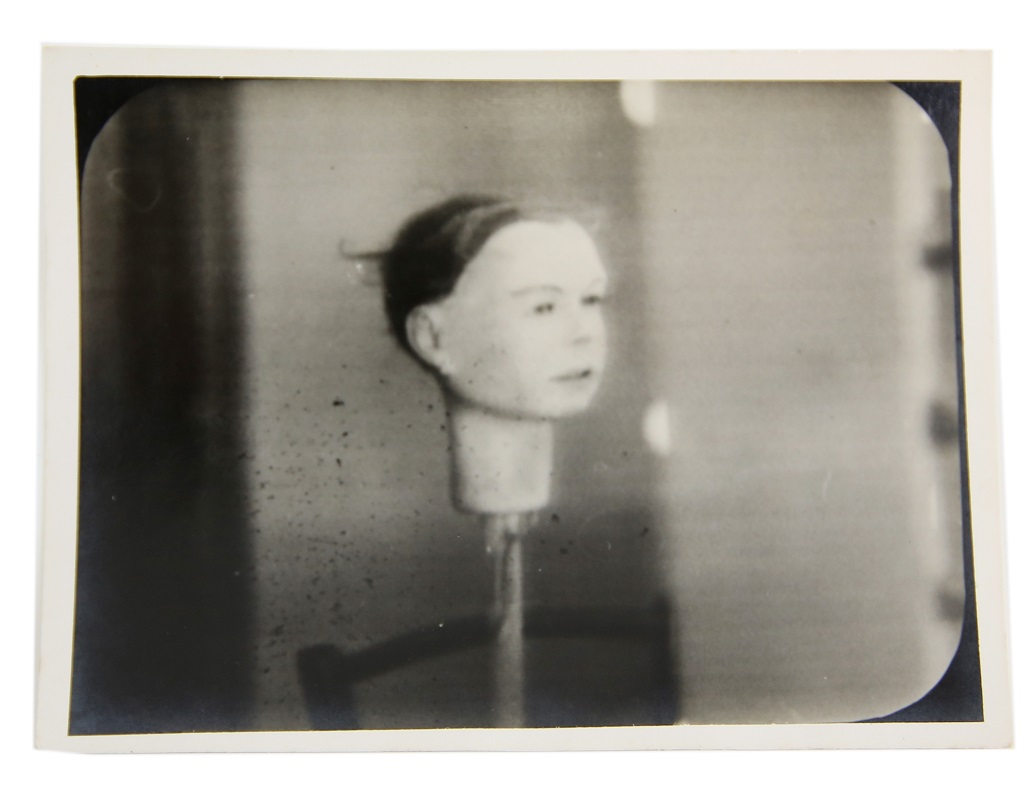 While John Logie Baird is renowned as the father of television, he was not actually the first person to appear on screen. Instead, that honour fell to Taynton, a 20-year-old office worker who was asked by the inventor to assist with a test transmission in 1925 in Soho, London.

Recalling the event in a 1929 interview with Television magazine, entitled The First Television Subject, Taynton commented, “I remember very clearly how one afternoon while I was working in Mr Cross’s office in Firth Street, Mr Baird, who had his laboratory above us, came running downstairs in a very excited condition, and almost pushed me in front of him into the laboratory and got me to sit in front of his projection lamps. These were enormous electric bulbs, and gave out a tremendous amount of heat. Behind the lamps there was a whirling disc, and behind that again a quantity of wireless apparatus.”

The test was successful, and Logie Baird then instructed Taynton to observe him on the screen. “Although I did not realise it at the time, I was the first man in the world whose face had been transmitted by television, and the second man to have seen a televised human face.” 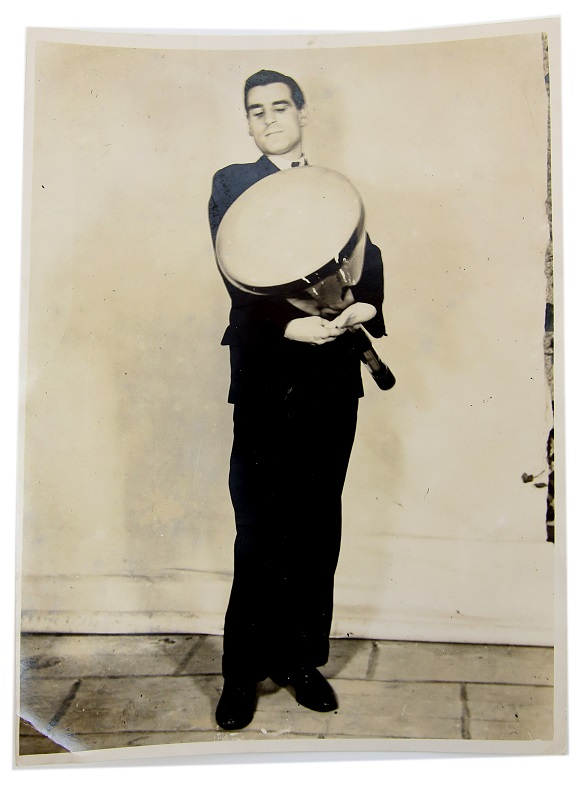 In the years that followed, Taynton was feted for his unique contribution to the medium, taking a close interest in television’s evolution and amassing an associated collection up until his death in 1973.

Now items from the collection will be sold at Ewbank’s Auctions on November 30. These include photographs, letters, cards and Bairds’ wedding gift to Taynton, an eight-day Mappin & Webb clock from 1941, engraved to the rear: To WM Taynton, the 1st person to be seen by television from John L Baird. With Best Wishes for a long and happy marriage July 1941.

Elsewhere, other items include books and ephemera signed by and linked to Baird, as well as copies of Television magazine dating back to the 1920s, photographs – including one of that first TV appearance – press cuttings and vinyl records containing recordings of a 1948 BBC interview with Taynton about Baird.

In 1964, Baird’s wife Margaret presented Taynton with the Baird medallion at the Baird festival, and there are even photographs of Taynton with the actress Raquel Welch cuddling up to him. His fame was to bring him face to face with many such celebrities. 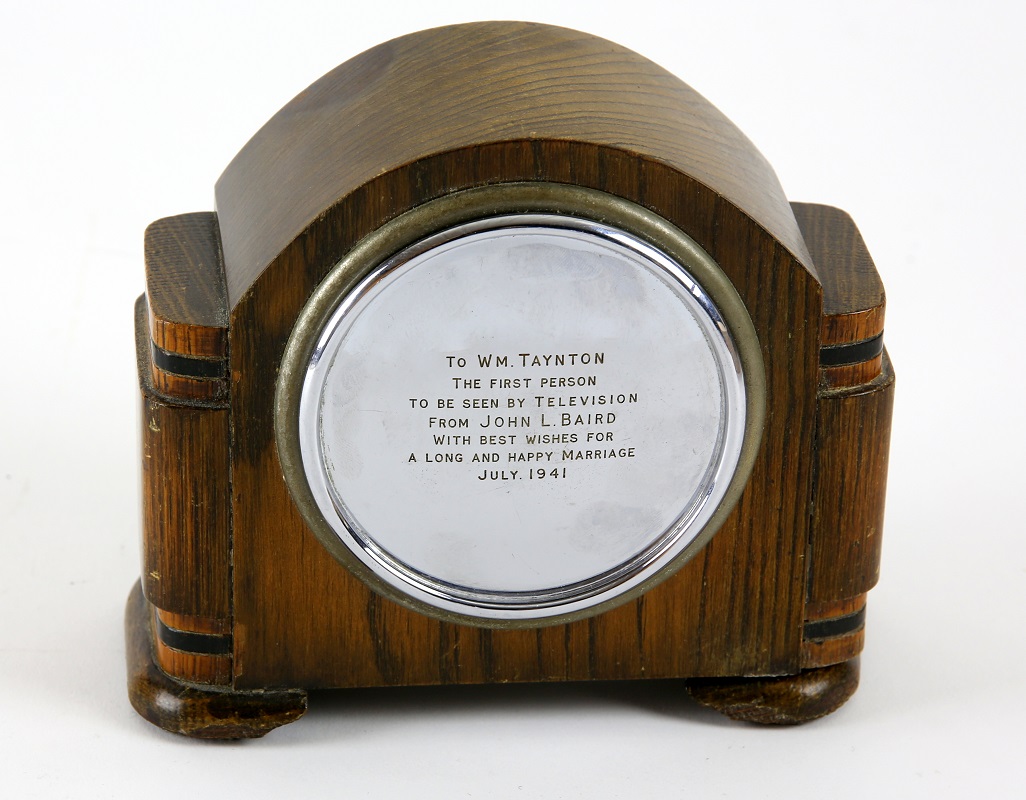 “Many of the items will be offered without reserve and this is not a sale where we expect prices to rocket,” said Chris Ewbank, senior partner and auctioneer. “The point is that this is really an historic archive shedding light on a brief moment in a studio in Frith Street, Soho that was to have a profound and lasting effect not just on those present but on the whole of humanity.”

He continued, “It’s astonishing to realise how, when Baird fetched, a rather reluctant Taynton, from the neighbouring office downstairs for what was, in reality, brief assistance with an experiment, it was to change the young man’s life profoundly forever.

“From that aspect alone, it is an honour to be presenting this archive to the public.”