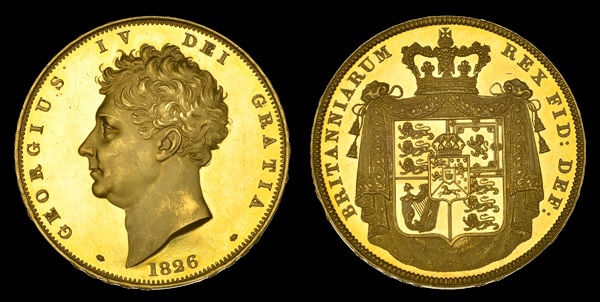 A rare collection of British and Irish milled coins has sold for a hammer price of over £700,000 at a two-day auction in London, part of the total £1.3 million achieved before commission.

The collection was amassed by renowned Berlin-based dealer and collector Michael Gietzelt, which saw only one of the 398 lots in the separate Gietzelt catalogue failing to sell.

The coins in the Gietzelt Collection ranged from the reign of Charles II through to the 20th century. The Collection made a hammer price of £787,355, well above the estimated £575,000.

Michael’s Gietzelt’s fascination with British numismatics began when his mother presented him with some worn Victorian pennies and his great-grandfather gave him his first serious coin – an 1887 Five Pounds piece.

His collection expanded to cover coins from Edward III to the present day as well as orders, decorations, medals and paper money from the British Isles.

With the dispersal of his milled coins he will now focus on the hammered series, including Scottish and Irish issues, while maintaining his collections of coins and tokens of the Isle of Man and the Channel Islands.

The highest prices in the Gietzelt Collection sale were:

The first session of the general coins sale was composed entirely of six private collections, the highest total raised being for Part VII of the English coins from the Collection of the late Dr John Hulett which made £88,970 total hammer price

The highest price for an individual coin in the general sale was £15,000 hammer for an Irish James II Pewter Money Groat from 1689. Only four specimens are known of which this is the finest. The estimate was £5,000 to £7,000.