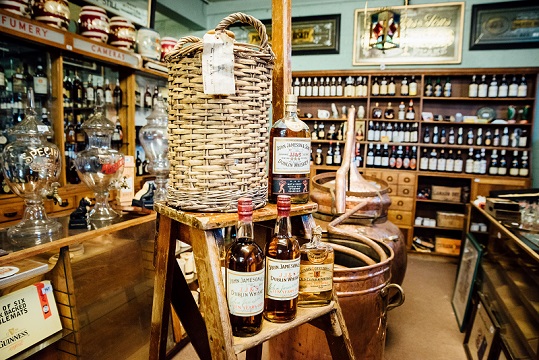 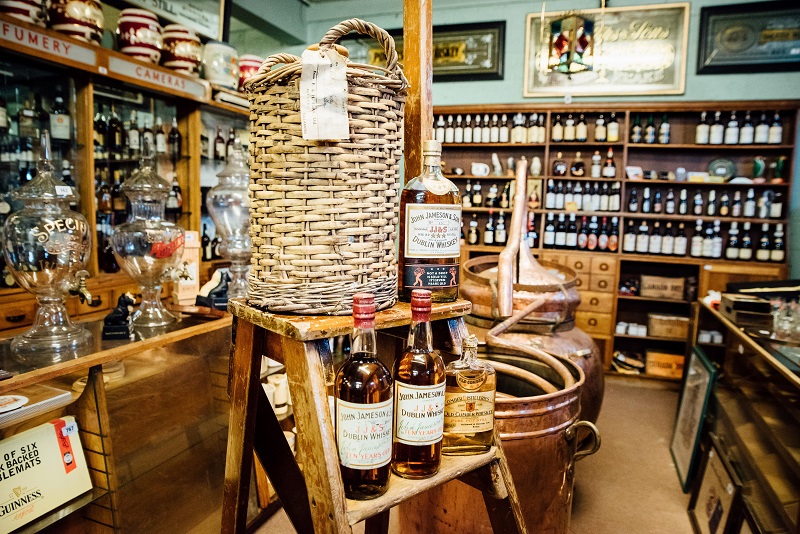 A vast and highly collectable array of whiskey bottles and pub memorabilia are to go under the hammer at Ireland auction house Victor Mee Auctions this week.

The more than 750 items in the sale are taken from the private collections of three consignees, including Gerard Markey of The Mile Mill Pub, Kilcullen, Co Kildare who has chosen to part with some prized possessions from his own collection and his father’s estate, including a collection of rare Irish whiskey, advertising mirrors, and enamel advertising signs.

Gerard’s father – previously an owner of Sean’s Bar, Main Street, Athlone – the oldest bar in Ireland – began this unique collection, with some of the pieces originating from this very site.

In the 1950s, he then purchased The Mill Mile pub in Kilcullen, including the entire contents of the premises, from a gentleman known locally as “The Duke Murphy.” The pub – which features a traceable lineage back to the 1900s – also featured in the 1983 film Cal with Helen Mirren.

Over the years, Gerard’s father continued to collect whiskey memorabilia, adding to the original collection housed in the pub. “Dad collected whiskey and memorabilia from across Ireland, relying on word of mouth and visiting auction houses up and down the country. With sources including a glass representative who kept his ear to the ground for pubs closing down, my father had a network of informants who would let him know when unique pieces were up for sale.”

Inspired by his father’s growing collection, Gerard also began collecting unique pieces in the mid to late 1970s. “I worked in the pub part-time in the evening and at weekends whilst holding up my day job, I was fortunate enough to be working in Dublin City frequently and got to know the antique dealers and shops very well. They would always tip me off if they got anything they thought I’d be interested in, and at that time there was only a small handful of collectors drawn to whiskey and pub memorabilia, so competition was less fierce than it is now.” 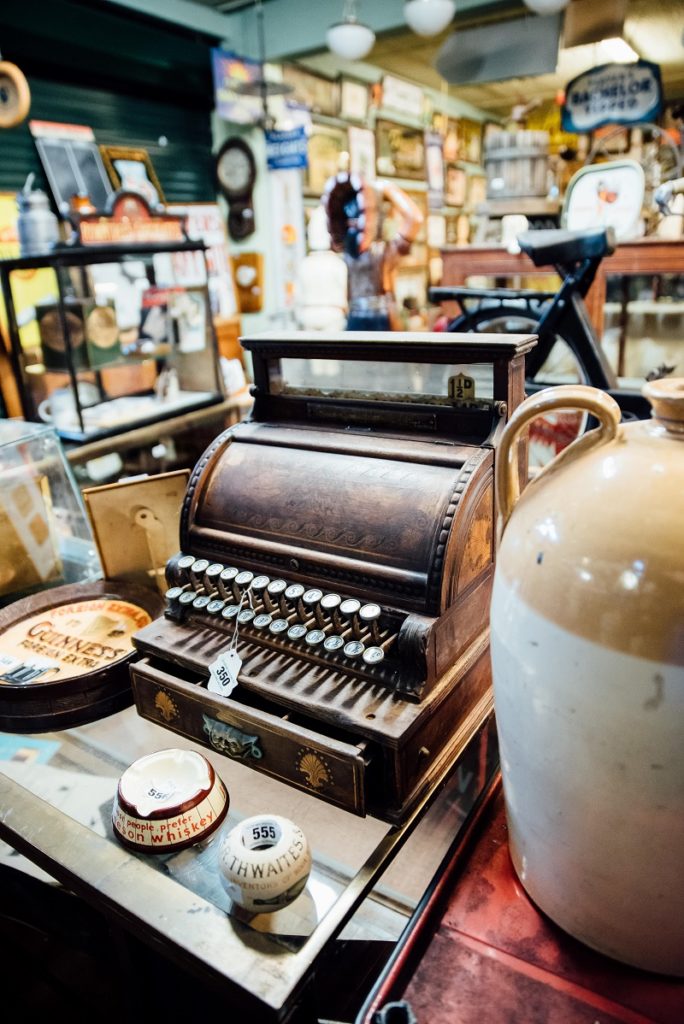 Following the death of his father, Gerard purchased the pub in 2002 including its contents and his father’s collection of whiskey and pub memorabilia. “Coming from a family with a strong history of pub men, it felt natural to hold on to these family treasures over the years,” he Gerard. “Over the recent years, however, I’ve felt that it was time to let go and start again, and I look forward to turning my collecting passion to my interest in motor sports in the future.”

Commenting on the head-turning pieces included in next week’s sale auctioneer Bryan Mee said, “We are delighted to have teamed up with Gerard to sell key items from his and his father’s collections. Sourced with care and an incredibly level of knowledge over the years, our team will be placing these unique and historic pieces with new owners who will appreciate the value of high-quality Irish whiskey memorabilia.”

Included in the unique pieces up for sale next week are a 10-year-old Powers Whiskey flagon cased in a wicker basket. Believed to be distilled in the 1940s, it is incredibly rare for whiskey to be found in these antique flagons and the team at Victor Mee expect this to gain considerable interest form bidders.

Also of interest to keen bidders is a wooden NCR cash register dated from 1892. One of the first of its type to cross the Atlantic from Ohio, the piece includes its shipping document which is pasted on the under-side of the register along with its serial number which will add to the piece’s value.

Bidders are also keen to have the chance to swipe one of three bottles of 1940s Jameson P&H Egan’s of Tullamore, purchase directly from the company. “In 2015 the company purchased back some of these bottles following the Egan family’s drive to resurrect their family brand in 2013 when family members from across the globe came together and reformed P&H Egan’s Limited,” said Gerard. “The reason we have three bottles of Old Jameson Egan’s of Tullamore whiskey is that we had a fire in the pub back in 1972. During the renovation, some stock was moved to outbuildings for storage and had been forgotten about.  These bottles were only rediscovered recently when sorting out the collection and I look forward to seeing what these lost treasures bring in at auction.”

The sale takes place on December 5.