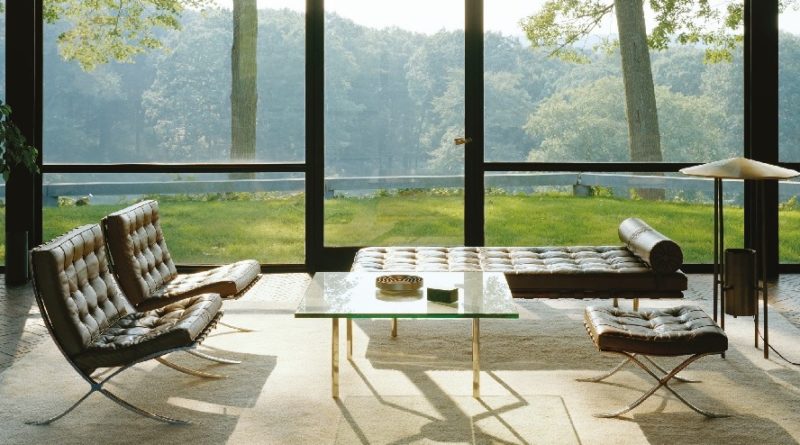 What you are sitting on says a lot about you. From the utilitarian school bench, to Sir Alan Sugar’s boardroom chair on The Apprentice (which is slightly higher than those of his co judges), a lot can be read into its shape, size and comfort.

Perhaps no object tells the history of modern design more eloquently than the chair. From Michael Thonet’s discovery of how to mass manufacture bentwood chairs in the late 19th century and Marcel Breuer’s pioneering use of tubular steel at the Bauhaus in the 1920s, to Charles and Ray Eames’ plywood innovations in the 1940s.

And from the pop-inspired plastic chairs of Verner Panton and Joe Colombo in the 1960s, to the recent advances of contemporary designers, including Jasper Morrison and the Bouroullec brothers, the chair has long been a focus of experimentation for modern designers.

For millennia, the chair has been used to convey power and status.

The origins of the modern chair can be traced back to the thrones of antiquity. Over many centuries, chairs were reserved for rulers and the upper echelons of society. In fact, the word throne comes from the Greek thronos, or elevated seat.

The first chair identifiable from the historical record comes from a sculpture from one of the Greek islands, dated 2,800-2,700 B.C. The figurine of a harpist is sitting in what looks like a kitchen chair, with a straight back and four legs.

By the time of the ancient Egyptians, sitting was a matter of status: lower classes sat on stools, or on the ground, with chairs with back and armrests reserved for the elite.

The ancient Egyptians also used beds and reclined on couches. The earliest pictorial evidence of dining in a reclined position is a 7th century B.C. bas-relief in the British Museum.

The alabaster carving sometimes called The Garden Party shows an Assyrian king and his wife celebrating a victorious battle. The king reclines on a couch that resembles a chaise longue, while the queen is seated in a nearby armchair.

In the 5th century B.C., the Greeks invented the klismos, which featured curved legs and an arched backrest. And, in terms of sheer elegance, nothing to rival the style emerged for the next 2,000 years.

It was not until the golden age of chairmaking in the 18th century, that a flurry of creative craftsmanship began. New global trade produced ornate items, ranging from the French Louis XV armchair, to stylish cabriole-legged furniture.

But, despite their lengthy evolution, the comfort of the chair has changed very little. What has differed was what the chair said about its owner.

The Power of Chairs

With the advent of industrial furniture production in the 19th century, chairs finally became affordable for the wider population. Yet their connection with status and power remains evident up to the present day.

The Belgian cabinetmaker Jean-Joseph Chapuis evoked the strength of Imperial Rome when he created the chaise de garde for Napoleon Bonaparte’s renovation of Laeken Castle near Brussels in 1802.

In the 20th century, designs offered comfort as an expression of influence and authority. Consider Ludwig Mies van der Rohe’s Barcelona Chair, made for the German Pavilion of the 1929 International Exposition in Barcelona, or Charles and Ray Eames’ Lounge Chair, dating from 1943-56.

For decades iconic designs have been used in films to encapsulate character. James Bond’s nemesis in The Spy Who Loved Me sat on a 1963 Elda Chair by the Italian designer Joe Colombo; while M’s London apartment features a Barcelona Chair. Star Trek’s Spock, sits on a 1965 Ribbon Chair by Pierre Paulin.

The Egg Chair was designed by Arne Jacobsen in 1958 for the Radisson SAS hotel in Copenhagen. It was originally made for use in the spacious lobby, to create sheltered areas for undisturbed conversations.

Jacobsen wanted to contrast the hotel’s strong, straight architectural lines with a comfortable and relaxed interior of a greyish/green palette and beautiful organic curves.

It was manufactured by Fritz Hansen, who still makes the chair today, and who acquired the rights to manufacture moulded furniture in Styrofoam, a material pioneered by Jacobsen’s Egg Chair.

By way of contrast, Western democratisation led to more utilitarian designs, as witnessed by the televised debate between John F. Kennedy and Richard Nixon in 1960. Each candidate sat on Hans J. Wegner’s wooden JH501, designed in 1949.

The chair’s understated design represented the ideals of a grassroots political style. The style was at odds with French President Emmanuel Macron’s more regal posture when he sat on
a throne at his inauguration in 2017.

Low back and Laid back

Dutch designer Hella Jongerius took the notion of egalitarianism a step further than Wegner, with her East River Chair, from 2013, conceived for the UN Headquarters in New York.

Its colourful upholstery fabric, low back, and integrated armrests convey a sense of openness and plurality. The back legs are on wheels, as if to hint change is more important than adhering to traditional values.

Jongerius’ armchair drew attention when it was used by Angela Merkel, Christine Lagarde and Ivanka Trump during a panel discussion at the Women20 Summit in Berlin in 2017.