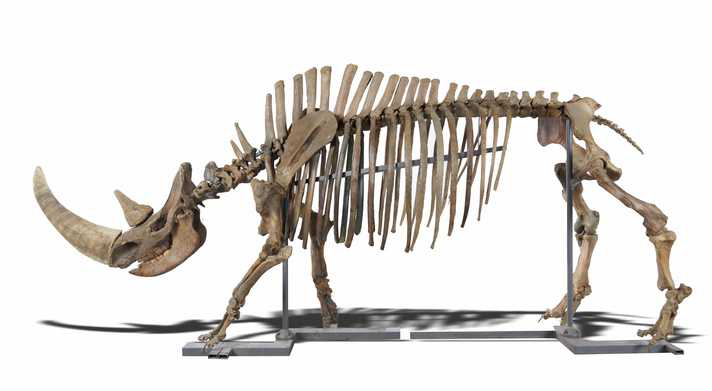 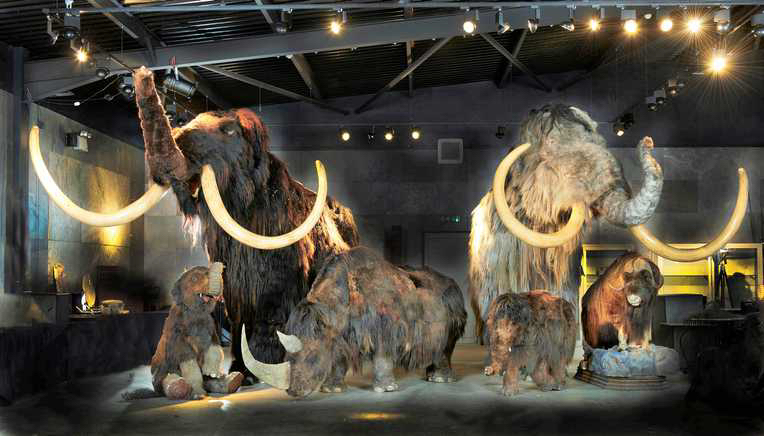 A large collection of skeletons of Ice Age animals looks set to attract interest in a West Sussex auction next month.

Highlight of the spring sale at Summers Place Auctions looks set to be a woolly rhinoceros, which rarely come up for sale. The extinct species was common throughout Europe and northern Asia during the Pleistocene epoch and survived until the end of the last glacial period.

A typical adult male woolly rhinoceros weighed about 1,800-2,700 kg, was 3 to 3.8 metres in length and could be 2m tall, slightly larger than the extant white rhino.

It had two horns, made of keratin, with the smaller horn between its eyes, long thick fur, small ears, short, thick legs and a stocky body. Its shape was only known from prehistoric cave paintings until a preserved specimen (missing only fur and hooves) was discover in Poland and several have been found in Siberia as late as 2015. Most became extinct at about the same time possibly due to human hunting, but also due to climate change. The last Woolly Rhino died in about 8,000 BC.

Summers Place Auctions is also offering an almost complete set of Ice Age animals, originally displayed in the Museo del Mamut (Mammoth Museum) in Barcelona, which shut down in 2016. In addition to the skeletons, there will also be scientific reproductions of the woolly rhino, a family of four mammoths and even a cave man, making the Ice Age scene complete.

The Mammoth Museum was a unique historical and science museum based in a 13th-century building in one of the oldest parts of the city.

The sale takes place on March 12.