An ‘intriguing array’ of fine furniture and clocks will go under the hammer at a Surrey auction house to celebrate its 25th anniversary of sales at its auction rooms.

Some of the highlights of the sale at Ewbank’s on March 22 include:

In the clocks section of the sale, a late 19th-century French novelty timepiece by Guilmet of Paris, in the form of a beam engine, has been valued between £600 and £1,000. 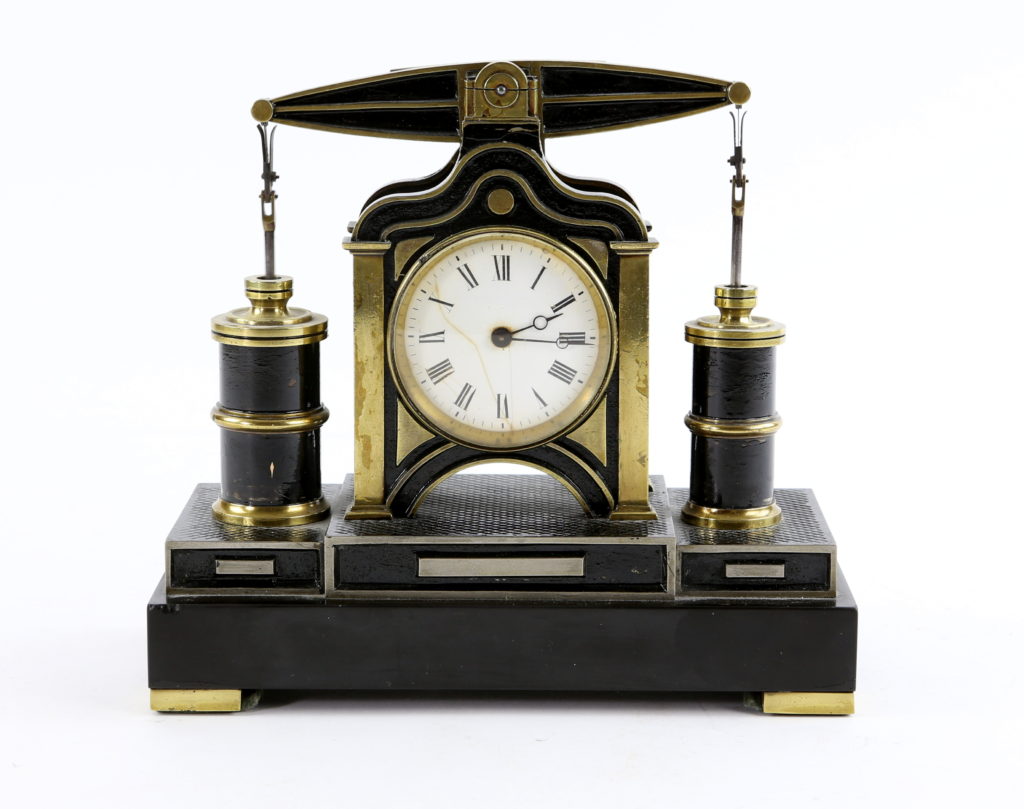 The eight-day timepiece movement has a compound pendulum causing the beam to rock up and down and operate the pistons. Realistically modelled on the machine, with a centrally pivoted beam and two brass-bound flanking chambers on a stepped industrial base, the circular movement is stamped with the GLT makers stamp and numbered 211.

Experts at Ewbank’s believe that the clock must have been among the earliest of this series, as known serial numbers of the main series of industrial clocks listed in Derek Roberts’ book, Mystery, Novelty and Fantasy Clocks, run from 52 to 4566.

Other lots of note in the sale include: