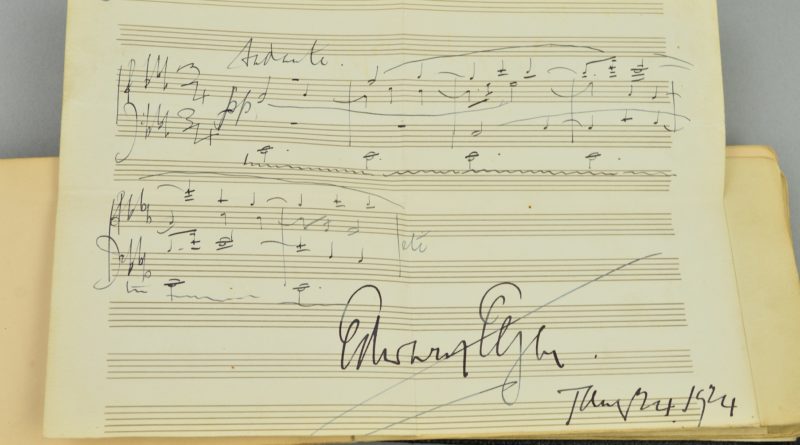 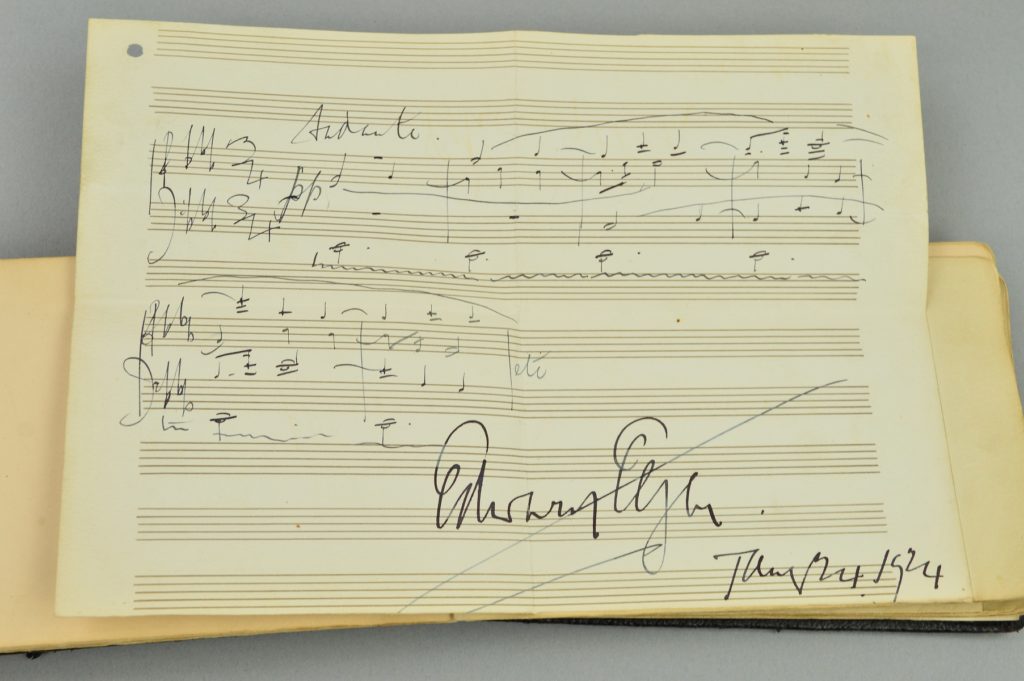 An undiscovered and unheard piece of music by the celebrated composer Sir Edward Elgar has been found tucked inside an autograph book by a Staffordshire auctioneer.

The ‘andante’ dating to 1924 was notated on musical manuscript and then signed by the great composer, who was responsible for some of the most stirring music ever to come from England.

Believed to be scored for a string quartet, the swelling tune could be a brief overture for a more comprehensive piece.

The music paper was discovered by auctioneer Richard Winterton. It was tucked inside an autograph book, which was also bulging with a range of impressive signatures from 1923 to 1924.

They were all collected by Lydia Tabb, a matron at Barnardos, during her time fundraising for the charity.

Relatively little is known about Lydia – at one point she possibly lived in Chertsey; her maiden name was Probyn and in 1939 she married Herbert Edward Tabb, who was described in a contemporary newspaper wedding report as assistant superintendent at the school of handicrafts. 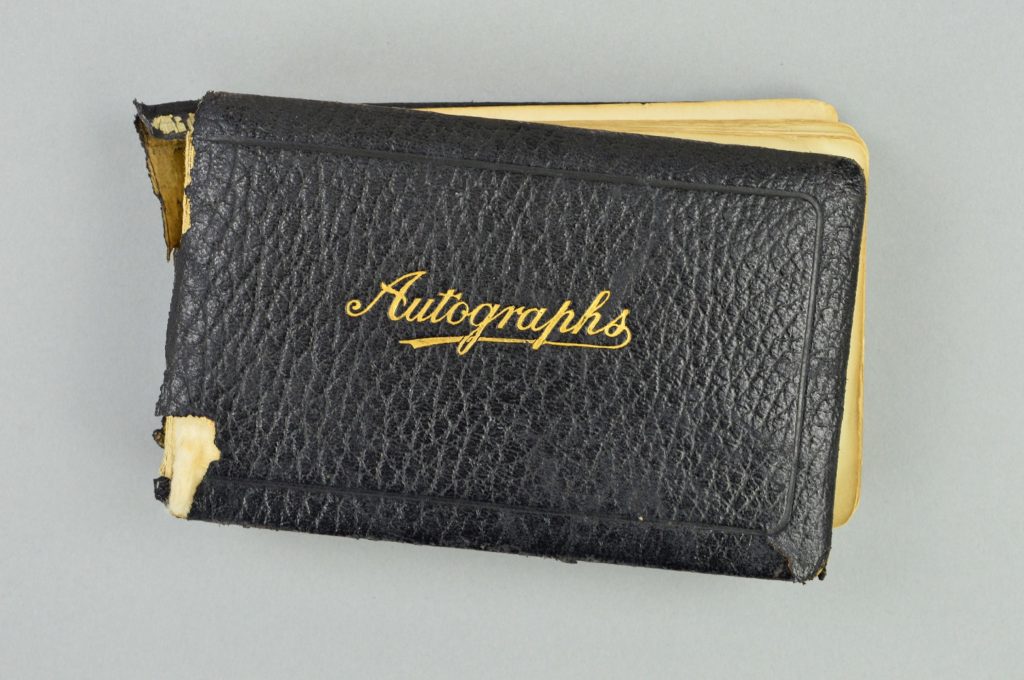 Lydia, who was born in 1897 and died in 1983, worked tirelessly for Barnardos and at one point travelled to Australia on behalf of the charity.

She also had links to Godalming in Surrey but in her later years lived in a flat at Gravelly Hill, Birmingham.

“My dad would mow the lawn while we would sit with her eating sandwiches and watching the wrestling,” said Linda, from Solihull.

“But I don’t remember her ever mentioning the autograph book or the Elgar manuscript.

“It’s a bit of a mystery as to how Lydia compiled the signatures of so many famous and influential people and we would love to find out more.”

Sir Edward William Elgar (1857 – 1934) is regarded as one of England’s greatest composers, with many of his compositions featuring in classical concert repertoires all over the world.

Orchestral works such as the Enigma Variations and Pomp and Circumstance marches sit among his best-known compositions alongside two symphonies and concertos for violin and cello.

Other signatures in the book include those of Charlie Chaplin, the future King George VI (1923 was the year he married Lady Elizabeth Bowes-Lyon) and many important figures from the First World War including Marshal Ferdinand Foch, the supreme Allied Commander during WW1, and Field Marshal Earl Haig.

The Elgar manuscript and the autograph collection are being sold as two separate lots in Richard Winterton’s Library Sale in Staffordshire  on March 26.