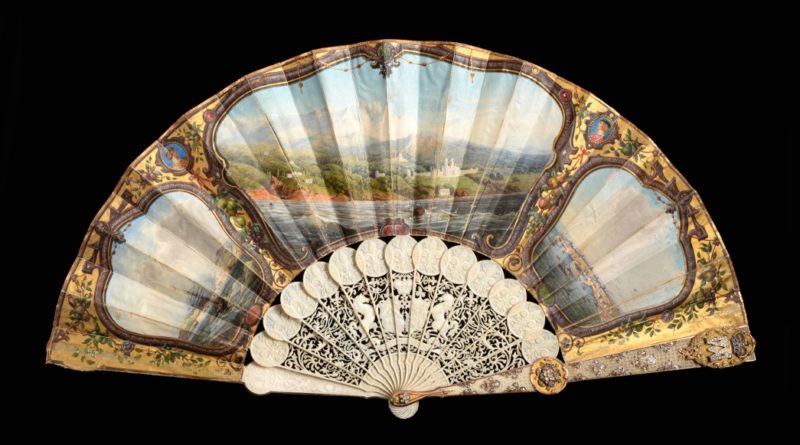 The 19th-century wedding fan that belonged to a Russian princess could sell for up to £50,000 at a North Yorkshire sale in June.

The rare and extravagant antique Russian fan is decorated with diamonds and sapphires, and was thought to have been a gift for Madam Stolypina (née Princess Trubetskaya) on her marriage to Semyon Mikhailovich Vorontsov in 1851. 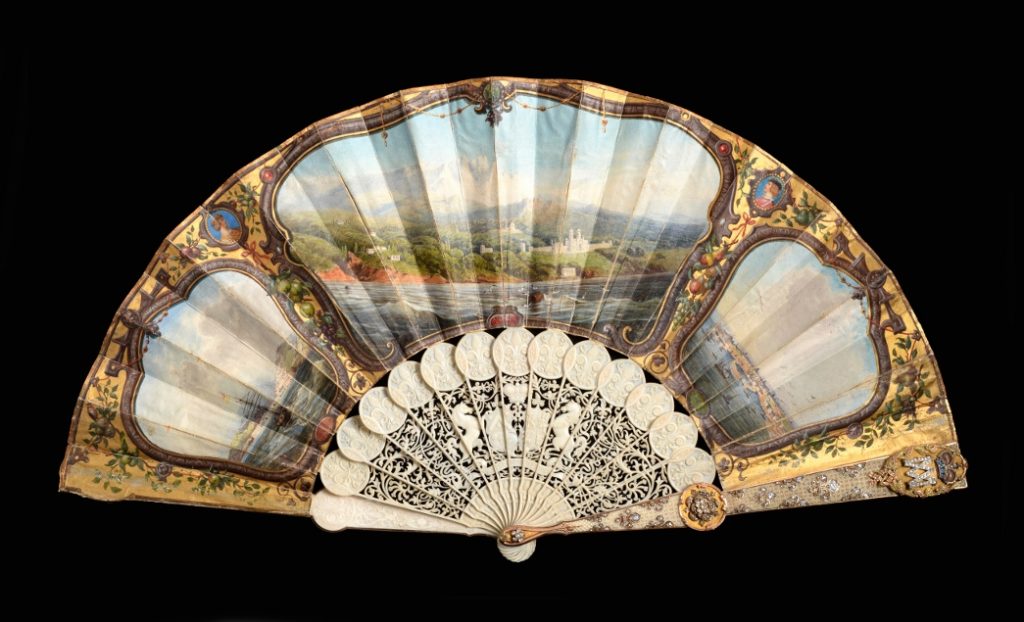 Research undertaken on the fan also suggests that the fan was ordered from top Parisian jeweller Mellerio by Queen Marie-Amelie of France.

Tennants’ Fan Specialist Mary Cooper said of the fan, “The combination of fine craftsmanship and provenance in this fan is astonishing – it really is a dream item for collectors. It is a privilege to be able to handle such a fine fan.”

With an estimate of £30,000-50,000, the fan has intricately carved ivory guards encrusted with pink, white and yellow gold, diamonds, sapphires and a coronet over the initials ‘WV’ picked out in diamonds.

A coat of arms combining the arms of the two families is carved in the ivory gorge (sticks), with the motto of the Vorontsov family ‘Semper Immota Fides’ (Always Unwavering Loyalty). The paper leaf is hand-painted with views of Odessa, Sebastopol and the Chateau d’Alhambra at Yalta (the Voronstov family’s palace), and the fan is signed by renowned fan-maker Alexandre and Edouard Moreau, one of the most sought-after fan painters.

The Fan Sale at Tennants on June 27 will also include a number of other rare fans, such as an example with a monture in the form of a dagger or sword hilt, a very rare 18th-century fan with a thermometer and hygrometer, an early Chinese fan inset with mica, a fan with insert for a watch or spyglass, and a Thomasse animal fan.

Also included in the sale are topographical and wartime fans from Spain and France, commemorative fans, scarce examples from the French Revolutionary period, fine fans with Royal connections and a varied selection of lace and feather fans.