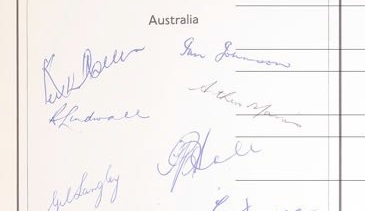 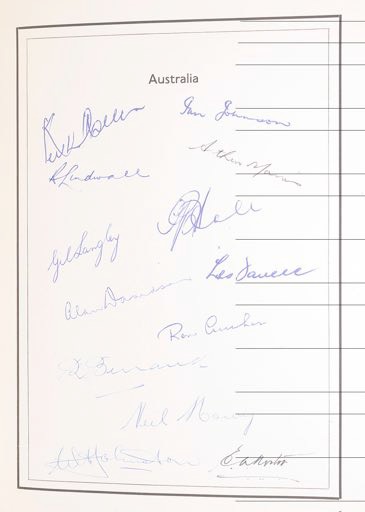 With the English cricket season getting into full swing and the Cricket World Cup set to take place in England and Wales next month, an autograph book filled with the signatures of cricketing legends could bowl over bidders in a Surrey auction.

Catherine Southon Auctioneers will offer the autograph book, which dates back to the 1950s and contains the signatures of seventeen count cricket teams, plus the teams of England, Australia and Pakistan.

The signatures are mainly signed in ink and biro under a heading for the relevant county/country team, each team signed on a separate page, signatures include such luminaries as Len Hutton, Peter May, Keith Miller (Australia), Hanif Mohamed (Pakistan), Godfrey Evans (Kent), and Fred Truman. It is in very good condition and estimated to fetch £300 – £500.

As Catherine Southon explains: “The cricket autograph book contains approximately 262 signatures. It was produced for the Surrey and England Cricketer Jim Laker’s Benefit Year in 1950s, and was raffled among the members of the Surrey Cricket Club at the Oval. It was won by the manager of the current owner who in-turn raffled it among his employees.”

Elsewhere in the sale taking place on May 1 is an unusual early 19th-century gilt brass and paste set dog collar, which carries an estimate of £200 to £300. 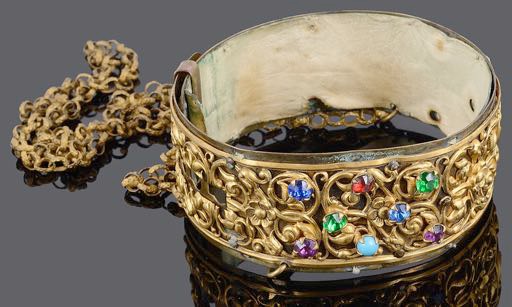