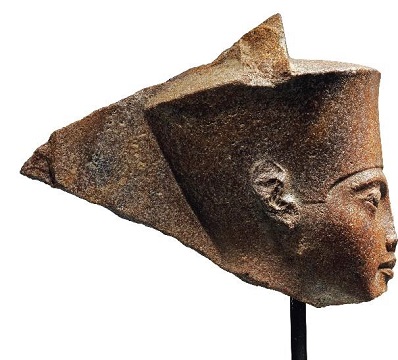 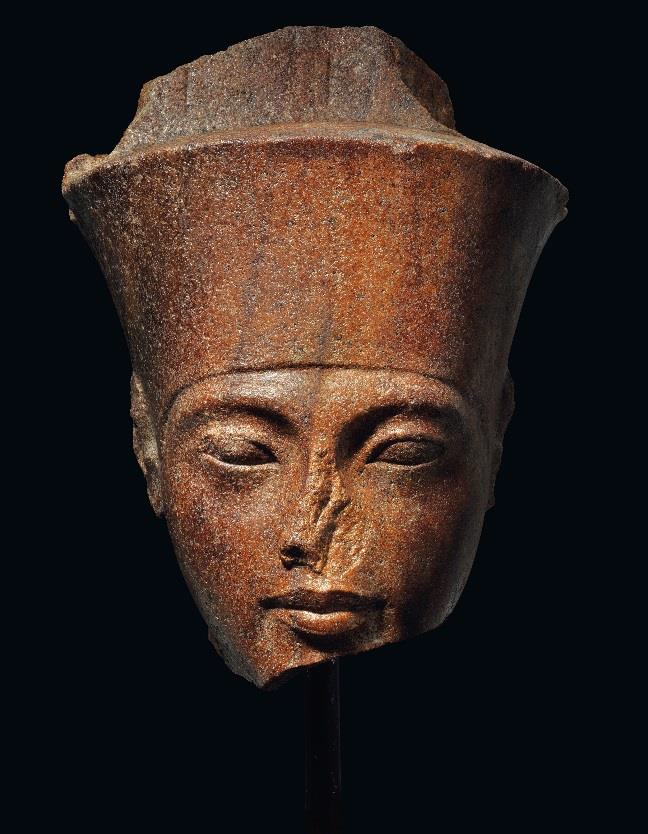 An ancient Egyptian quartzite head with features of King Tutankhamen could sell for up to £4 million when it goes under the hammer in London next month.

The brown quartzite head of Tutankhamen as the God Amen, its features reminiscent of the Pharaoh Tutankhamen, a device used to align the ruling King with deities, will lead Christie’s The Exceptional Sale in London on July 4.

The head which has been well published and exhibited in the last 30 years, is expected to realise over £4 million.

This head was part of a statue of the God Amen, the most important deity of the New Kingdom. The distinctive crown, which would have been surmounted by tall double feathers, is part of the god’s iconography.

Over 3000 years old, this exceptional representation of the King (28.5 cm high) is sold from the Resandro Collection, one of the world’s most renowned private collections of Egyptian art, part of which was sold in 2016 by Christie’s for over £3 million.

The facial features – the full mouth with slightly drooping lower lips, and almond-shaped, slanted eyes, with a deep depression between the eyes and eyebrows – are those of Tutankhamen. Similar representations of the God Amen also with facial features of the young king, were carved for the temple of Karnak in Upper Egypt, as part of the royal restoration program.

The young pharaoh comes to life thanks to the particularly naturalistic depiction of the face inherited from the Amarna Period, which appeared during the reign of his father Akhenaton. This piece exudes strength and serenity, a testament to the craftmanship of Amarna sculptors. 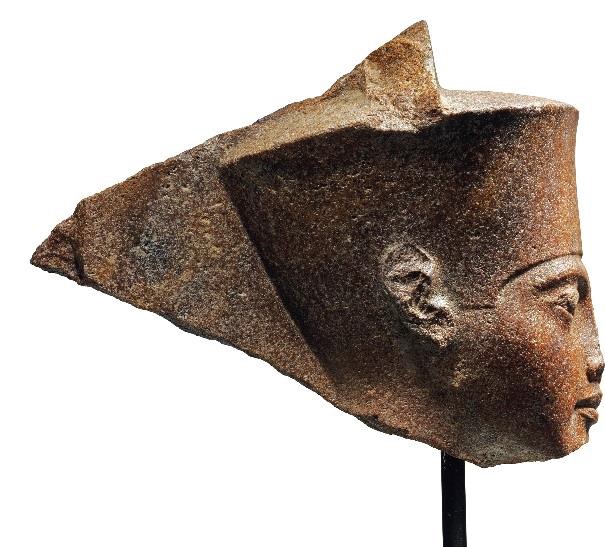 Tutankhamen was 9 years old when he became Pharaoh, and reigned between 1333 and 1323 B.C., one of the last kings of the 18th Dynasty. This period is considered the golden age of ancient Egypt, not only in terms of regional and cultural influence, but also because of the incomparable beauty and quality of the art produced then.

Tutankhamen is the most famous Egyptian Pharaoh in history thanks to the phenomenal discovery of his intact tomb in the Valley of the Kings in 1922 by Howard Carter and Lord Carnarvon.

The present lot was acquired from Heinz Herzer, a Munich-based dealer in 1985. Prior to this, Joseph Messina, an Austrian dealer, acquired it in 1973-74 from Prinz Wilhelm von Thurn und Taxis who reputedly had it in his collection by the 1960s.