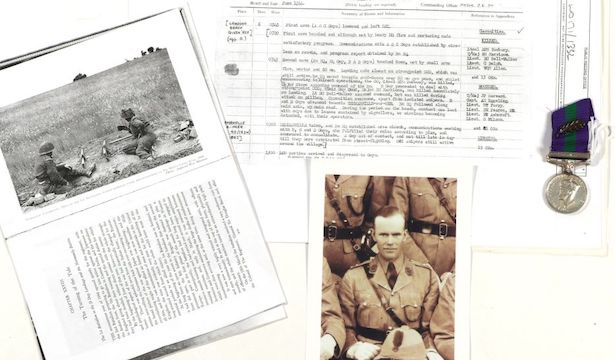 A General Service Medal awarded to a soldier who lost his life in the D-Day landings was the highest-selling medal in a recent North Yorkshire sale which saw a variety of medals secured strong prices when they went under the hammer. 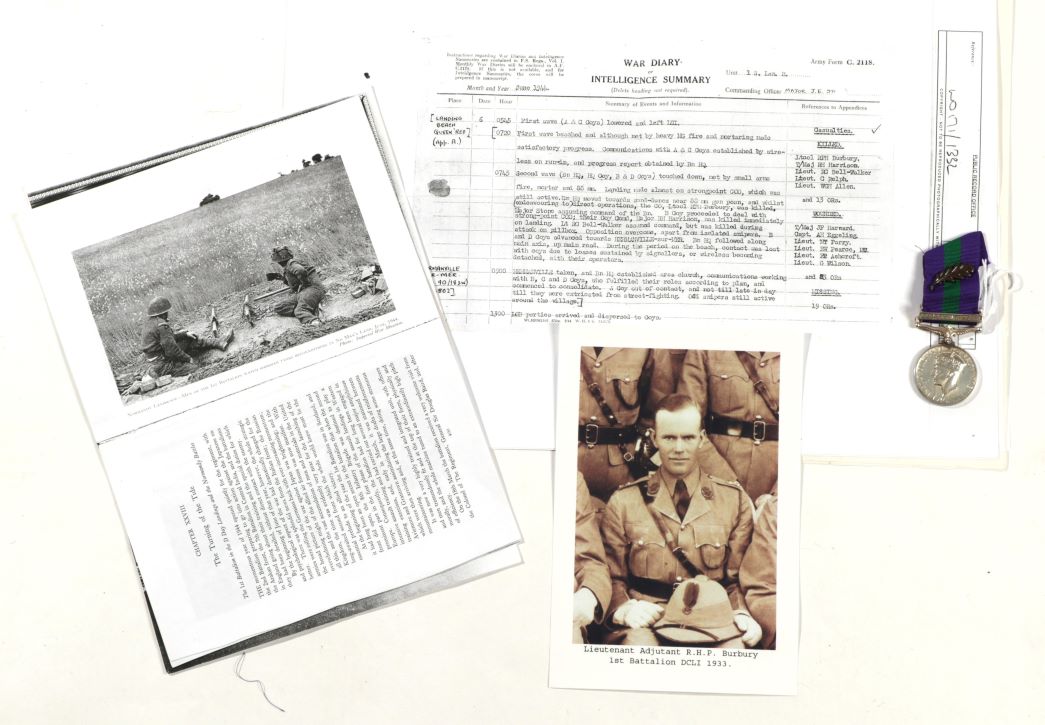 The medal featured a Palestine clasp and MID oakleaf, and was sold alongside a copy of the war diary for June 1944 noting Burbury’s death, a map and photographs. Richard Burbury was born in Barnsley and was commissioned with the Duke of Cornwall’s Light Infantry as 2nd Lieutenant in 1925. He was commanding the 1/South Lancashire Regiment as Lt. Colonel on the D-Day landing of June, 6 1944 when he was killed in action.

From the same collection came a First World War/North West Frontier Group of Five Medals, awarded to Captain Norman Edward V. Kynaston of the Liverpool Regiment, who served in the Territorial Force, before transferring to the Indian Army and later returned to serve in the Liverpool Regiment.

From other vendors came strong lots such as a George Medal, awarded to civilians who show extraordinary courage in the face of enemy action, which was given to Percival Tyrrell Hague, a Corporal in the Home Guard for remarkable gallantry shown during an Air Raid over Nottingham Corporation Gas Works. 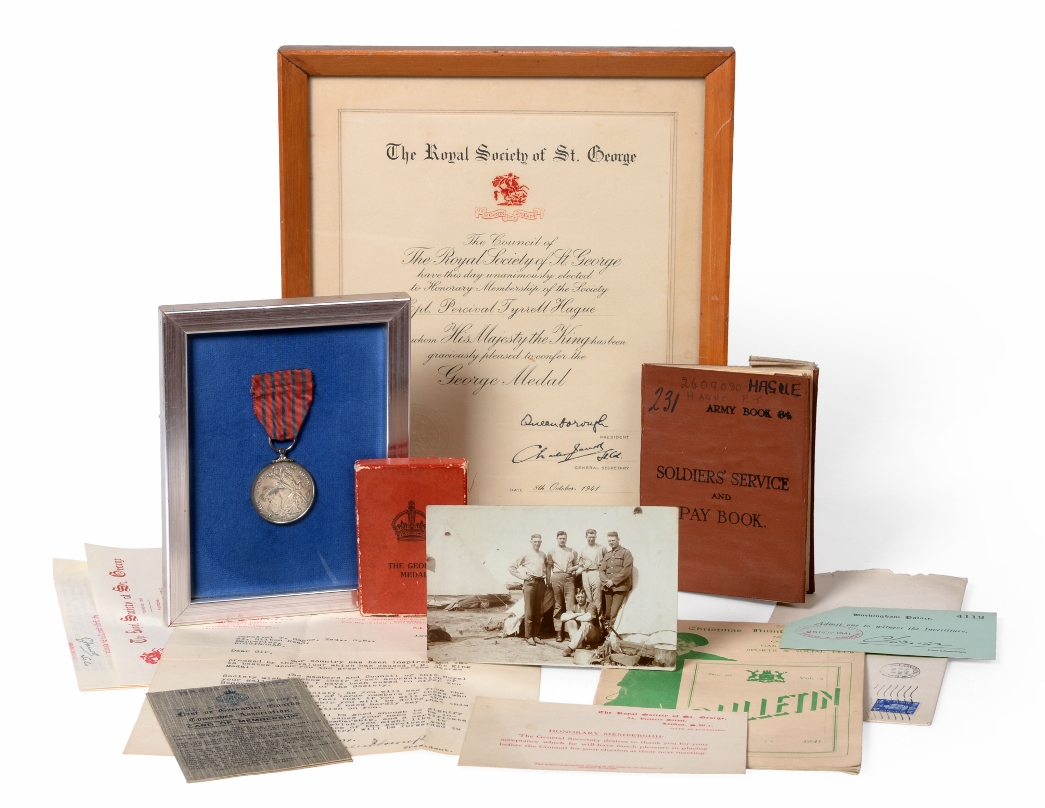 After a shower of incendiaries had fallen on top of a 90ft gasholder he noticed that three of them had got lodged, so he climbed up and knocked them off. Soon afterwards, when he and a colleague, E. W Morrison, were trying to close down valves a high-explosive hit a nearby gas holder which burst into flames. Despite their clothes being on fire, they continued with their work and managed to save the chief parts of the plant. The medal and related material sold for £4,000.