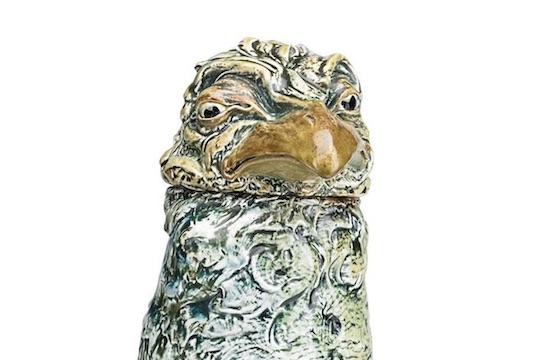 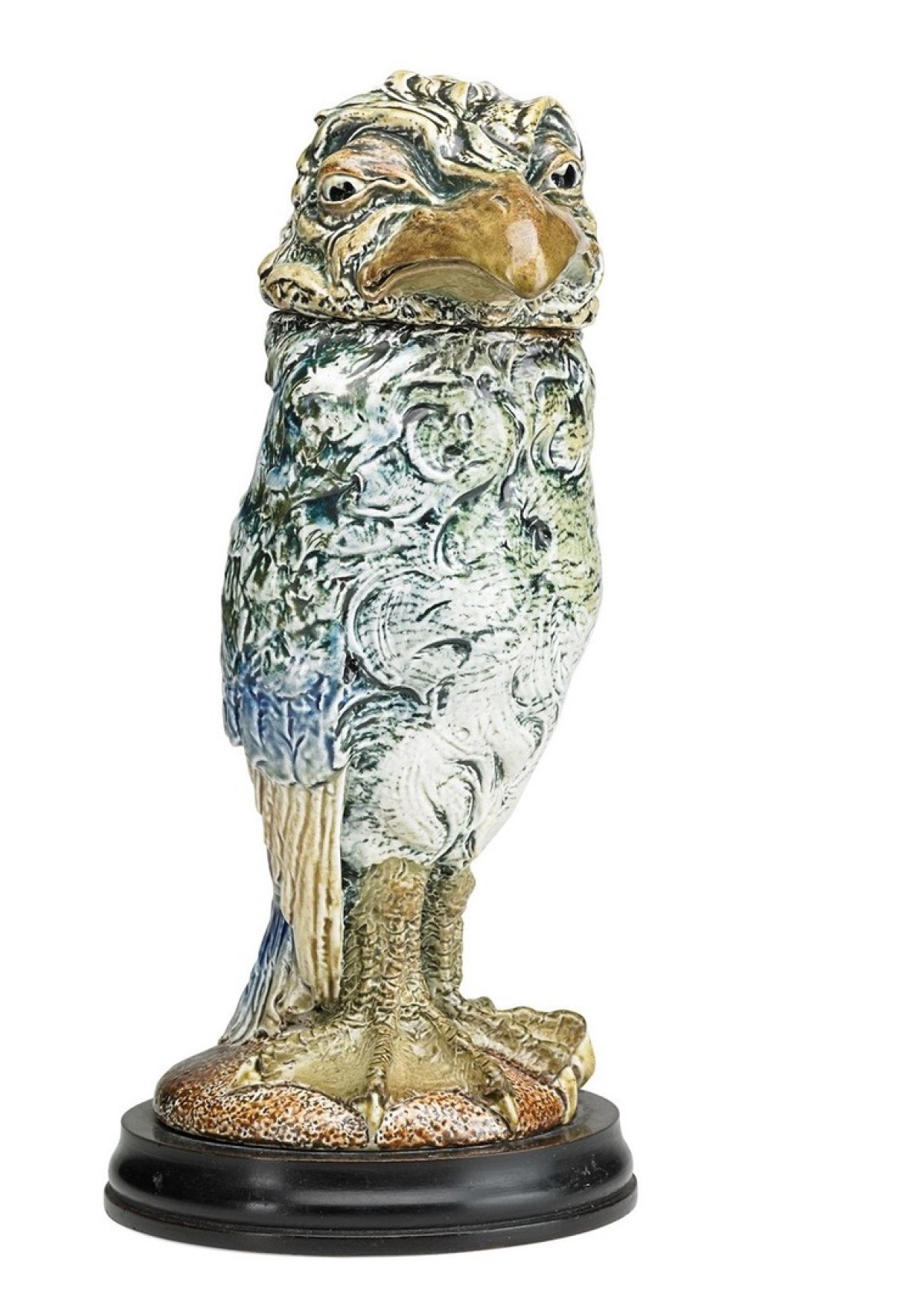 A single owner collection of highly sought-after pottery by the Martin Brothers is to go under the hammer in a New Jersey auction house.

The 27-piece grouping has been collected by British dealer Alison Davey of AD Antiques, who is recognised as a leading authority on the manufacturer. The collection includes rare examples of single, double and triple bird forms humidors and vessels, and is one of the largest to be sold at auction, with estimates ranging from $6,000 to $75,000.

Martin Brothers (1873 – 1923) was a London-based pottery manufacturer owned and operated by four brothers, Wallace, Walter, Charles, and Edwin, whose productions bridged the gap between the Victorian design sensibilities of the late 19th century and the English studio pottery movement of the early 20th century.

Martin Brothers produced stoneware pottery, broadly referred to as Martinware, including bowls, vessels, tiles and novelties that were often rendered in a whimsical yet highly skillful style.

While all Martinware is highly valued on the secondary market, it is the manufacturer’s bird-form vessels, referred to as “Wally Birds” by collectors, that are the most passionately sought after.

Rago Auctions has offered hundreds of works by Martin Brothers at auction and privately over the past 35 years, including over one hundred Wally Birds which regularly sell for five or six figure sums.

Highlights from the upcoming single-owned collection include:

The sale starts on September 21.