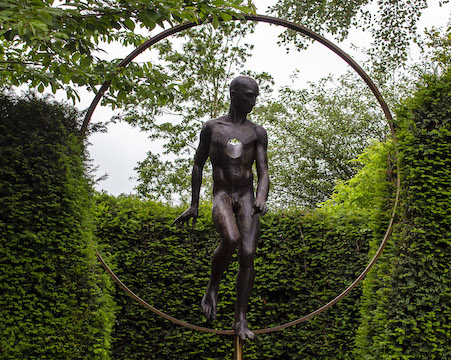 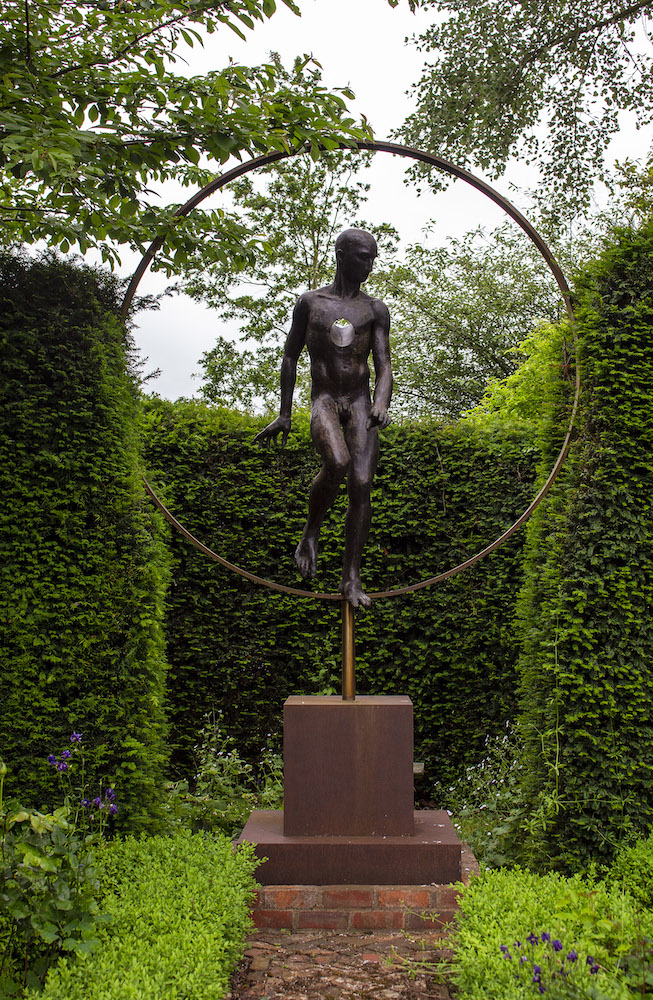 The contemporary Italian artist is well known for his monumental public art and his smaller, more intimate studies.

Crossing a Millennium is a signed, bronze and steel sculpture, measuring an imposing 3.7 metres in height. It is numbered 1/4, is stamped with the founders mark, and is mounted on a square, stepped steel plinth.

El Toro is a more modestly-sized patinated bronze sculpture of two hands which, when lit by the integral lamp in the 40cm square, ebonised base, projects the shape of a bull’s head onto the wall behind. This sculpture measures 76cm high, and is signed and numbered 8/9.

Quinn has exhibited internationally and has featured in renowned art fairs such as the Venice Biennale in 2017, where he unveiled his highly regarded installation Support. This works sees two large hands emerging from the Grand Canal to safeguard and support the historic building of the Ca’ Sagredo Hotel. The piece highlights the environmental, economic and social impact of climate change on the city of Venice.

This year, Quinn’s work has been featured in the 58th Venice Biennale, where another monumental sculpture towers over the Venetian sea. Building Bridges, which features six enormous human hands rising nearly 15 metres above the old shipyards of the Arsenale District, again reminds us and political leaders of the costs of climate change and the action needed to stop it.