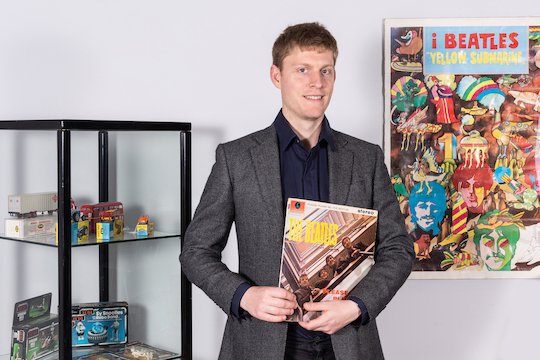 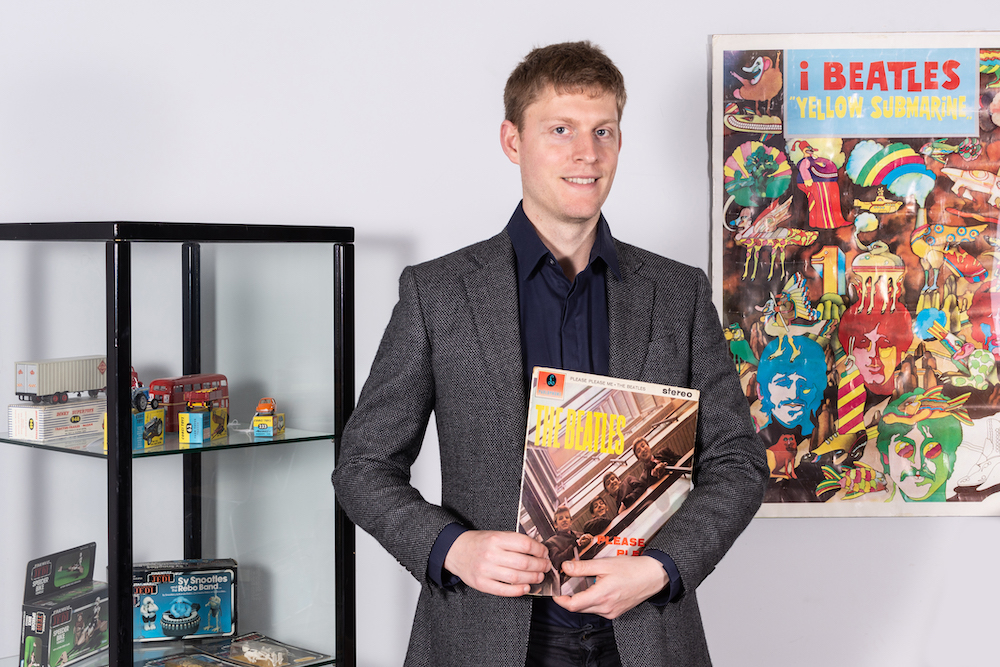 Get set to raid your attic and clear out your cupboards, vintage toys and memorabilia are coveted by collectors, so your memorabilia could be worth money at auction. Here Andrew Smith, the in-house toy specialist at auction house Gildingsin Leicestershire shares what to look out for and the key questions to answer.

This is the first question on most collectors’ minds and the answer is not always yes.  For example, original film posters spawned many reproductions and should smell a little musty if pre-1970s due to the paper ageing. As well as originality, the provenance of an item can be important. For example, Sindy dolls made in the UK are more valuable than those manufactured in Hong Kong.

Boxed and in pristine condition is best.  Our consignment of Star Wars, Action Man and Rambo figures in our Toys, Memorabilia & Railway Model auctionon June 24 is ex-shop stock and, therefore, more collectable.

With dolls make sure that there are no nibbles to limbs. Cleanliness and complete sets of hair and eyelashes are also important. Rare intact figures are also covetable – in the 1970s, Action Man appeared with gripping hands which tended to lose their fingers, so a figure with all ten digits intact is sought-after.

When it comes to film posters, be wary of creases, tears, fading and foxing of the paper. Serious collectors of comic books will expect near mint condition. With sports-related trading gum cards from the 1960s and 70s, look out for stain-free full sets with crisp square corners.

3 The importance of era

With the dropping of value in traditional doll markets, 1960s/70s fashion dolls such as Barbie, Sindy, Pippa and Tressy are becoming increasingly popular.

The Marvel Universe craze is generating new collectors of the characters in comic-book form. Pre-1970 comics tend to hold the most value, especially #1s or early numbers of popular characters, such as Spider Man, Avengers, X-Men and The Fantastic Four.

With die-cast toys, there has been a shift in popularity from 1950s models to 1960s and 1970s productions with Corgi becoming almost as valued as Dinky toys. 1970s and ‘80s Lego sets such as Lego Space, Pirates, and Trains have also become very popular with collectors.

Collectors are always looking for that extra special detail. With Sindy dolls, a side parting is rarer and therefore more collectable than a central parting. When it comes to comics, look out for first appearances of heroes or villains; Spider Man first appeared as part of Amazing Fantasy issue #15, and is worth more than The Amazing Spider Man issue #1. Comics released in the US are more popular than UK versions.

With vinyl, watch out for first pressings and limited releases. The pressing is determined by the stamped matrix number on the inner rim of the vinyl and the label and sleeve design. For example, the first pressing of Please Please Mefrom The Beatles can be worth £3,000 in very good condition, while later pressings (even within a 5-year period) could be worth just £20. Also, look out for vinyl presser “signatures”– a first pressing of Queen’s Night at the Operashould be inscribed “Blair’s” next to the matrix.

The vinyl revival has increased general demand, making vinyl that would have been just 50p or £1 not long ago, now worth £5-£10 apiece, irrespective of genre. The biggest market is still pop, rock, heavy metal, new wave, northern soul, Brit pop and prog rock. Look for 1990s releases as this was when vinyl production was at an all-time low, so rare pressings of the iconic Blur and Oasis albums can reach up to £100.

Large quad size film posters are particularly popular, and the more iconic the franchise the better, for example James Bond. Certain genres such as the classic horror and early sci-fi films of the first-half of the 20th century are also in demand.

As well as 1960s/70s fashion dolls, the early Action Man figures, produced in the 1960s, are highly collectible. Action Man spawned a generation of action figures in the 1970s and 1980s including Lone Ranger, He-Man, Rambo, Transformers, and the iconic Star Wars series, all of which are highly sought after.

All the light-weight and heavy-weight Subbuteo teams from the 1950s are collectible. Heavy-weight teams tend to be more popular and are indicated with a black dot on the end of the box.

Collectors are always on the lookout for accessories. When it comes to fashion dolls such as Sindy and Barbie, the clothing can be worth as much as the dolls themselves if complete and in good condition. Action Man clothing and vehicles are also collectable, particularly if boxed.

1970s-1990s consoles, computers, and games are a booming area. If games are still sealed in their original cellophane it can make the game worth 10 times more. At Gildings we recently sold a cellophane-wrapped Nintendo Game Boy for £460. Early PC games in original big boxes are also predicted to go up in value.

8 How much money can I make?

As we have seen, the prices that can be achieved for toys can be significant, with collectors paying up to £500 for an individual Sindy in mint condition. Early 20th-century construction toys, such as the early wooden Meccano sets, can reach high prices, with the most popular being #10 set, commanding as much as £2,000.

Lego started off as British invention designed by Hilary Fisher-Page for Kiddicraft before the patent was bought by Ole Kirk who went on to found Lego in 1949. Original Kiddicraft sets are very rare and sell for in the region of £400.

9 Which toys will be popular in the future?

The popularity of Lego means that complete boxed sets will always be worth keeping for the future. Collaborations with major film studios including Harry Potter, Star Wars and Marvel will certainly be a good investment for years to come.

10 Exceptions to the rule

Sometimes flaws do not stand in the way of making money. At our upcoming Toys & Memorabilia auction, we have a rare first pressing of The Beatles Please Please Mealbum. This copy is scratched, so although it may not reach the £2000 we sold a copy for in 2015, it still has an estimate of £400-600.

Andrew Smith is the in-house toy specialist at Gildings, an independent second generation family-run auction house in Market Harborough. He combines a specialism in die-cast toys from the pre and post-war eras with an expert working knowledge of popular emerging markets including vinyl records, early digital and computing and 1970s/80s toys and memorabilia. Gildings hold weekly expert valuations and due to high demand are launching ‘Memorabilia Monday’ valuations every month starting from May.