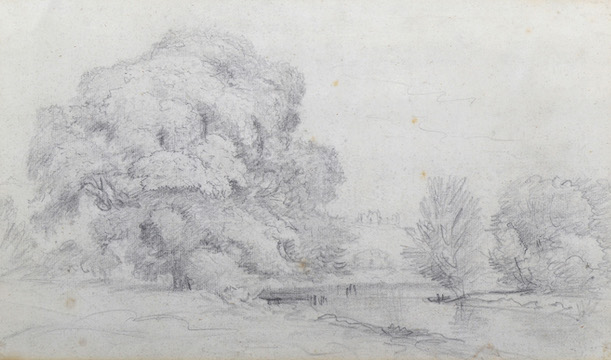 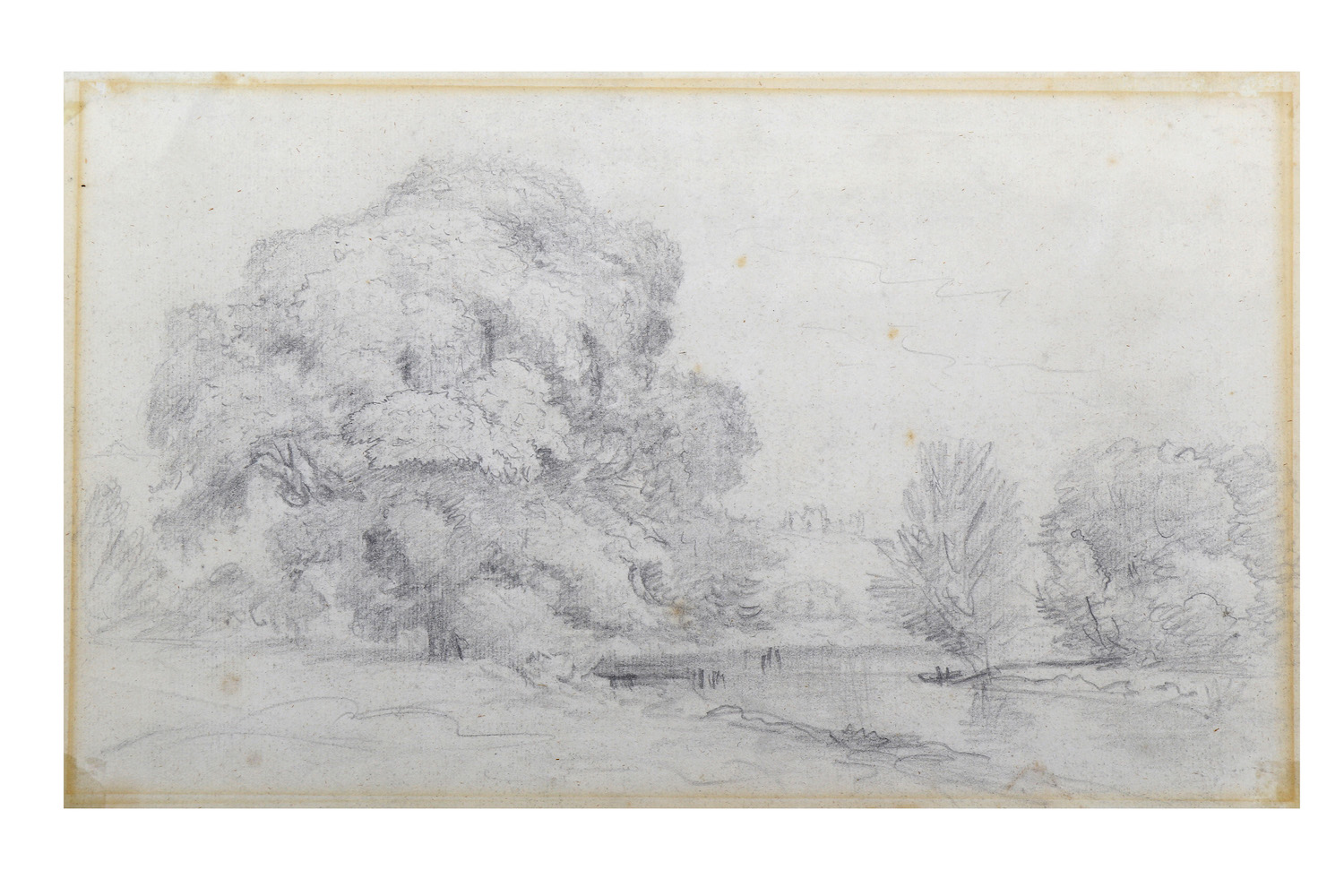 The pencil drawing titled A River Landscape: A group of tall trees on the left, a bend of the river with willows on the far bank on the right, in the background a hill with a castle, emerged from an important private collection in the UK.

After research by Chiswick Auctions art specialist Suzanne Zack and two external art experts, it was confirmed as being by the revered English artist.The castle in the picture is thought to be Framlingham Castle, as it was thirty miles north of East Bergholt, where Constable resided. He also drew the castle many times between 1800-1815. 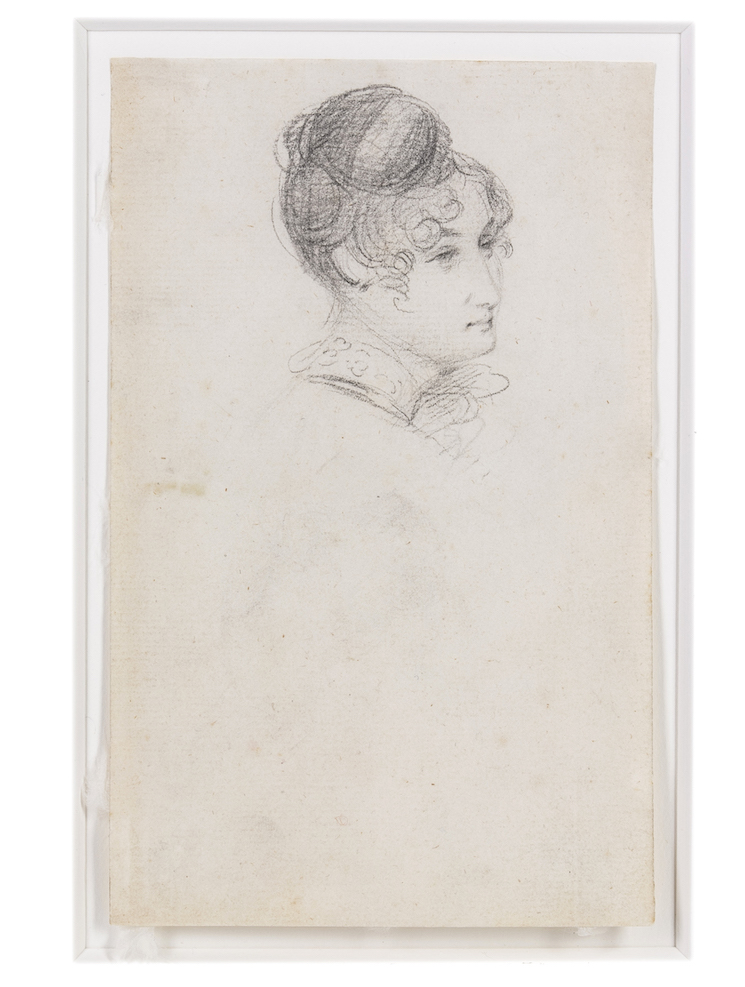 Gregory was renowned for his discernment, only having the best works by Constable in his collection. Interestingly, the paper on which it is drawn was made by Joseph Coles at Lower Wookey Mill in Somerset, which Coles ran from 1788-1833, helping to approximately date the sketch. It bears a watermark that was in use between 1805-1815.

Another recently rediscovered Constable work in the sale was a pencil drawing of Constable’s wife, Maria Elizabeth Bicknell (1788-1828). The sensitive encapsulation of the love of his life, evokes Constable’s sentiment towards her, which lasted until her untimely death of tuberculosis in 1828.

Constable preferred to do portraits of his friends and family, rather than commissions for strangers and when he painted their portrait, he put a great deal of significance and feeling into the character of the sitter. This comes through very much in his most intimate portraits where the relationship between artist and sitter can be felt. He produced over 100 portraits in his lifetime.

The drawing is from the private collection of the family of art historian Ronald Brymer Beckett (1891-1970) and comes directly from them, by descent. Beckett pursued his interest in art for many years, collecting drawings by English artists. In 1956 he was instrumental in mounting and curating the exhibition John Constable 1776-1837, held at Manchester City Art Gallery. He loaned works from his own collection and researched and wrote the catalogue.

His most significant contribution to scholarship on the painter was his extensive research into the life and work of John Constable from hundreds of surviving letters, which he devoted many years to. Between 1962 and 1975 he published eight volumes of the edited Correspondence of John Constable (London H.M.S.O., 1962-1975), as well as Constable and the Fishers: The Record of a Friendship (1952).

The Times Literary Supplement at the time wrote that, ‘No one, after reading a single volume, will come without a fresher and stronger vision to Constable’s painting’. Beckett died in 1970. The drawing sold for £10,625 against a pre-sale low estimate of £8,000.