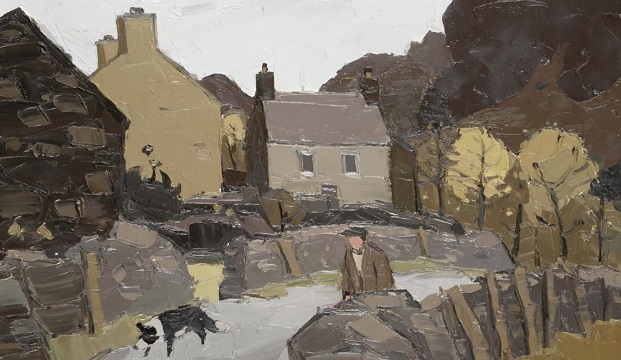 An oil painting by celebrated late Welsh artist Sir Kyffin Williams was the top lot in a North Yorkshire sale when the work, entitled Gwastadnant, sold for a hammer of £29,000. 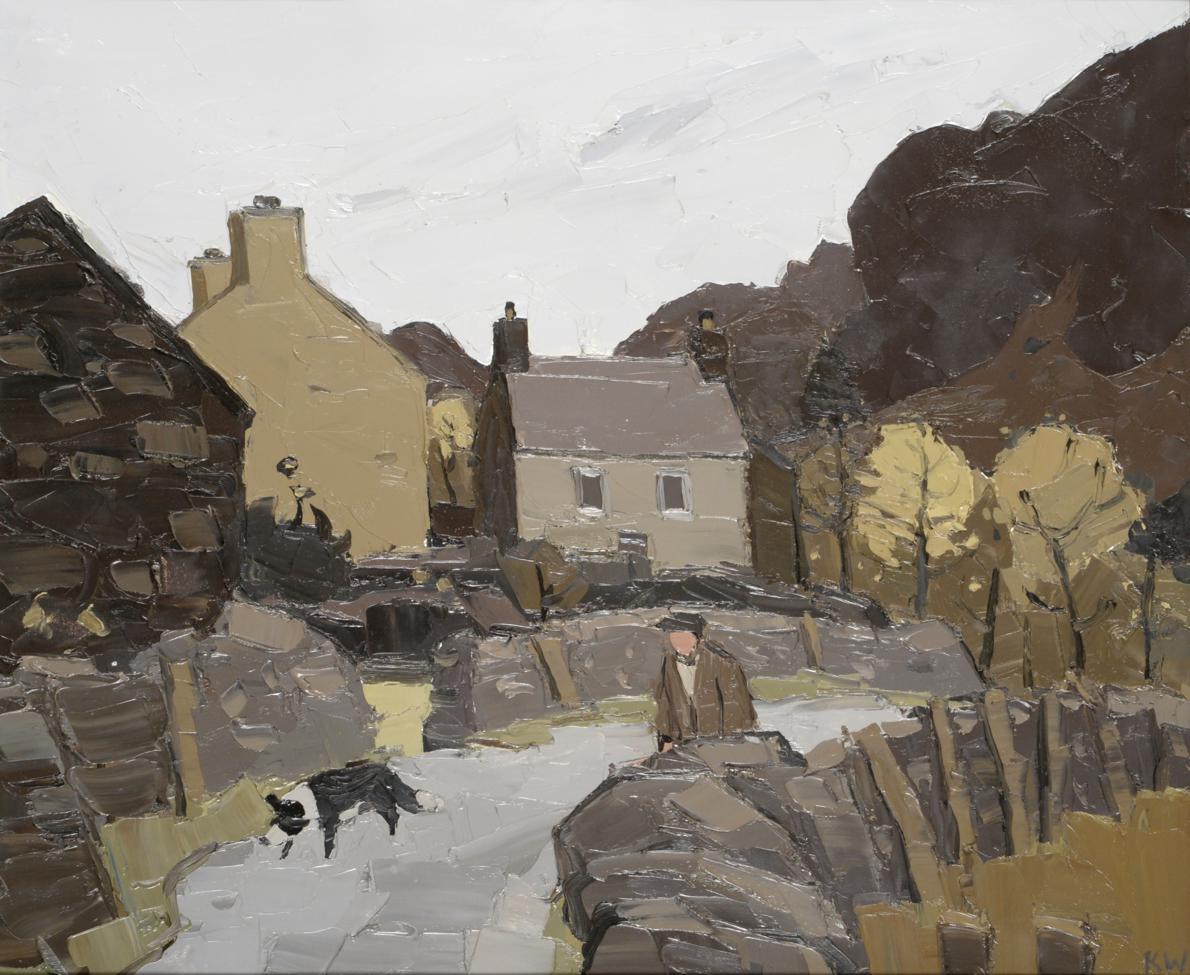 Elsewhere in Tennants’ Auctioneers Modern and Contemporary Art Sale and Modern Interiors Sale on June 22, fresh-to-market pictures with strong provenance and items made by quality furniture makers drove up the bidding. The combined hammer price for the two sales was £356,120.

The painting by the Welsh artist was exhibited at The Royal Academy Summer Exhibition in 1993. Williams is celebrated for his depictions of the Welsh landscape, which he captured using bold strokes in a subdued colour palette of black, greys, browns and olive greens.

Northern Artists continued to achieve strong prices and Street Scene With Tanky Engine by Norman Cornish sold for £15,000, while Monday, on Location with Sheep by Peter Brook sold for £5,000.

The results for these artists may have been influenced by the opening at the Dulwich Gallery last week of Cutting Edge: Modernist British Printmaking in which these two artists were featured. Elsewhere in the sale, a selection of watercolours by Edward Ardizzone sold confidently, the top lot being Holidaymakers On The Front which sold for £3,000.

The Modern Living: Art and Design Sale was dominated by a very strong selection of furniture, largely from private vendors, made by Robert ‘Mouseman’ Thompson. The top lot was a pair of ‘Mouseman’ English Oak Open Backed Bookcase Benches, from St. Hilda’s Priory, Whitby, North Yorkshire which sold for £9,000 against an estimate of £7,000-10,000.

Also in demand were usable pieces of 1970s Danish furniture which included an Arne Jacobson for Fritz Hansen: A Swan Swivel Chair, circa 1957, selling for £380 against an estimate of £100-150.

Other key lots in the sale included interesting sculptures, such as A Pulcino Glass Bird Sculpture by Alsessandro Pianon, which sold for £3,400. 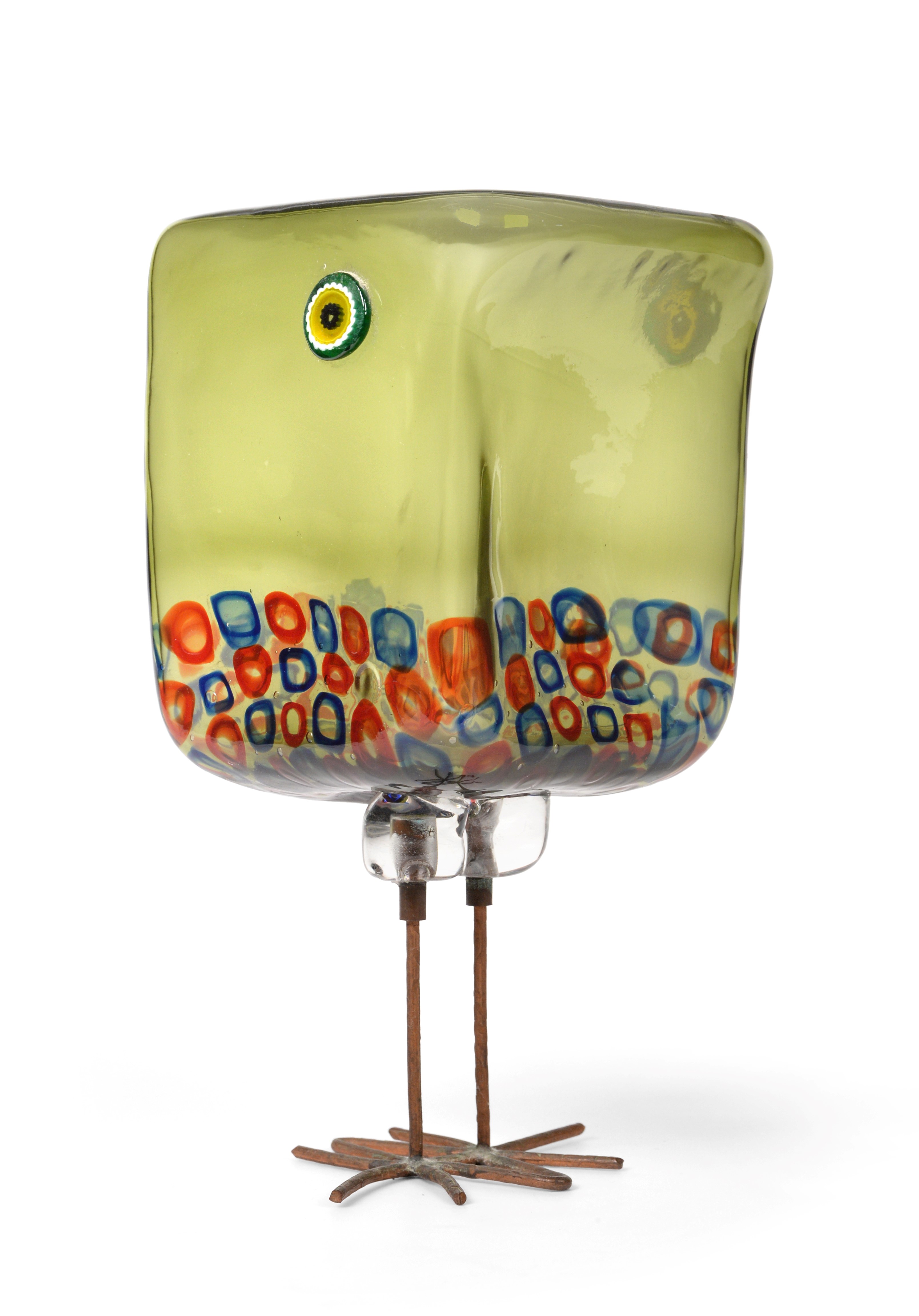