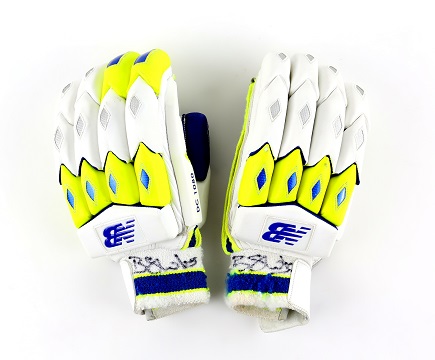 With the Ashes in full swing, collectors of cricket memorabilia look set to be bowled over by a pair of gloves worn by England vice-captain Ben Stokes that are being sold in a Surrey saleroom next month.

The pair of gloves were worn by England international Ben Stokes during the 2015 Ashes series against Australia, which saw the team take back the trophy.

The New Balance gloves, signed ‘Ben Stokes’ across both wrists, are valued between £2,000 and £4,000 by Ewbank’s. They come with a certificate of authenticity and original charity auction catalogue.

Elsewhere in the sale of sporting and movie memorabilia on October 3 and 4, one of the most valuable lots already consigned for sale is the original final artwork for 1986 cult classic move, Big Trouble in Little China, starring Kurt Russell and Kim Cattrall. The piece, signed by British designer and artist Brian Bysouth, is gouache on board and has a pre-sale guide price of between £8,000 and £12,000. The film title and credits would have been applied as an overlay at a later date.

The lot is consigned for sale by Bysouth and comes with letter of authenticity signed by the artist and Ewbank’s. Experts at Ewbank’s described it as “one of the most iconic pieces of artwork to appear to market to date”. 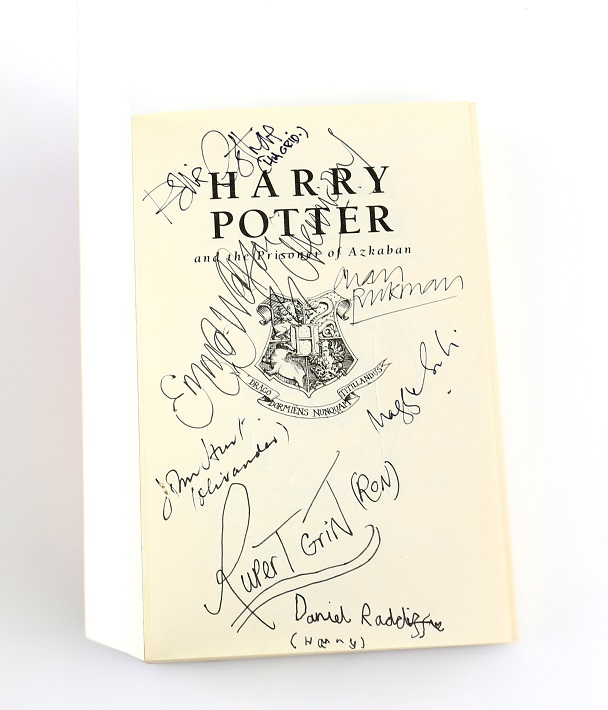 Also in the sale is a signed 1999 paperback copy of Harry Potter and the Prisoner of Azkaban. It is signed to the inside by 15 stars of the movies including Daniel Radcliffe, Emma Watson, Rupert Grint, John Hurt, Alan Rickman, Maggie Smith, Robbie Coltrane, Richard Harris, and Fiona Shaw. The book has a guide price of between £1,500 and £2,500 and comes with a letter of authenticity.

Among the James Bond lots is an original screenplay for A View To A Kill, dated June 20, 1984. On the front cover is the name ‘Walter’ in pencil to the top right, and it is numbered 123 to inside page. With revision pages, there are 150 pages in total. It carries an estimate of between £800 and £1,200.

It has been consigned for sale by the family of Walter Gotell (1924-1997) the German actor known for his role as General Gogol, head of the KGB, in the Roger Moore-era of the James Bond film series, He also played Morzeny, a villain, in From Russia With Love. Gotell also appeared as Gogol in the final part of The Living Daylights (1987), Timothy Dalton’s first Bond film.

A British Quad film poster for 1964 Bond film, Goldfinger, starring Sean Connery in the title role, featuring artwork by Robert Brownjohn, has been valued at between £2,000 and £4,000. 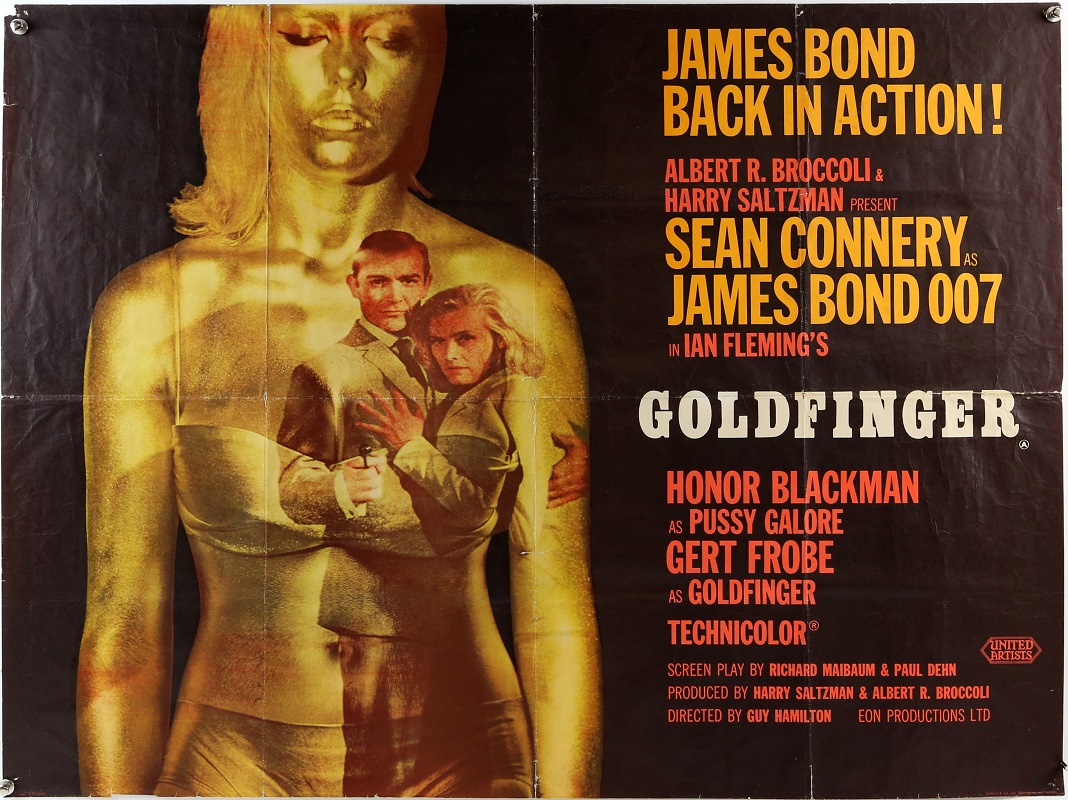 Other movie memorabilia lots of note include an acrylic production-used crystal prop from the Fortress of Solitude scene in 1978 film Superman. The scene saw Superman (Christopher Reeve) summon the consciousness of his father Jor-El (Marlon Brando). This rare piece has one green end, and measures 18 inches long. It has been valued at between £2,000 and £4,000.

The vendor, John New, worked in the art department of more than 180 films, including Superman.

The outfit comprises a tweed jacket and beige trousers made for Caine by A Levy, Walworth London with handwritten label ‘No G511 Date 14/5/65 M. Caine W’. The vendor’s grandfather was a carpenter on set at Twickenham Studios and purchased these garments after completion of filming.

A drumstick belonging to Queen’s Roger Taylor has an estimate of between £150 and £250. It is engraved with Taylor’s name and was given to the vendor by Roger Taylor in person after she appeared in the Friends Will Be Friends music video in 1986.