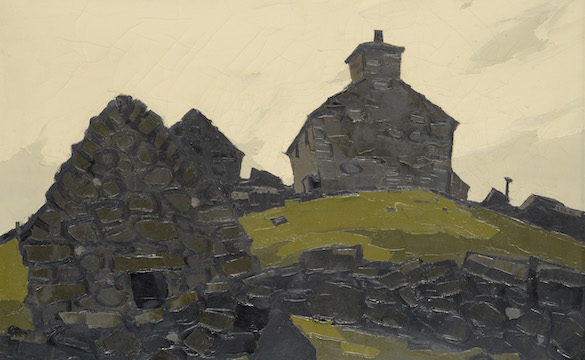 Examples of Modern British art by leading names such as Sir Kyffin Williams, Norman Cornish and Mary Fedden are set to be sold in a North Yorkshire auction house later this month. 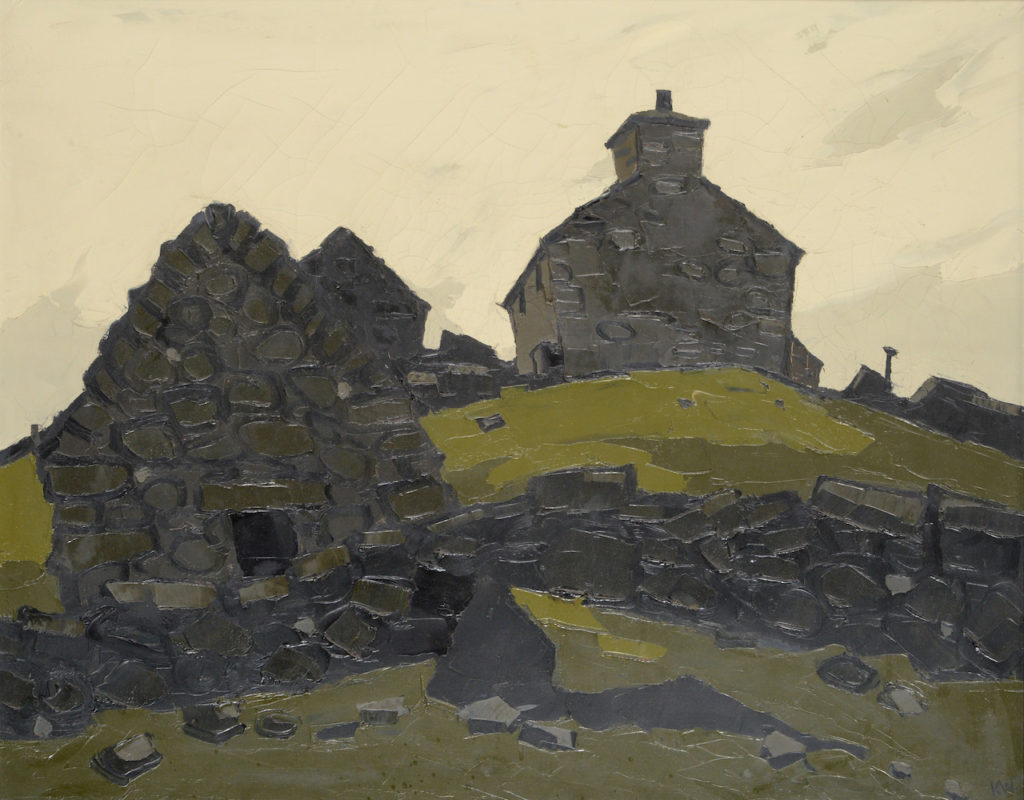 Tennants Auctioneers will hold its Modern & Contemporary Art Sale on October 12, which will include two works by Sir Kyffin Williams, whose love for and affinity with the landscape of his Welsh homeland is evident in his work. ‘Llanrhwydrys’, an oil on canvas, depicting an Anglesey cottage with ruined outbuildings is on offer with an estimate of £8,000-12,000, and a watercolour of the Brecon Beacons castle ‘Carreg Cennen’ is entered with an estimate of £2,000-3,000.

Northern Art is well represented with five works by mining artist Norman Cornish, which include a pastel of ‘Pit Road’, one of Cornish’s favourite subjects, carrying an estimate of £8,000-12,000; an oil painting ‘Little Snow Scene’ of children playing before a church is estimated at £5,000-8,000; and a pastel portrait of Barbara Coia, aged 8 has an estimate of £3,000-5,000.

Other notable Modern British prints in the sale include works by Peter Blake, John Piper and a group of etchings by Norman Ackroyd.

Other highlights of the auction include a fine still life by Dutch artist Henk Helmantel, ‘Still Life of White Onions in a Painted Earthenware Bowl‘. Helmantel is much admired for his classically composed still life paintings, deeply inspired by his country’s artistic traditions. He combines an exquisite use of light and technical mastery to produce paintings that are at once both deeply rooted in the traditions of the old masters and starkly modern. The painting is offered with an estimate of £8,000-12,000.

Elsewhere in the sale, ‘Paris La Madeleine’ by Antoine Blanchard, who is known for his bustling Parisian scenes, is also on offer with an estimate of £7,000-10,000.