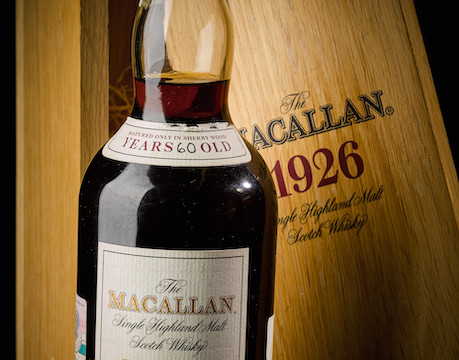 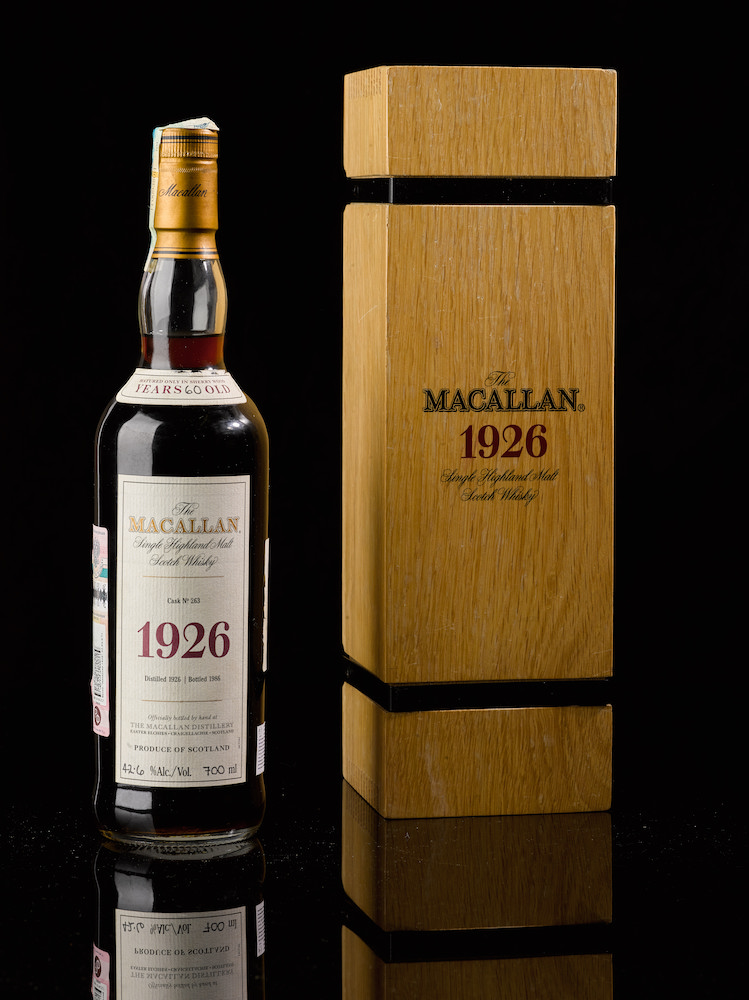 A new auction record has been set for a bottle of whisky when a Macallan whisky sold for £1.5 million at Sotheby’s in London.

The bottle of ‘The Macallan 60 Year Old 1926’ was offered for sale by an American private collector, and had been estimated to sell for £350,000-450,000, less than a third of the final auction price achieved.

Sotheby’s ‘The Ultimate Whisky Collection’ was led by the originally-labelled 60 years old The Macallan 1926 from cask #263.

Cask 263 yielded only 40 bottles, considered the ‘holy grail’ of whiskies; 12 bottles were labelled by Peter Blake, 12 by Valerio Adami, and two bottles were sold individually and given private labels, one of which was hand-painted by Irish artist Michael Dillon.

The remaining 14, including the present bottle, were decorated with the iconic Fine and Rare label, making then them the oldest bottles in the celebrated ‘Fine and Rare’ series, both by age and by vintage.

In the last two years, three bottles containing liquid from Cask 263 have all broken records at auction, but a bottle with the Fine and Rare label from this cask has not been seen at auction for over a decade.

The bottle has been the star of Sotheby’s ongoing auction of more than 460 bottles of whisky that are all being offered by the same American collector. He has spent the last 20 years building up his collection, and the auction house is expecting today’s sale to also break the record for any single-owner whisky auction.

The previous auction record for a single bottle was £1.2 million / $1.5 million, which was set by another bottle of ‘The Macallan 60 Year Old 1926’ drawn from the same cask (but presented in a unique bottle painted by the Irish artist Michael Dillon) at a London auction in November 2018.

One thought on “Sotheby’s sells £1.5 million Bottle of Macallan Whisky”